Is there anything more symbolic of religion than miracles? The concept of God intervening in a person(s) life is almost quintessential to the religious experience.

Unfortunately, the secular and skeptical age we live in takes a dim view of miracles, seeing them as unscientific or superstitious. This interpretation is, of course, a misunderstanding of the nature of miracles specifically and causality generally.

In this paper, I will discuss what miracles are (and are not) and enumerate five principles essential to understanding miracles. Finally, I will address some basic objections to the possibility of miracles.

In modern parlance, the word miracle has taken on a connotation that is often utterly divorced from God or religion. We use the word to suggest the occurrence of an event that is considered highly improbable; an upset in sports or our boss giving us a raise can be regarded as a miracle for us moderns.

Within theology, a miracle has very little to do with the improbability of an event. The Latin etymology, to wonder, only begins to suggest what is meant by a miracle. Depending on the phenomenon in question and the predisposition of the observers, many things can cause one to wonder. So, a miracle is more than an improbable event or an occurrence that causes one to wonder.

What then constitutes a miracle? Interestingly, there is not a set definition that encompasses the essence of a miracle.

It is beneficial in any effort to understand the Church’s teaching on a topic by consulting the Catechism of the Catholic Church. On miracles, the Catechism defines it as “a sign or wonder such as a healing, or control of nature, which can only be attributed to divine power.”

Another definition that one may encounter defines miracles as a perceptible effect that surpasses the powers of a thing’s nature and is produced by God. What exactly does this mean, and what does Catholicism understand a miracle to be?

The Essence Of Miracles

To properly understand what Catholicism considers a miracle, we must consider five principles derived from the above definitions.

The first principle is that only God can cause a miracle. This is because a miracle is a suspension or alteration of the laws of nature. Since God is the creator and sustainer of nature, only He can initiate a miracle.

The second principle is that the effect of the miracle must be beyond the power of any created thing. An effect can occur in one of three ways. First, the effect must exceed the essence of the thing affected. For example, the resurrection of one’s body is not natural for a human being. Second, the effect must surpass the power of a created subject to effect a change. For example, producing sight in one with no eyes exceeds the subject’s power. Finally, a miracle may transcend the created powers according to the mode or manner that produces the miraculous effect. In other words, God may cause an effect that nature usually produces but is contrary to how nature produces it. For example, an illness may be cured with time and rest, but if it is cured on command or through prayer, it is miraculous.

This leads to the third principle regarding miracles; they must be beyond the order of creation. This principle helps to distinguish miracles from the creative work of God. That is to say that while the creation of the universe is solely within the purview of God, it is not considered a miracle. The reason for this is that a miracle must occur within the order of an already created nature. As stated above, miracles act on the existing laws of nature.

The fourth principle is simple; a miracle must be extraordinary. The event must be one that is contrary to or supersedes the natural order. For example, in Joshua 10:13, the sun stands still. This seems to suggest that time had stopped. Such an occurrence is beyond the natural order of creation and is extraordinary.

The fifth and final principle regarding miracles is that they must be perceptible to the senses. The reason that miracles must be sensible concerns the purpose of miracles in general. In a sense, miracles are within the genus of divine revelation. While divine revelation can take place for several reasons, at a minimum, they display God’s omnipotence. The First Vatican Council put it this way: “In order that the submission of our faith should be in accordance with reason, it was God’s will that there should be linked to the internal assistance of the Holy Spirit external indications of his revelation, that is to say, divine acts, and first and foremost miracles and prophecies, which clearly demonstrate as they do the omnipotence and infinite knowledge of God, are the most certain signs of revelation and are suited to the understanding of all. (See The Dogmatic Constitution on the Catholic Faith).

Still, it must be kept in mind that divine revelation transcends reason. Therefore, it can not be entirely explicable to science or philosophy. As with all things pertaining to God, there is always the air of mystery.

It seems prudent to address two objections or misunderstandings about miracles. The first is to dismiss them because they are not subject to scientific scrutiny. While this perspective has some merit, it must be pointed out that matters related to God are, by definition, beyond the purview of science. Nevertheless, it must be admitted that science is predicated upon the existence of the laws of nature. That is to say that science did not create the law of gravity; it simply discovered it. If the one who created the laws of nature sees fit to alter or suspend them temporarily, this in no way contravenes science.

The second objection is to claim that miracles are a type of superstition. From a philosophical perspective, superstition is an error in causal reasoning. If one attributes bad fortune to the fact that one observed a black cat, that individual is said to be superstitious; he has erroneously attributed the cause of his bad fortune to a cat. If, however, one experiences an event that cannot be explained by appealing to the order of nature (for example, a resurrection), one can argue that such an event is a miracle.

Miracles are quintessentially Catholic. They are acts beyond the power of any created being and belong to the domain of God alone.

In the preceding article, I have endeavored to explain what miracles are and are not. I have also sought to articulate five principles essential to understanding miracles. I have also addressed some objections to miracles. 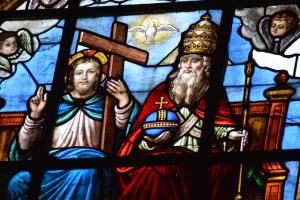 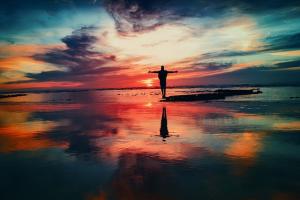