It is a question that we all ask at some point. What happens when we die? Catholic teaching has identified three “destinations” of the soul upon death. They are Heaven, Hell, and Limbo.

In this paper, I will discuss the third of these “destinations,” Limbo. It is noteworthy that even within Catholicism, the belief in Limbo is not nearly as widely accepted as the belief in Heaven and Hell. At its core, the issue of Limbo revolves around the question of what happens to children who die without the benefit of baptism.

I will begin by defining the Catholic viewpoint on the state of the dead. I will then seek to explain Limbo and conclude by examining some of the questions and objections to belief in Limbo.

The State Of The Dead

Catholic doctrine on what happens when we die can be complex. One of the more difficult and controversial aspects of the afterlife is what happens to children who die before they are baptized.

The Catholic conception of Limbo is that it is a state or abode of those souls who are excluded from the beatific vision yet do not suffer the pains of Hell. The beatific vision is that state of the soul where one “see[s] the divine essence by an intuitive vision and face to face, so that the divine essence is known immediately, showing itself plainly, clearly and openly, and not mediately through any creature” (Denzinger 1000-2).

To be in Heaven is to be in the direct presence of God. The souls in Hell are deprived of the beatific vision because they have rejected God. This is not the case for those in Limbo. That is to say that the souls in Limbo have not rejected God.

So as to explain why the souls in Limbo are deprived of the beatific vision, we must seek to understand what Limbo is.

Limbo derives from the Latin word limbus, meaning “edge” or “fringe.” It denotes the region “on the fringe” of the abyss of Hell. As Limbo is believed to be on the fringe of Hell, Thomas Aquinas sought to explain the four abodes of Hell. (Summa Theologiae Supp, q. 69, aa. 1-7).

These abodes are known as the Limbo of the fathers (a natural paradise for the Old Testament saints; now empty). The Limbo of the children (a natural paradise for unbaptized children with original sin alone). Purgatory (for those who have died in a state of grace but who require further purification). Lastly, Gehenna (the fires of Hell for the damned). While Limbo is technically adjacent to Hell, its occupants do not experience any punishment or pain.

Catholic theology distinguishes two kinds of Limbo. Abraham’s bosom was the abode of the righteous who died before Christ’s coming and His redemptive act on the Cross (what Aquinas called the Limbo of the fathers).

Before Christ, even the righteous were excluded from Heaven upon death. As such, these souls dwelled in Limbo, awaiting the Savior that would bring them into Heaven. This teaching of what occurred to those who died prior to Christ is generally not controversial. However, what often does incur controversy is the disposition of children who die without being baptized.

The Limbo of infants is the permanent state of children who die in original sin but are innocent of personal guilt. It is an article of the Catholic faith that those who die without baptism, and for whom the act of baptism has not been supplied in some other way, cannot enter Heaven. This belief is based on Jesus’ own words, “Amen, amen, I say to you, no one can enter the kingdom of God without being born of water and Spirit.” (See John 3:5).

In light of Jesus’ words, the teaching of the ecumenical councils of Florence and Trent taught that entry into Heaven could not “Take place without the water of regeneration or the desire for it” (Denzinger 1524). As such, children who died prior to baptism were believed to be excluded from Heaven.

This doctrine has not been without controversy and opposition.

Saint Bernard thought that unbaptized children could reach Heaven because of the faith of their parents (De Baptismo I, 4; II, 1). Cardinal Cajetan (1469-1534) espoused the same theory. However, most Catholic theologians teach that infants who die in original sin are excluded from the beatific vision, though they suffer no pain. Obviously, this distinguishes them from the souls in Hell, who are also excluded from the beatific vision but are believed to suffer greatly.

The loss of the beatific vision led Thomas Aquinas to address whether those in Limbo grieve. Aquinas argues that they do not grieve or suffer since divine punishment is proportional to personal guilt, which those in Limbo do not have. “They rejoice because they share in God’s goodness and in many natural perfections” (De Malo, V, 3). It is believed that infants in Limbo know and love God intensely by using their natural powers; as such, they enjoy complete natural happiness.

Despite the various views on Limbo, the Church has never made Limbo an official teaching. As such, Catholics are not obligated to believe in its existence.

For those of faith, the belief that the souls of adults go to Heaven or Hell is generally accepted without controversy. However, what of the souls of children who have not been baptized?

In an effort to solve the problem of the state of the souls of unbaptized children, the Catholic Church has espoused the belief in Limbo. In this paper, I have sought to explain what Limbo is and the reasoning supporting the belief in it. I have also reviewed some of the views that oppose the belief in Limbo.

December 11, 2022 The Notions Of Divinity
Browse Our Archives
Related posts from Summa Catholic 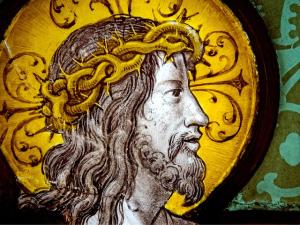 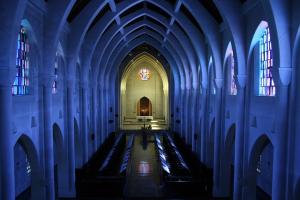 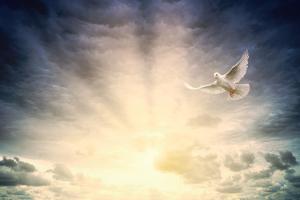