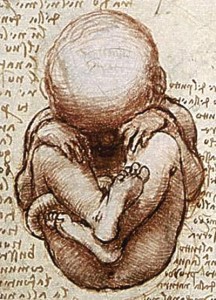 Donald Trump was quick to back-pedal in response to bi-partisan outrage over his statement that “there has to be some form of punishment” for women who procure abortions, once again demonstrating his flexibility in response to the public opinion of the moment – in spite of his notorious unwillingness to be politically correct. His revised statement that “the doctor or any other person performing this illegal act upon a woman would be held legally responsible, not the woman…The woman is a victim in this case, as is the life in her womb,” suggests a rapid shift to policies such as those that existed before the legalization of abortion in the United States.

But the damage was done. Not only pro-choice advocates, but leaders of pro-life movements have vocalized their disgust, and establishment Republicans have been quick to distance themselves from his position. Pro-life groups have also been publicizing Trump’s former views, including his support for partial-birth abortion. While changes in political or ethical stance do happen, they tend to be part of the intellectual maturation that occurs typically in one’s twenties or thirties; rapid-fire and radical alterations in stance indicate not a careful reasoning out of ideas, but a cavalier approach to  serious ethical and political issues that ought to be distasteful to anyone who recognizes the significance of abortion as a moral matter – however one comes down on the topic.

And yet, the damage was not done, because plenty of Trump supporters simply do not care.

It has become increasingly clear that many who have given lip service to the pro-life cause are not focused on saving lives: abortion is a useful talking point and a handy fetish when one wants to claim a moral high ground, and so, in a way, it is a bonus if there remains a large and hostile pro-abortion demographic to demonize. And so long as one claims to oppose abortion (even if one does none of the real practical things that could actually reduce abortion rates) it is, apparently, perfectly licit to support unjust war, capital punishment, torture, and killing civilians, since these have been decreed, by a news agency, to be negotiable. Of course, pointing this out usually provokes a moral outcry that one is giving comfort to the enemy, or being too hard on our own team.

But I do not, actually, see anyone as my enemy. And I do not have a team. Factionism of this sort is not helpful, and I am not interested in “fighting” Trump or his followers, because I do not think this will help. I am not interested in fighting Cruz, either, though I think his views are dangerous and foolish. I am pointing out a moral inconsistency that has been driving many pro-life movements for a while. This doesn’t mean I think that those who oppose abortion but support torture are necessarily evil. It is more that party-line thinking leads into tangled pathways of absurdity, because one becomes so fixated on defeating the opposition that one loses sight of what the proper goals are.

Views on abortion are diverse and complex, but can be loosely categorized into four categories along a vertical line: pro-abortion, pro-choice, pro-life, and anti-abortion. There are overlaps and grey areas, of course, between being pro-choice and pro-life. And invariably pro-abortion advocates will claim to be pro-choice: “no one is pro-abortion” they say, but the policies of abortion advocates belie this, especially when they object to greater safety controls in abortion facilities. And every anti-abortion advocate will claim to be pro-life – but their actions, again, suggest that their opposition to abortion is more connected with a built-in misogynistic terror of female sexual liberty. This is, again, not because people are evil, but because party line thinking makes people stupid, and in the unexamined life, human constructs sometimes masquerade as divine law.

As a pro-life feminist I am uncomfortable with the final end goal of making abortion illegal because a) making a thing illegal won’t always make it go away (drug wars, anyone?); b) making abortion illegal without ending the causes that drive women to abortion just means leaving women with heavy burdens in a society that is not truly pro-life; c) it means we end up pouring our energies into fighting pro-abortion advocates, and this kind of fighting stance creates a psychological disposition to dehumanize the opposition, to emphasize beating the enemy instead of saving lives.  Our end goal needs to be saving lives.

I have long suggested that in our work to save lives we find common ground with pro-choice advocates who view abortion as an evil, but a necessary one. The most effective way of ending abortion, I believe, lies in working tirelessly to end those causes that drive women to seek abortions: rape, domestic violence, poverty, inadequate medical care, environmental pollution, lack of parental leave, punitive measures on pregnant women and nursing mothers, the lack of an adequate social safety net. And, curiously, it seems that most pro-choice persons are also interested in ending these things.

For those who focus on reducing the supply of abortion rather than the demand, this approach could also be beneficial, because when you are not fighting with the opposition, demonizing and dehumanizing them, they may be more willing to respect the moral integrity of your goals. If we show more genuine concern for women in difficult positions, it will be less likely that our stance will be taken as misogynistic. The academic bubble mentality that allows abortion opponents and abortion advocates to meet only in shouting matches needs to dissolve.

Unfortunately, just as there is a genuine anti-life attitude on the part of some abortion proponents who are operating within the structures of a secular capitalist order, there is also real misogyny on the part of many who claim to be pro-life. This is evident in comments such as “she should have just kept her legs closed” or “women need to be made to suffer the consequences of their actions” (a baby is a consequence now?). Comparisons of women to mafia hit-men, the readiness to ignore questions of culpability and cry “murder” – serious pro-lifers need to realize just how wrong-headed these views are. But we need to realize, also, that most people who take these positions are operating out of ignorance and fear.

As pro-life and pro-choice leaders joined in condemning the idea that women should be punished for abortion, perhaps this can give us more common ground to stand on, and the possibility of creating a genuinely pro-life, pro-woman culture. So, Donald Trump, thank you.

(image credit:  Views of a Foetus in the Womb (c. 1510 – 1512) is a drawing by Leonardo da Vinci. https://commons.wikimedia.org/wiki/File:Views_of_a_Foetus_in_the_Womb_detail.jpg. Public domain in the US) 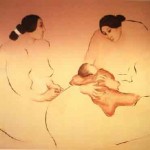 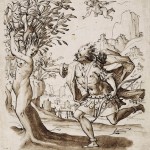