you actually might not want to be so quick to criticize those who are opposing that polish abortion bill April 27, 2016 Rebecca Bratten Weiss 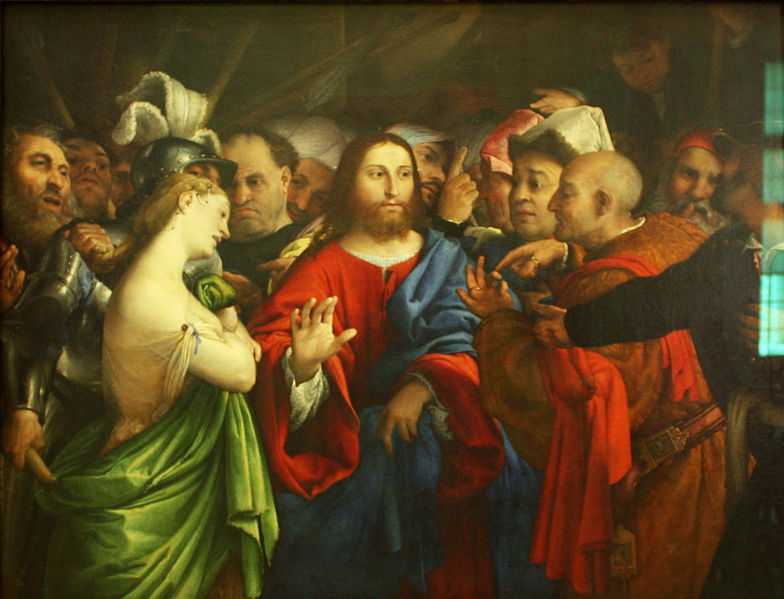 Donald Trump, the republican front-runner in the 2016 American presidential race, recently outraged citizens on both sides of the abortion debate by suggesting that women who procure abortions should be subjected to “some kind of punishment.”  I am radically pro-life myself, and keep company with many other radical pro-lifers, and we were collectively horrified by such an idea, not only for the obvious reason that it’s dreadful rhetoric for the movement, but also because it scapegoats women who already are suffering, and does nothing to eliminate the anti-life cultural forces which make abortion seem, for some, to be the only tenable option.

I work at a Catholic university. I discussed, with several fellow pro-life Catholic academics, what a dreadful idea this was, the criminalizing of women who choose abortion. While I ran into some people online who supported Trump’s ideas, these are not the people with whom I work or would care to spend time.

Of course, Trump immediately changed his tune when he found himself less beloved for it, and there’s insufficient coherency to his statements to allow us to divine what he might do on the abortion matter, should his fanbase succeed in depositing him in the White House. But given his capacity of wind-milling on this issue, it’s conceivable that President Trump (heavens forfend) might try to put forth some legislative agenda for punishing post-abortive women. What, then, might we do?

Would we simply complain about it? Or would we, perhaps, hope that such legislation be softened? Not because we believe that abortion is ever, objectively, a morally legitimate option, but because we are aware of the complexity of culpability, and do not think that penalizing people already suffering is a truly pro-life response; and because it ignores the complicity of men, employers, society in general, in the circumstances that lead to a pregnancy being deemed “unwanted.” We might even consider drafting or signing a petition making these points, making clear at the same time that we do not advocate abortion, but that criminalizing women is not the answer.

This is precisely what a number of academics have done regarding a new abortion law that has been proposed in Poland. It is ironic that, in the same milieu in which outcries against Trump were loud and clear, we now hear outcries against those Catholic academics who signed the petition regarding the proposed abortion law in Poland – a law which, if media sources are correct, would punish women with anywhere from three months to three years in prison.

Think about that for a minute. Think about the fact that many women who choose abortion have children already, and much as we might be inclined to demonize these women as monsters and murderers, the sad reality is that they often choose abortion because the prospect of caring for another child, in poverty and desperation, looks impossible to them. We accept the claims made by employers that it is “impossible” to pay their workers more, “impossible” to grant maternal leave. It is “impossible” to provide everyone with medical coverage. But apparently only poor pregnant women can be asked to do the impossible?

I don’t advocate abortion as the answer to this impossibility. I advocate making better choices available – in a real, concrete, material way, not just as a pleasant theory. But punishing the woman who has had no access to these better choices is only going to tear apart families, provoke mental and physical distress, and deepen the problem of poverty which is a major root cause of abortion. It leaves me with a feeling of uneasiness, reading reports on the proposed Polish law, because while I do agree with the mainstream pro-choice advocates that this is a bad idea,  my agreement comes to a screeching halt, as access to abortion continues to be presented as practically a positive good. Criminalizing women who choose abortion is terrible, because the choice to have an abortion is never made in a vacuum, but on the other hand, considering the often heart-wrenching scenarios in which this hard choice is made, it would be nice if there were more recognition of the fact that it is painful, difficult, hardly a joyous occasion. Or maybe “nice” is not the word I want – maybe “honest” is.

Honesty is difficult to come by, since this has become such a culture-war issue, to the extent that often we become more intent upon smearing the opposition – or anyone who appears as opposition – than on saving lives and creating healthier communities. It’s easy for information to be distorted. It’s easy to share misinformation in our readiness to discredit our opponents (mea culpa, mea culpa: I have done this, too).

The pro-life movement is large, and contains a variety of positions, but the position that I hold is not uncommon, especially as pro-life feminism has emerged as a notable force. That is why I find it surprising to find such an animus against the Catholic academics who have signed the petition to the Polish bishops, an animus so great that some are demanding that one signer, prominent theologian Tina Beattie, be removed from her position as adviser to Catholic Association for Overseas Development. In this demand, which has been signed by over 3000 people as of this morning (April 27), the position of the signers of the petition to the bishops is seriously misrepresented as an attack on disabled unborn. Ad hominem (or ad feminam) attacks on Professor Beattie’s character and position have been rampant on social networking and in the blogospheres, including those same circles in which outcries against Trump’s statements were clarion. This is, of course, the danger of the internet: with the ready availability of information, and the opportunity to make connections, comes also the ready availability of misinformation, and the ease of making attacks. I expect that many who are expressing horror are not aware that the proposed Polish law, insofar as we can tell from our limited access to its content, aligns with Trump’s remarks that horrified us earlier this year. As is usually the case, caution is better than haste.

I am curious about what the signers of the demand to remove Professor Beattie would do, if they knew how many solidly orthodox academics in conservative circles essentially share her position on this matter, given our responses to Trump’s statements.  If every Catholic scholar who opposes imprisoning women after abortion is to be deposed from his or her positions, most orthodox institutions and universities may suddenly find themselves bereft of most of their employees. 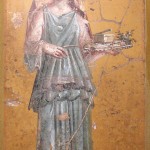 April 26, 2016
tearing the veil: a contemporary catholic practice and its complicated history
Next Post

May 2, 2016 modesty, it turns out, is a thing - but not the thing they said it was
Recent Comments
0 | Leave a Comment
Browse Our Archives
get the latest from
Catholic
Sign up for our newsletter
POPULAR AT PATHEOS Catholic
1