bloomsday: we all need this bawdy, geeky literary festival

James Joyce’s Ulysses, a comic, grotesque, intellectual, scatological Menippean satire of a modern epic, recounts in various narrative methods one day in the lives of three Dublin citizens: June 16, 1904, the most memorable date in the history of made-up things.

Stephen Dedalus –  a fractured mirror-image of Joyce’s younger self – leaves his lodgings in a tower by the sea, exiled in spirit, in mourning for his dead mother and in frustration over his languishing poetic career. He is the Telemachus figure, a son estranged from his father, associated also with Hamlet in his stubborn black. Myopic, cerebral, an outcast and burgeoning alcoholic, he is artistically hampered by his over-intellectualization of everything. If the role of the artist is to make words become flesh, Dedalus’ imagination has the unfortunate opposite result: in his mind, all flesh becomes words. Words, words, words. In a sense, Dedalus shares the plight of the academic locked into social networking, exhausting frustrations in beautiful sentences, but never making fleshly contact. The most physical moment for Dedalus, in his opening episodes, is when he slyly picks his nose and wipes his snot on a stone.

Leopold Bloom – a middle-aged agnostic Jew whose indulgence in earthy pleasures helps him endure hidden sorrows – leaves his home, also, that morning, knowing that his wife Molly is probably going to cheat on him that afternoon. The two haven’t had sex since the death of their infant son ten years ago, and Bloom consoles himself with a series of remote flirtations, including a clandestine correspondence under an assumed name. If he were alive today he’d be sending questionable PMs to women on Facebook, probably with slightly incorrect literary allusions, since he’s too decorous to send dick pics – though he might wish he could solicit a woman for her soiled drawers (in this, he resembles his creator, Joyce, far more than the cerebral Dedalus does: Joyce’s naughty letters to his would-be wife, Nora, are the stuff of raunchy legend).

The wanderings of the two men are patterned on the adventures of Odysseos, and when finally they meet, it has mythic significance: Dedalus finds the artistic father that he needs, the bodily being who can help the Word to become Flesh (though at one point, in the “Circe” episode, Bloom is changed not only into a far from kosher pig, but also into a woman, the better to help give birth). Bloom, in protecting and advocating for the drunken Dedalus who ends his day passed out on the street with a knock on the head, has a vision of his dead son which gives him solace. The two return to Bloom’s home, though he has forgotten his latchkey and has to break into his own house, like Odysseos sneaking in in disguise. The two have hot chocolate together, take a piss together, and part ways.

Molly, the faithless Penelope, is only seen in bed throughout the novel, though in Bloom’s absence it’s been a busy bed indeed. The irony is that in cheating on him, she has come back to him emotionally. The rigorous lovemaking of her lusty lover, “Blazes” Boylan, is impressive but unsatisfactory, and she’s left with a general impression of his boorishness, which contrasts with the poetic tastes of her husband. Her train of thought, as she lies awake beside her sleeping husband (who has surprised her by requesting breakfast in bed) runs constantly back, not to delectations on her afternoon of illicit pleasure, but to the day she fell in love with Bloom. Her final recollections, as she drifts off to sleep, are also the closing words of the novel, and one of the most famously erotic passages in English literature:

…and O that awful deepdown torrent O and the sea the sea crimson sometimes like fire and the glorious sunsets and the figtrees in the Alameda gardens yes and all the queer little streets and the pink and blue and yellow houses and the rosegardens and the jessamine and geraniums and cactuses and Gibraltar as a girl where I was a Flower of the mountain yes when I put the rose in my hair like the Andalusian girls used or shall I wear a red yes and how he kissed me under the Moorish wall and I thought well as well him as another and then I asked him with my eyes to ask again yes and then he asked me would I yes to say yes my mountain flower and first I put my arms around him yes and drew him down to me so he could feel my breasts all perfume yes and his heart was going like mad and yes I said yes I will Yes.

June 16 was referred to as “Bloomsday” initially by the author himself, and began to be a regular celebration on the fiftieth anniversary of the fictive events, when a group of Irish writers decided to recap the events of Ulysses, travelling the course of its characters, though the event was more like a pub-crawl, and was cut short when its participants were too tired and drunk to carry on. But the celebration continues. In Dublin today, one celebrates Bloomsday by traveling around to the different sites in the novel, and by literary readings. Elsewhere Joyce aficionados seek out Irish pubs where people are discerning enough to celebrate this festival with readings as well as drinkings. It’s customary to imitate the discerning Bloom and have a glass of good burgundy and a gorgonzola sandwich: a meal of rotten milk, and a drink of fermented grapes, but the rot is transformed into something glorious.

June 16, 1904, had a special significance for Joyce, as it was the day on which he first took a walk with Nora Barnacle, who would one day become his wife. It is a tribute to her import in his life, that he commemorated their walk by re-creating Dublin, on that day, as a space for the heroic and the mythic. And so Ulysses is a story about changes and transformations: the transformation of unbearable history into beautiful myth; the transubstantiation of “the daily bread of experience” into the “radiant body of ever-living life.”

Joyce viewed history as cyclical, but not doomed to repetition. Because art and the imagination transform daily events, when you step out the door in the morning, and wander throughout the city, you may come home, in the evening, to a place that is the same but different.

Joyce’s characters all step off the beaten track on Bloomsday. They enter into a zone of ritual licence, in which they are able to become different people, assume masks and personae. This is necessary for both the Birth of the Book, and for the (re)birth of those in it. Stephen becomes Telemachus, Bloom becomes Odysseos, Molly becomes Penelope. This means Dedalus now can truly learn to be an artist, not just “the artist as a young man.” This means Bloom and Molly can finally reunite in the marriage bed. In the middle of the “Penelope” episode, Molly discovers that she has her period: ritual blood wipes away her meeting with Boylan, and ensures that his seed fell on infertile ground. But now that she and her husband have a sexual future again, they may have hope of a child together again.

We all need a Bloomsday. In the modern and post-modern territories we occupy, we are trapped in cyclical repetitions that are institutional and technological, not ritual. We have no shared religious celebrations. Even those of us who do find that our religious communities often give us a feeling of being trapped, not of finding liberation.

Our political cycles echo Dedalus’s conviction that “history is a nightmare from which I am trying to awaken.” In a time of rising violence and political frustration, such as that which Joyce viewed in Dublin in his day – and in western civilization in general, in the chaotic period between two wars that were probably really just one war – we need ritual license to break free of the constraints and definitions that seem to drive us to act as automatons or zombies.

James Joyce was raised Catholic and educated by Jesuits, and even after he ceased to practice continued to draw upon the imaginative structure of his faith. You can’t really understand his novels without being, to some degree, immersed in the literary and religious tradition in which he was raised. To celebrate Bloomsday, then, is to go forward while also going back: recovering lost ideas and principles, recovering different patterns for interpretation. But not being chained to tradition.

James Joyce was also ardently pro-life, not in the sense of demanding that women have babies as often as possible (he saw the problematic results of that mindset in his own family) but in the sense of recognizing human life as fundamentally sacred. Joyce’s stance is particularly indicated in his intervention on the behalf of his secretary, Paul Leon, whose daughter Vera Lindsay wished to have an abortion so she could take a role in a play. Joyce and Leon talked her out of it. According to Richard Ellmann, Joyce “had a special reverence towards birth,” and in talking to Vera used the argument that “conception, once it has occurred, must be considered natural and fated, therefore taking precedence over mere ambition” (JJ, 269n). This reverence for life is indicated in every step of the Bloomsday pilgrimage, extended to all living bodies, even to all bodily functions. It is connected with Bloom’s pacifism in the face of anti-semitic militarism. It is connected with a ripe, rowdy appreciation of bodily functions which many conservative pro-lifers might find unseemly.

This whole-life pilgrimage of bawdy humor and ritual license and creative transformation is needed in a society which insists on repeating historical cycles of enslavement and death. Is it possible, in a pluralistic society, for us to find ways to celebrate together, to find common symbols of peace, forgiveness, reconciliation? Can we recognize our shared hopes for peace, even in a culture in which drives us towards annihilation? Celebrating Bloomsday means we leave the preset cycles of an institutionalized society and behave surprisingly; we reject violence and choose friendship; we reject ideology and make a dirty joke, or maybe just have a cheese sandwich. Give it a try. 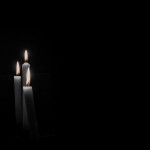 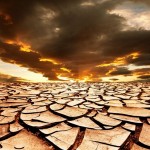 June 17, 2016 inequality and grief: why I pray
Recent Comments
0 | Leave a Comment
Browse Our Archives
Follow Us!