imagine if you had a miscarriage – and were sent to jail for it December 7, 2016 Rebecca Bratten Weiss 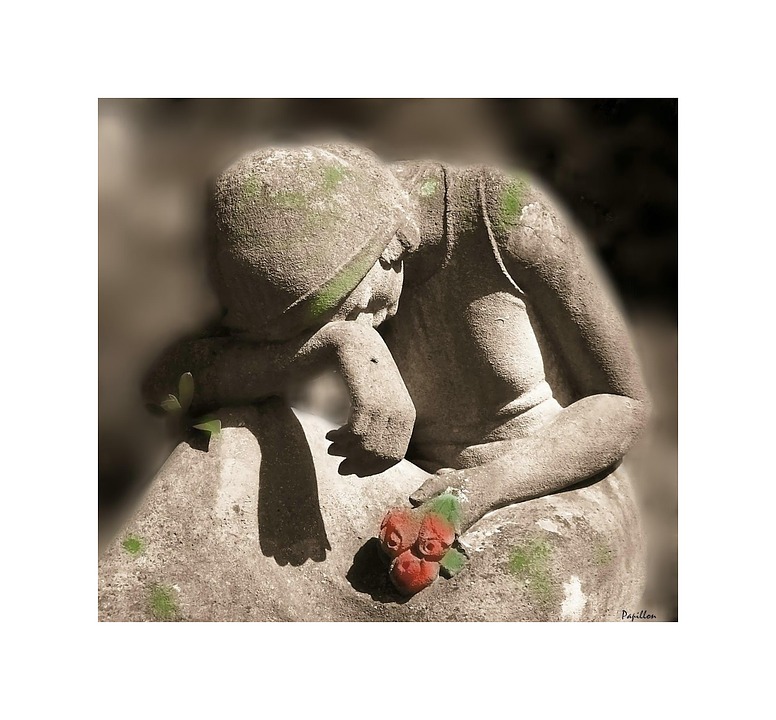 My first pregnancy occurred at a difficult time in my life. As I stared with disbelief at the plus-sign on the pregnancy test, considering the many obstacles in the year ahead, I felt I had been punched in the ribs. I guess you could call it a crisis pregnancy.

I was on a break from God at the time, but had never stopped being pro-life. Abortion was not an option, but I couldn’t help wishing that it was, that there were some way I could push a rewind button and stop being pregnant. I knew exactly why a woman would choose abortion.

It took me most of my first trimester before I accepted the situation. As I began to sort out some of my problems, fear turned to resignation, and finally to nervous excitement. I signed up at one of those websites that gives weekly updates on fetal development. At nine weeks, my baby was the size of a peanut, so I gave her the nickname “Peanut.”

Then, at thirteen weeks, I had a miscarriage. It was painful, bloody, and depressing. I went to the ER, where a suave young doctor with a Mickey Mouse watch confirmed that yeah, I was having a miscarriage. The Peanut was dead. They gave me a few pain pills, sent me home – back to the wild life and dangerous habits I had briefly abandoned for something more wholesome. Psychologically I felt blank. Physically, I felt I wasn’t quite recovering. I didn’t lose my bloat, and I kept having pinchy, twitchy pains.

A few weeks after the miscarriage, I was in Whole Foods, buying ingredients for Thai curry. I remember standing in front of the cans of coconut milk, when all of a sudden I felt a weird “pop” inside of me, and a gush. I grabbed a can of coconut milk, got through the checkout line, and made it to my car with my groceries before blood actually started dripping out of my trousers. By the time I got home it was clear that I would not be making curry. I ended up back in the ER, hemorrhaging dangerously, due to infection resulting from incomplete miscarriage, and had to have an emergency D&C.

That was my first miscarriage. My second pregnancy ended in one of those early miscarriages that is more like a heavy period. Then I had my first son, divorced, remarried, and had my daughter. When she was six months old, I got pregnant again. While at least I was no longer in the previous bad situation with my ex, being securely married was not some magic cure-all: we were poor, living in a tiny home, both working long hours. And I had no medical insurance. Once again, I did my best to accept a difficult pregnancy. And once again, I miscarried at around thirteen weeks, and once again needed surgery. I’ve had six pregnancies, and have three living children.

I am usually a fairly healthy person, but my reproductive system is my Achilles heel. I sometimes reflect that, in an earlier time, I would have been one of those hapless women dying from pregnancy complications, with a pool of blood staining my white nightgown.

And, if I lived in El Salvador, today, I might have died in a pool of blood in jail.

Remember when Donald Trump said maybe women should be punished for having abortions? Well, El Salvador is one of a countries where this actually happens. The difficulty is that it is usually easy to hide when one had had an abortion – unless, of course, there are complications. And complications after abortion are very difficult to tell apart from complications after miscarriage.

The Economist reports the story of a young Salvadoran woman who had a miscarriage:

ON AUGUST 11th Sandra, a 19-year-old Salvadorean, went to her school’s nurse with stomach pains and a fever. She dashed to the toilet. What happened next is disputed. Her lawyer, Bertha Deleon, says she felt a spasm, looked down to see a dead fetus, fainted and woke up in hospital. Police said she gave birth and murdered her baby. According to Ms Deleon, a doctor later concluded that Sandra had been at most five months pregnant and had an infection known to cause miscarriage. Yet she was charged with infanticide.

Clandestine abortions are tricky to prosecute. Unless a woman becomes unwell afterwards, the procedure is easy to keep secret. So women arriving in hospital after obstetric emergencies have become the main targets. Doctors seeking to avoid charges of assisting a crime report them on suspicion of abortion. Prosecutors sometimes substitute charges of infanticide. “They arrive at the doors of the hospital bleeding and in pain,” says Sara García of the Citizens’ Association. “And instead of receiving medical attention they are handcuffed and accused of murder.”

Sandra was eventually acquitted of the charges of murder:

The official autopsy of Sandra’s baby was released on September 23rd. Doctors determined that it had no brain. Prosecutors dismissed murder charges against the teenager, who was facing 40 years in jail. Nevertheless, says Ms Deleon, her school’s head teacher has refused to let her attend graduation because she “set a bad example”.

I cannot imagine this. I cannot imagine experiencing the pain and terror of miscarriage, especially at such a young age, and being hauled in by police instead of given medical care. At least the suave young doctor with the Mickey Mouse watch didn’t call the cops on me. At least when I started bleeding in Whole Foods, I knew I could safely go to the hospital and receive care.

This is what we need to consider, when we talk about how to end abortion. It seems easy enough, from a remote standpoint, simply to say “make it illegal.” But let’s say we succeed in making it illegal. Consider this: in societies where abortion not only is illegal, but comes with severe penalties for women, women still have abortions. This means they must be facing some alternative that strikes them as even more terrifying than a painful procedure that could lead to jail. It’s not enough to make abortion illegal, if women still face these terrifying alternatives (abuse, starvation, homelessness) – and so still risk their lives to acquire abortions. And what if anti-abortion laws lead to punishing women who have not had abortions at all? Bear in mind, also, that the women most likely to be targeted are poor. Wealthy women can travel across state and national boundaries, bring in private physicians, draw upon their powerful connections.

This is why I understand the discomfiture of pro-choice activists who recognize that abortions are regrettable and undesirable, but still want to keep them available. I see where they are coming from, when they point out that making abortion illegal might create intolerable injustices for women. However, I also agree with pro-life activists that abortion is the taking of a life. I want justice for women – and for unborn babies.

Abortion is an injustice against the unborn. But simply banning abortion without first providing necessary resources might lead to exacerbating injustices against women.

That’s why we at the New Pro Life Movement are focusing on eliminating demand for abortion, rather than supply. This is why we advocate for universal medical care, guaranteed paid parental leave, social safety nets, and an end to rape culture. This is why we want to encourage pro-life advocates to support organizations that provide real and needed care for women, such as Birthright International, and the Obria Medical Clinics , and charitable resources such as the Friendship Room – to support educational resources such as Life Matter Journal – and to vote on legislation to keep medical and financial assistance available.

December 5, 2016
but what about all these other pipelines?
Next Post

December 8, 2016 on banned books and safe spaces
Recent Comments
0 | Leave a Comment
Browse Our Archives
get the latest from
Catholic
Sign up for our newsletter
POPULAR AT PATHEOS Catholic
1