If You’re Counting on Basic Human Decency to Stop Fascism, You May be Counting Wrong

If You’re Counting on Basic Human Decency to Stop Fascism, You May be Counting Wrong November 25, 2018 Rebecca Bratten Weiss 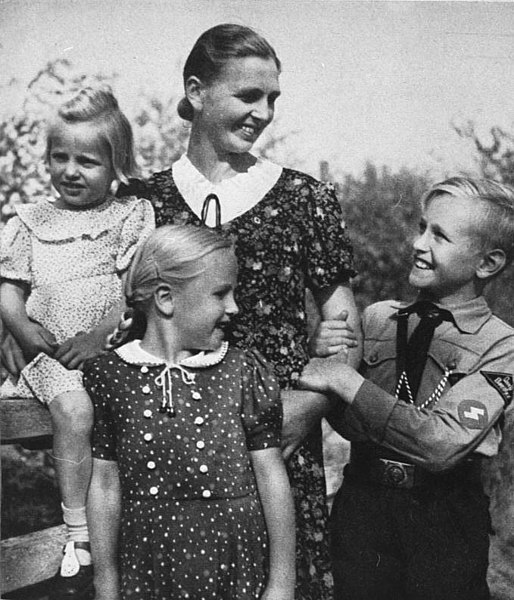 Earlier this month, 56,000 people in Illinois voted for an actual Nazi. This fact was disturbing to me, because this wasn’t just the usual  “guy who had said racist things” or “guy defending confederate monuments.” Those ones are bad enough, but I do try to avoid flinging around the term “Nazi” irresponsibly, or making bad historical comparisons.

But here we’re talking about an actual self-described Nazi and Holocaust denier, Arthur Jones,  running on the Republican ticket. I am pleased to say that many Republican politicians, even Ted Cruz, spoke out against this, telling the people of Illinois that they should vote for anyone – even his moderate democratic opponent – rather than Jones. And many of them did: the Nazi was not elected.

This wasn’t in a notoriously Red area of the state, either, so one has to wonder what would have happened had the race occurred in a more solidly Republican region – such as mine.

If this wasn’t disturbing enough, I found myself in subsequent weeks, several times, in disputation with people, almost all Catholic, who were trying to assure me that this isn’t a big deal, or even making excuses for the 56,000. “They probably just vote straight GOP.” “They probably didn’t know.” Or, worst of all: “given their choice between a Nazi and a pro-choice Democrat, it’s understandable that they would have voted this way.”

First of all, after the Tree of Life shooting in Pittsburgh, I am really not in a place to listen to people telling me that anti-semitism isn’t a big deal. We need to face the reality that it is on the rise, and combat it before it’s too late. Acting like it’s not a big deal, turning a blind eye to realities that make us uncomfortable: that’s what violent supremacist groups hope you’ll do.

Second, the arguments that I saw confirmed for me my long-developing suspicion that the pro-life movement, as it presently functions,  not only is ineffectual but actually does harm. Single issue voting, and the constant indifference to any life or justice issue that isn’t abortion, creates a voting bloc that is prepared to vote for Nazis over democrats. The Nazis did have stricter abortion laws than ours, after all, so…

There’s a certain  morbid fascination in trying to understand the thought processes going on – to get a picture of the moral universe these people see. I can’t figure out whether they think Nazis just aren’t so bad, or whether they really think that the average pro-choice democrat – a person whom you share a bus with, or pass in the park – a person who may serve your meals, teach your kids, or care for you when sick – is really as bad as a Nazi. Either way, the moral incoherence is terrifying.

Terrifying, because when you look back at history you see that while people in general may be nice on an individual level – as Scout discovers, at the end of To Kill a Mockingbird – in groups they are often morally incoherent, and it is this rather than Dark-Lord-Level evil that drives movements of oppression and violence.

In a way it’s easier if you’re Harry Potter and the Order of the Phoenix up against a bunch of Death Eaters. Easier still if you’re Aragorn, fighting Orcs. But the problem history poses us is that often the people who make terrible political choices, on a macro level, are perfectly kindly and responsibly, face to face. They are not villains. They are not film Nazis with shiny black boots. They may even, if asked, say “oh, anti-semitism is a bad thing.” They just don’t think it’s that big of a deal, or want to pay attention to it. They may be perfectly kind to the marginalized on a daily basis, while at the same time making political decisions that harm them long-term.

We know all about the banality of evil. But that’s not what we’re seeing here. This is more like, a species of niceness, sometimes even kindness, that inadvertently gives cover to evil.

I read, today, an article about award-winning writer George Saunders who, like me, lives in the midwest and is sometimes troubled by progressive lack of nuance in assessments of the people out here in the red states. But what really struck me was this:

In terms of Trump, what depressed Saunders most was the disconnect between the humanity shown by his supporters in individual circumstances, and the way in which this failed to challenge their allegiance to Trump. In trying to understand this, he found Gregor von Rezzori’s 1969 novel, Memoirs of an Anti-Semite, very useful. “He’s an antisemite in Germany before the war, and mostly he’s not that interested in antisemitism. Mostly he’s interested in women, and his career, but he doesn’t ever stop being a casual, likable antisemite. At the end of the book you go: ‘Oh my God, multiply that by 4 million Germans and you’ve got a movement.’ It’s like in my generation we were culturally trained to be misogynists, homophobes and racists. I guess my thought is that these political movements are mostly made up of millions of people who don’t really care that much, but they slightly lazily err on the side of acquiescing. And when I look at the people who support Trump, they don’t care about politics as much as I do. They’ll say: ‘Well, he’s not racist.’ Or: “How is that racist?’”

The people who allowed the Nazis to triumph did so because they “slightly erred.” I’m not reiterating that to undermine the horrifying significance of the choices made at that time. I’m reiterating that to highlight just what makes it so horrifying. To refer to my earlier point about not using the term “Nazi” loosely: one need not be an actual professed Nazi in order to be part of why fascism and white supremacy happen,

What happens, often, when evil is allowed to triumph for too long, because of hegemony or indifference, is war. I’d rather not reach that point, but I’m also not sure how best and effectively to resist the tide of ethno-nationalism that is rising again. I know one thing, though: it would be naive for me to think that it will be resisted because people are so often “not so different after all” – basically nice, and kind, if you catch them on a good day. History has shown us the opposite. And this may be the most disturbing realization of all.

It is also, in a more cosmic sense, why I am a Christian, albeit with a lot of existentialism thrown in. I don’t ever want to discount the tremendous responsibility we have for the here and now – the goodness of the present moment, nature, and living beings, the oppressed who cry out for justice. I don’t want to point to some ineffable transcendence that makes it all somehow okay. But it seems we do need transcendence, after all, because the better angels of our own nature are insufficient to save us. 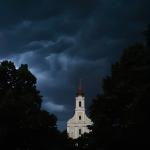 November 21, 2018
View From the Eye of the Storm, Part Two: Suggestions For Church Reform
Next Post 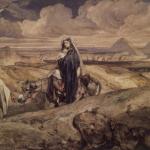