“The Things I Do For Love” – Game of Thrones, The Classics, and the Human Condition 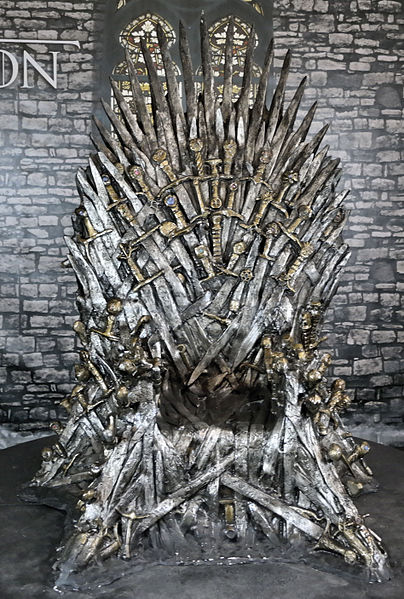 And now our watch is ended…

As Game of Thrones came to an end with its final episode of its final season last Sunday, fans erupted into heated debate over the nature of the ending, the quality of the writing, whether or not certain character arcs and plot points were justified. I have my own strong feelings on the matter, but as time passes – and as I return for an eighth re-read of the books – I am certain the magnificence of this story, as well as its cultural significance, will outlast our disappointment regarding certain flaws in the writing in the final two seasons.

I’ve been hashing out my views on the writing mostly in conversation with other writer friends who “get it,” and while I may at some point address this again, what I want to talk about here is why so many of us were drawn to the story in the first place. And by “the story” I mean both the show and the novels – and perhaps even an archetypal mythos behind them both, as well as behind the fanfic speculations and that are a part of this whole story-verse.

It’s impossible to reduce any great work to just a single theme, and audiences will always bring their own themes (or obsessions) to the table, but there are several which continue to reappear in the world Martin created. What I want to talk about here is the one that was introduced in the first episode of the TV series, and early on in the novels: when young Brandon Stark comes upon Queen Cersei and her brother Ser Jaime in flagrante delicto, and when Jaime pushes him out the window of the tall tower.

The things I do for love, Jaime says, looking at his sister / lover almost in irritation, the way you might look at someone who’d asked you to accompany them to a not especially thrilling party. Then he pushes the boy out the window, presumably to his death.

That was when many viewers realized they’d entered a new territory with this story. Yet in a way this territory is not new at all.

The things I do for love.

The things so many people, throughout history, have done for love.

In the philosophy of Plato, as set forth in Symposium and Phaedrus, especially, love (eros) is the driving force that spurs all humans on to achieve great deeds, aspiring ultimately towards the good, the light of which shines on all. This idea filtered through his pupil Aristotle, and ultimately into medieval Christian culture, into the works of Aquinas, who argued that humans never truly will evil per se, but act only under the aspect of the bonum, only perceiving that which is evil as some kind of good, or for the sake of some good.  Dante depicted this in the Divine Comedy, in which, we are told, not just paradise and purgatory, but even hell, is formed and created by love. Love moves the sun and all the stars, in perpetual order in relation to the ultimate good, the Trinity – but it is also love, misdirected or insufficient, that tips the damned into hell.

A Song of Ice and Fire, like the Divine Comedy, presents the reader with an array of possibilities, a diverse showcase of what the human heart is capable of, driven by love.  Terrible things, sometimes.

There’s another “throw someone out a window” scene in the story – when Petyr Baelish whispers to his sentimental and demanding wife Lysa that she has no need to be jealous, he’s only ever loved one woman all his life. How relieved she is! Until he adds that the one woman he ever loved was her sister, Cat. And then he pushes her to her death.

Love might drive one to selfless sacrifice, or to infamy. Catelyn cuts her fingers to the bone, protecting her son from an assassin. And Cersei murders, lies, and sells her body to protect her own children from dishonor and death. Is it only chance that separates these two women who love their children? Is it only chance that keeps Catelyn from a situation in which she might feel obligated to act as drastically as Cersei does? Cat herself realizes this, praying in the Sept to the image of the Mother, and recalling that her arch-enemy, too, is a mother like herself.

There’s a kind of doubling here that is disturbing. It is disturbing to be reminded that the worst in us might be born from the same source as the best in us. It’s unsettling to realize that the most terrible things we might ever do might be not because of hatred, but because of love. What kind of world is this? How can we live in it?

Plato writes in Symposium about how eros for justice can drive a ruler to create just laws, but as the denouement of Martin’s story shows us, it can also drive us to destruction. Sometimes it seems to be a difference as slight as a hair, as light as breath, between the love that makes heroes, and that which makes villains. And sometimes, because we love, and because we mean well, we can inadvertently bring destruction on those dearest to us – as when Catelyn captures Tyrion, believing it an act of justice for her family, but sets in  motion a chain of events that will end with her husband’s execution. Love makes men and women break their vows, as Jon did with Ygritte – but then, if he hadn’t, would he ever have become close enough with the Free Folk to be determined to save them.

Early on in the story, Cersei tells Sansa “love is poison.” Is she thinking of what her brother had done? Thinking of her love for her brother, and what it had driven her to do? And this reminds me also of a passage from Plato, in which Socrates speaks of the tekhne of writing (which, incidentally, he connects with eros) as being a pharmakos, a drug, either a poison or a medicine.

The things we do for love could bring either life or death.

This might seem cynical to people brought up on feel-good romances, the inheritors of our parents’ “all you need is love” generation, but A Song of Ice and Fire is reorienting us to an ancient idea we ought not to have abandoned: the recognition that eros can be destructive as well as salvific. And in turn, a recognition of our own shadowy doubles, the evil versions of ourselves, our might-have-beens.

I don’t mean to say that this is a morality tale. What it is, is a kind of pilgrimage into the uncanny places of the human spirit, not unlike the one Dante took. Here we can see just what “being human” means. We see what we are capable of.

And it’s precisely when what we are capable of is revealed as monstrous that redemption and mercy can be seen as real. Redemption that is neatly executed via deus ex machina is just a story trope. Mercy that solves all your problems and heals all your wounds is believable only if your wounds and problems are not especially dire.

We might not want to admit that as humans we are mixed bags, that our best can become our worst, and our lowest become our highest. But any redemption we can hope for has to come through this mess that is our selves. And this is what Martin’s story shows us. No easy answers. No last-minute escapes. No happy solutions. But, to return to Dante again, the kind of salvation that remains possible  in the last gasps, in the worst scenarios – “so long as hope has still its bit of green.” 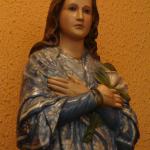 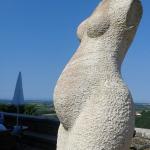 May 26, 2019 Dear Pope Francis: This Kind of Language About Abortion is Not Helping
Recent Comments
0 | Leave a Comment
Browse Our Archives
Follow Us!