In the Darkness of Advent, Hope Arises

In the Darkness of Advent, Hope Arises December 9, 2020 Guest Contributor 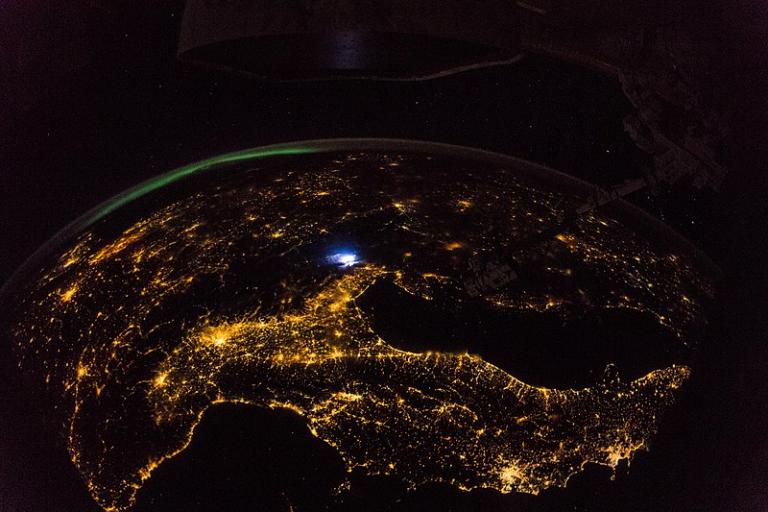 In the movie version of The Return of the King,  when Frodo faces the utter darkness of Shelob’s lair, he is about to despair.  But then he remembers he carries the Light of Earendil in his pocket.  He recalls the moment when Galadriel gave the phial to him as a gift saying: “It will shine brighter when night is about you.  May it be a light in dark places when all other light has gone out.” …  …. ….

Friends, believe it or not, it’s Advent.

I think it is safe to say that none of us had any idea when this pandemic shutdown began just how long it would last.  It was Lent when our church began meeting remotely.  We celebrated Holy Week, Easter, and Pentecost remotely.  We lived through a summer of Extraordinary Time.  (I just can’t bring myself to call anything about 2020 Ordinary!)  Now, Thanksgiving has and come and gone, and we arrive at the first Sunday of Advent, the beginning of a new Church (liturgical) Year. We’ve gone through an entire liturgical cycle.  And it’s still not clear just when we’ll return to anything resembling “normal.”

During the four Sundays before Christmas, its traditional for Christ followers to light an Advent Wreath in church and/or at home.  We start with one candle flickering, and light one additional candle each week.  (We also have a Christ candle in the center lit for Christmas Eve or Christmas Day and for the two weeks after Christmas.)  The progression of Advent candles is symbolic of how we are building toward the coming of the Light of Christ into our world at Christmas.

Darkness is a natural part of life.  Night follows day; eclipses periodically obscure the Moon and the Sun.  Yet, from the beginning of time, it seems human beings have been trying to overcome darkness.  The discovery of fire was a remarkable step forward in human development, as was electric lighting. Space-based images of the Earth’s nighttime lights show clearly where humans have congregated.

The lectionary sets it up so that one of the first voices we often hear on Christmas Eve or Christmas Day is that of the Prophet Isaiah proclaiming that, “The people sitting in darkness have seen a great light”—Isaiah 9:2. Have you ever wondered why?  My hunch would be that in order to fully appreciate light, we must acknowledge the painful reality of darkness in our lives.

Darkness—not light—is where the story of Christmas (and of our faith) begins.

I think such acknowledgment is always important, but especially so in a year like 2020, when so much darkness threaten to envelop us.  In addition to the pandemic, there are other dark clouds looming over our society including the shadows cast by systemic racism, an existential climate crisis, and economic collapse (triggered by the pandemic).  And that says nothing of our own personal darkness, which is unique to each and every person reading these words.

If we read the three chapters proceeding Isaiah 9:2, we discover that the people of Israel are indeed “sitting in darkness,” desperate for signs of hope.  King Uzziah was a strong ruler for Judah (the Southern Kingdom of Israel), but he died the year Isaiah was called to his prophetic role (Isaiah 6:1).  His replacement, King Ahab, was clearly not as effective.  Foreign powers, like the Kings of Ephraim (the Northern Kingdom of Israel) and Syria, saw the opportunity to move in on a vulnerable Judah.  As Christians, we interpret the words of Isaiah 7:14 that speak of a young woman giving birth as pointing forward to Christ (whom Matthew claims was not only a young woman—but a virgin).  While that interpretation is best known, this reference is also believed to refer to a more obscure birth that occurred when Isaiah was alive (700 BC).  The Prophet’s prediction that a young woman (probably a member of the royal court) would give birth wouldn’t have been all that remarkable; most mothers were young in that day.  What was significant, however, was the foresight that by the time this child, to be named Immanuel, meaning “God with us,”  came of age, the current threats to Judah would be no more. That prediction was fulfilled in Isaiah’s day.  The alliance between Israel and Syria that threatened the safety of Judah ended within a few years.

But like so many of the stories we love, even as those threats were removed and the people thought all was well in their land, there was a deeper darkness looming over Israel in the form of the Assyrian Empire plotting to strike.  Isaiah 8:1-3 describes the birth of the Prophet’s second child, who is named Maher-shalai-hash-baz, which in Hebrew means “spoil speeds, prey hasten.”  In contrast to Immanuel,  this rather cumbersome name is seen as an ominous warning of the coming darkness that is about to sweep over Israel like the rising flood waters of the Euphrates (Isaiah 8:7).

God speaks strong words to the Prophet to implore him to stand his ground and remain faithful.

For the Lord spoke thus to me while his hand was strong upon me and warned me not to walk in the way of this people, saying: ‘Do not call conspiracy all this people calls conspiracy, and do not fear what it fears, or be in dread.  But the Lord of hosts, him you shall regard as holy; let him be your fear and let him be your dread.  He will become a sanctuary, a stone one strikes against; for both houses of Israel, he will become a rock one stumbles over’—Isaiah 8:11-13.

In response,  Isaiah resolves to “wait for the Lord, who is hiding his face from the house of Israel, and I will hope in him” (Isaiah 8:17).

In these passages from Isaiah, we see that hope begins long before there is light.  One can have hope even when the Sun isn’t shining.  In fact, the light spoken of in Isaiah 9:2 seems to come as a great surprise.  That’s Advent!

Hope born in darkness leads to the dawn of a New Day ushering in joy, peace, and last but greatest of all, love.  If we remain steadfast in hope, Advent light shines in the darkest of places.

In the New Testament, we get that same sense of wonder and unexpected Light.

John describes the Christ as the Light of the World, of whom he says, “The Light shines in the darkness and the darkness cannot overcome it” (John 1:5).

Remember Frodo?  He literally carried light from the Evenstar in his pocket, but the pressure of his current troubles almost got the better of him, and he nearly forgot he had it.  Likewise, we carry Christ’s light within us that can show us the way out of dark places—but we have to remember to use it when dark circumstances confront us.  If we are in Christ and Christ is in us, as Paul says so frequently in his writings, this means we too carry the Light of the World within us.  That Light can show us the way out of dark places, and we can show others the way as well.  We can be a light to someone when all other light has gone out.  In essence, showing others the Way is the crux of our calling as Christ followers.

I was thinking of all this in view of Paul’s words in Romans 5:1-5, in which he speaks optimistically of how “hope does not disappoint us” (Romans 5:5).  At first, that might not seem true to life.  Disappointment is a fundamental reality of life on Earth.  But, once again, taking in the broader context of the passage grants us more clarity.  Paul says we boast in, “sharing the glory of God” (Romans 5:2).  Of course, Christ’s glory came only as he passed through the valley of shadow and death, without which there could be no resurrection. Then, he makes his point more personal, saying that they too boast in suffering, which leads to endurance, to character, and then—only after all these are developed—can we access the hope that doesn’t disappoint. And what helps us endure? Paul describes it as God’s love being poured into our Spirit (Romans 5:5).

It seems that true Advent hope only rises as we walk the path from darkness—including disappointment, struggle, suffering—into the light.  If that’s true, then we ought to be literally brimming over with hope as we begin Advent 2020!

These song lyrics by Natalie Grant read like a Tweetable summary of all I’ve tried to convey.

Our hope endures the worst of conditions.

It’s more than our optimism.

Our hope is unchanged.

Grant’s song came out in 2008—the year our daughter Becca’s identical twin sister passed from life support to life eternal two days after her birth.  How ironic that her name was…. Hope.

December 2, 2020
The Jewish People, History, and Mystery
Next Post

December 9, 2020 In Advent, We Practice Holy Patience - and a Holy Impatience for Justice
Recent Comments
0 | Leave a Comment
Browse Our Archives
get the latest from
suspended in her jar
Sign up for our newsletter
POPULAR AT PATHEOS Catholic
1