Yes, It’s About the White Supremacy 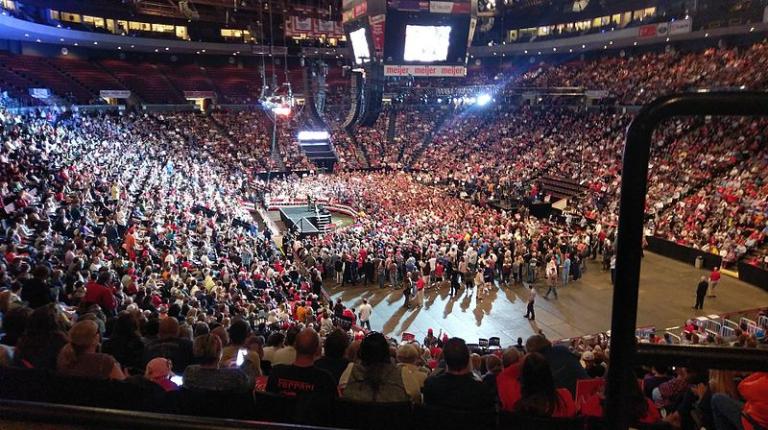 *(NOTE: Nothing that I’m about to say is new. All of it has been said for years and decades by people of color in this country. I take no credit for the fact that I am finally listening and paying attention after being so blind for so long.)

Something finally clicked for me the other night as I watched in horror while Capitol Hill correspondents reported Republican after Republican shoving past or totally ignoring the newly-installed metal detectors and the Capitol Police there to enforce the security measures at the entrance to the House chamber. (This coming just days after the deadly insurrection and attempted assassination of members of Congress and the Vice President of the United States.)

This is what white supremacy looks like, I thought. These are the roots of the systemic racism in our criminal justice system and police forces. Literally everything we are seeing in this current upheaval comes down to white supremacy.

It’s not just hypocrisy. It’s not just that they believe they are above the law. It’s deeper than that. Privileged white people in this country operate under the core assumption that the very purpose of laws, courts, and police is to punish people of color and anyone else who challenges the order of white supremacy (and the history of policing and criminal justice in this country only backs up their belief). The laws are not only not meant for them, they believe it is every white person’s right to enforce this order, to act as righteous vigilantes whenever they do not get what they want or when their supremacy feels threatened.

Some of the complaints from these representatives the other night included saying they were being treated “like a criminal” and making threats like, “You do not understand the ramifications.”

This is because they see the social order as being governed not by rules or laws, but by the domination of privileged white people over the rest of society. What the actual laws or rules are does not matter and they are never be expected to apply to them. All that matters is that they are in charge and their authority is not challenged. They expect all police and courts to be on their side, regardless of the laws, and for the most part, they are.

(Much has been written about the disparities in criminal prosecution, sentencing, and police use of force based on race, so I will not go into all of it here. Suffice it to say the past year should have made clear to anyone how obvious those things are.)

When these white Americans say “Back the Blue,” the implicit statement is actually “Enforce White Supremacy.” We see in the violence at the Capitol just how much these people believe in “backing the blue” when the police (even mildly) attempt to enforce the law against them. One police officer was beaten unconscious and then dragged down the steps by the mob as they used the poles of their American flags to beat him further. Another officer was beaten with a fire extinguisher and died later that night. That officer was himself a Trump supporter, yet that could not save him from the violence of white supremacy that demanded his fealty.

This also explains why the mob did not attempt to hide their identities, but instead were proud to show themselves and document their lawlessness. Because none of them saw what they were doing as lawlessness, but as the assertion of the law, the enforcement of order. This is, in fact, what is meant by the dogwhistle of “law and order,” as propagated by Trump and his followers (and every demagogue that came before them). It means the assertion and enforcement of the social order of white supremacy. This is what they believe is the foundation of what America actually means. This is why they can call themselves “patriots” while fighting to overthrow our constitutional democracy.

These Republican representatives that shoved past the very Capitol Police that had just saved their lives were broadcasting the exact same message. They never believed their lives were in danger, because they were on the same side as the mob. They were protected by the same unwritten law—that it was not only their right, but their duty to assert their dominance. In the House chamber, they showed this by flouting the rules and bragging about it. Make no mistake, they have no respect whatsoever for the “rule of law” except insofar as that law serves the order of white supremacy, i.e. their own power.

In retrospect, I can see now that this attitude has also been showing itself in the response to the pandemic and the safety protocols that have been put in place. I used to think that it was mostly Trump’s denial of the seriousness of Covid-19 that drove this behavior, but I can see now that even a competent government response would have been met with similar backlash. The anti-mask movement and everything it involves, at its core, is also about white supremacy.

It is not simple selfishness (although it is that too). It is the fundamental belief that rules and laws are not meant to apply to white people. (You can see this in the fact that pandemic restrictions have been overwhelmingly more strictly enforced on people of color, most of whom have far fewer options for protecting themselves, even as they have been overwhelmingly more likely to die of the virus.) At the core of the anti-mask movement, even when it doesn’t involve pandemic denial, is the belief that whiteness provides immunity. Having never suffered consequences for anything, how could the virus not spare them on account of their whiteness as well? And, in a very real way, due to income and health care disparities, the effects of the virus *have* largely been borne by the poor and people of color, just as whiteness intended. In fact, it is documented that the turning point of Trump’s response to the virus, and the anti-mask/denial sentiment that went along with it, is directly traceable to the early reports that the virus was far more deadly in communities of color.

While the largely unchecked virus has inevitably spread to affect every population in the country, this is still largely true. But the point is, even without denying the deaths and severity of the virus (as many do), the anti-mask movement would exist anyway. Because the suffering and death of a small minority of the white population is seen as a small sacrifice to make for the enforcement of white supremacy, for the social order that exempts privileged whites from living by the same rules as everyone else. They literally cannot tolerate a system or scenario in which everyone is on equal footing (regardless of the irrationality of applying this to a virus that cannot discriminate). They would rather die or sacrifice their loved ones than capitulate to anything resembling equity.

This, of course, also applies (as it always has) to voting. The fundamental premise at the heart of the Big Lie of the “stolen election,” the reason this lie has worked, is that it is based on a fundamental truth: white Americans voted overwhelmingly for Trump. The entire push to deny or overturn the results of the election is based on the fundamental principle that the votes of BIPOC should not count. Just look at where the attention has been focused on every baseless charge of “election fraud” where the Republicans have called for “throwing out illegal votes”: Detroit. Milwaukee. Philadelphia. Atlanta. These are the black votes. In Arizona, it’s Hispanic and Indigenous votes. According to the social order of white supremacy, these votes should be illegal. They should never have been counted. The will of the white majority has spoken for Trump, and therefore any other result is illegitimate on its face. This is the entire premise and appeal of “Stop the Steal.” To many white Americans, this is the fundamental principle of what America is.  This is why a violent, murderous mob can storm the Capitol to overturn a lawful and constitutional election and still call themselves “patriots.”

There is so much more to say, as literally every issue that has ever caused strife throughout the history of this nation can be linked together by the common thread of white (and male) supremacy. But I want to close by making one last point.

You’ll notice that I did not mention here the KKK, the neo-Nazis, or any of those who proudly claim their ideologies out in the open. This is because, for far too long the mainstream media and white liberal/centrist elite in this country has chosen to scapegoat these extremists in order to ignore the entrenchment of white supremacy that exists in every strata of American life.

In this case, the first and maybe most lasting images we got cast the “rioters” as confederate flag-wavers, young men in ridiculous costumes, role-playing nutjobs who are easy to dismiss. But it is absolutely essential to point out, as more and more reporting comes out from 1/6, that the makeup of this mob cut across every single swath of the white American population. These are your neighbors, your soccer moms, your businessmen, your firefighters, your state delegates, your Olympic champions, your bankers and professionals, your mayoral candidates, your fellow churchgoers, and most importantly, your cops and your service members.

White supremacy is not a fringe group. For many, too many, it is at the very heart of what it means to be American. If we do not recognize this, come to terms with it, and fight against it in our families, neighborhoods, suburbs, and communities, we will not be able to save our country from the precipice on which we currently stand.

I will end by quoting Rep. Alexandria Ocasio-Cortez from her remarks a couple of nights ago. Here she lays out what the stakes are and our only path forward. The commitment we must make to avoid watching our country burn.

“The only way forward is a multi-racial democracy that fights for the economic rights of all people and the civil rights of all people. Period. And they would rather see our country burn than to see them be shoulder-to-shoulder, equal to others. That is the tragedy of white supremacy. The tragedy of white supremacy is that it is doomed to fail. White supremacists will never, ever, ever live in a world where they will see their fantasies come true — ever! Which is why they rely on violence.

P.S. It’s not “the liberal media” making up stories about Trump’s racism and bigotry. Hear it straight from his mouth.