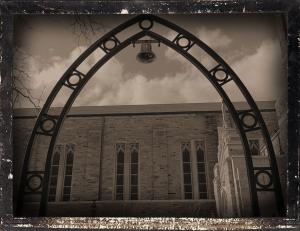 It isn’t uncommon for a person to be skeptical toward a claim. “The moon landing was a hoax,” could easily be met with “I doubt it.” Additionally, most people have experienced lapses in self-confidence which may be termed “self-doubt.”

And yet in all the history of psychological theory and research, when the word “doubt” is used, it is almost exclusively in a religious context. Given that psychologists rarely use the word ‘doubt’ in studies which do not involve religion, one wonders if the idea of religious doubt could be generalized to other mental processes? As it happens, it can.

“Doubt” is simply a specific instance of a larger process called “dissonance.” Dissonance is quite simply defined as the discomfort which comes from holding two conflicting ideas in mind. Most adults have experienced a romantic disappointment wherein “he loves me” is in conflict with “he treats me badly.” Or alternately “I love him” is met with “I can’t be with him.” In a similar vein, one might meet dissonance when one assumes that all of the people who belong to the “other” political camp must be unlikable, and then form a relationship with such a person whom one finds quite likable. Entertaining both ideas at once is uncomfortable.

The human brain, much like the human body, seeks balance. When ideas or emotions stand in conflict, a person’s brain labors to resolve the conflict. Sometimes this means forming complicated explanations which allow both things to be true at once, but more frequently it involves either distracting oneself from the thoughts altogether, or jettisoning one thought in favor of the other.

And so what is termed “doubt” in a religious context is simply the mental pain which comes from finding problems within one’s religious beliefs.

Any adult who has been a Christian for longer than a week will recognize the process of exploring and reconciling these beliefs. How does one interact with nonbelievers? How does one handle un-Christian thoughts and behaviors in oneself? In other Christians? What about the difficulties within the Bible? What about the conflicting beliefs among various churches?

These questions are as old as Christianity itself, and believers have developed a wide range of strategies to deal with them, but this has not eliminated them entirely. Most Christians can live with not having the answers to all of these questions because their religious ideas are supported in other ways. In fact, many Christians never investigate these conflicts at all. But what prevents most Christians from wading into the deep waters of doubt and resolving these conflicts for good or for ill?

Most Christians have one or more forces which act upon them to prevent them from entertaining doubts. Sometimes it is a sense of guilt. “I would be betraying God or my church if I were to criticize.”

Sometimes it is a sense of fear. “If I ask skeptical questions, will God be mad at me? What if it leads me away from the church? What if it sends me to hell?”

Perhaps it is a sense of loyalty. “God and my church come first. They are more important than these questions.”

Sometimes, however, it is a simple matter of comfort. “I don’t really understand these questions, but I am sure there are answers to them.”

So long as the person is comfortable within his or her religious environment and everyday life, these doubts and questions do not pose much of a threat, and these various justifications are sufficient to keep the person from exploring these questions.

Rachael Slick’s claim to fame is being the daughter of the man responsible for creating the Christian Apologetics and Research Ministry (CARM), Matt Slick. In the year 2013 she published an article on The Friendly Atheist website which immediately drew the attention of Atheists and Christian Apologists alike. It was a tell-all story of how she went from being a good Christian girl to being an atheist and skeptic. In college, she says in her article, she once had a conversation with a friend in which she asked a very challenging question about God which seemed to have no reasonable answer. After asking this question, an avalanche of other questions cascaded her until she was quickly convinced that God did not exist after all.

This, Rachael said, came with a sense of relief. For instance, she no longer felt in danger of hellfire when she slept with her boyfriend. The guilt that came with sleeping with her boyfriend contrary to her Christian beliefs had clearly generated a dissonance, given that she feared hellfire as a consequence. But it was this unanswerable question which gave Rachael intellectual permission to entertain her doubts.

For Rachael the “prohibitive principle” which was preventing her questions was the confidence gained from her father that all the Christian questions had answers. Upon discovering a question which apparently had no answer, the prohibition was removed, and she gave herself permission to doubt. Upon doubting, the dissonance related to her guilt was removed, and with it came a sense of relief.

Frequently all it takes to remove the prohibition is a move away from one’s insular Christian environment. When one enters the larger world with exposure to a wide variety of new ideas and people, the reinforcing power of the Christian environment loses its potency, and one suddenly has permission to ask the questions and explore the doubts in a way the church environment would not have allowed.

Deconversion typically takes time. It does not happen overnight, and people who recount their deconversion experience generally report gradually beginning to realize they no longer believed. The process which occurs between the trigger giving permission to doubt, and the realization that the person no longer believes works something like this.

The person encounters a difficulty with belief (dissonance). The person resolves the dissonance in some way – usually discarding the belief or embracing an explanation for the difficult. However, the alteration in thinking which comes with changing that belief results in further dissonance. The person goes through the cycle of trying to resolve dissonance repeatedly, and with each change in beliefs, more problems arise. Eventually the tapestry of the person’s religion is so riddled with holes or patches that the whole thing is discarded.

Various deconverts have described this process in terms of gradually bailing the water out of a pool until the pool is empty, or removing bricks from a wall until the wall is gone, or spreading the body of the belief out on an operation table and dissecting it like a pickled frog.

The above article describes the stages along the deconversion process from doubt to deconversion. The actual deconversion comes with heavy consequences including an identity crisis and loss of supportive community. However the topics related to fallout deserve exploration in their own article. 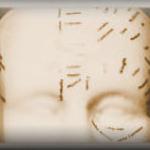 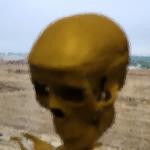 General Christian
A Study Which Says Religious People may be...
Switching Sides 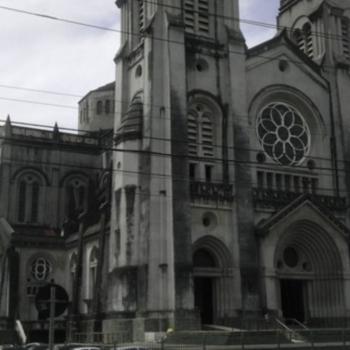 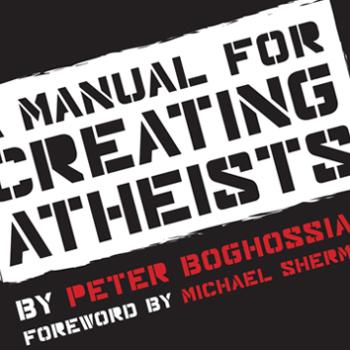 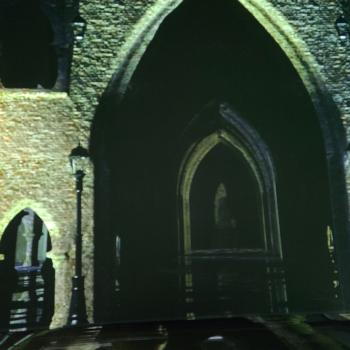