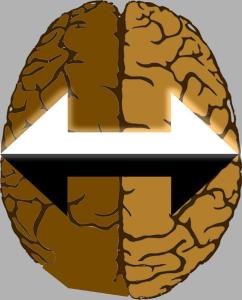 In his March 24th talk at the 2012 Reason Rally, popular atheist speaker Richard Dawkins called upon fellow atheists to adopt this tactic toward the religious:

“…mock them. Ridicule them. In public… Religion makes specific claims about the universe which need to be substantiated, and need to be challenged, and, if necessary, need to be ridiculed with contempt.”

In his 2013 book A Manual for Creating Atheists, author Peter Boghossian takes a view almost opposite that of Dawkins. Says Boghossian,

“It’s more likely you’ll earn success if you view what you’re doing as an intervention and consider a person of faith as someone who needs your help—as opposed to passing judgment. A positive, accepting attitude will translate into an increased likelihood of treatment effectiveness.”

This conflict between mockery on the one hand and persuasion on the other is a question which has received very little resolution in the way interactions between the faithful and the skeptics occur, as testified by this excerpt from an article on “Atheist Revolution”:

“One of the longest running controversies among atheists concerns the use of ridicule and mockery as a way of responding to public expressions of religious belief. Some argue that mockery and ridicule should have no place because they elicit resistance and strengthen belief, because they are immature or mean, or because we atheists should respect religious believers too much to mock their beliefs. Others, and I count myself among them, insist that ridicule and mockery of beliefs (though not necessarily of individuals) have an important place and should not be abandoned.”

The case for Ridicule

Ridicule has a long history as a method of debate. Samuel Clemens (Mark Twain) was known for writing humorously ridiculous things about politics and religion with which he disagreed. Katharine Tait, daughter of atheist Bertrand Russell, recalled how her father would pull his car alongside Sunday churchgoers and heckle them as they exited church. G.K. Chesterton would poke fun at his rhetorical opponents. For Russell, the heckling of churchgoers was likely for the sake of the churchgoers themselves, or more likely, for his own satisfaction. However, for Clemens and Chesterton, the ridicule was generally for the sake of their readers, most of whom probably agreed with them.

Similar to Chesterton – whose debates were often directly verbal in addition to his written work – the late Christopher Hitchens was renowned for his witty rhetoric in debate and in writing, the cleverness of which was often praised by his opponents as much as from his supporters.

However, unlike the witty intelligence of Clemens, Chesterton, and Hitchens, the meme culture advanced in the more modern realm of online atheist debate has abandoned the charms of clever wittiness for crude, perfunctory jabs.

The meme culture of social media debate bears a resemblance to another classic form of media: namely, propaganda. Whether in the form of cartoons, posters, speeches, or pamphlets, the Institute for Propaganda Analysis identifies seven features of propaganda. These are:

While propaganda has historically been very effective at embattling the masses against an opponent and reinforcing the resolve of one’s “own side,” it has been less effective at winning opponents over.

In his paper “Confrontation and Ridicule” (2008), researcher Jan Albert van Laar says, “Ridicule profits from humor’s good reputation, and correctly so, even when it is used in argumentative contexts. However, ridicule can be harmful to a discussion.” Laar concludes that ridicule has its place when it is directed at the argument rather than the arguer, insofar as it helps identify the distance between the two positions. And properly employed, ridicule with humor can be an icebreaker and facilitate discussion.

In both propaganda and debate, it may be seen that ridicule is an effective way at discrediting a position in the eyes of observers, but much less so at winning over the object of ridicule.

The Case for Persuasion

In a 1967 study by Robert P. Abelson and James C. Miller, the researchers noticed a “Boomerang Effect” when a person was insulted, causing that person to adopt a more extreme position than they previously had. This was the same result with or without onlookers to play to. A much more recent study by Kim, Levine, and Allen (2014) noted that personal insult or poor argumentation led to “persuasion failure.”

Author C. Brookes, a professor at Harvard Business School, notes that “othering” a person (putting them outside your camp) puts the person in a position of hostility from the outset. On the other hand, listening to the other person’s perspective prior to presenting one’s own perspective increases likelihood that person will listen themselves. Brookes notes that one thing which causes salesmanship and evangelism to be successful is that the product or idea on offer is presented as a gift rather than an alternative.

One of the oldest and most-studied forms of persuasion is that of evangelism. In Lewis Rambo’s model of religious conversion, friendly, non-adversarial interactions with religious individuals is one of the key components of the conversion process. This observation was taken to an even further degree by researcher Langston and Facciani (2019) who observed that a key component of an atheist becoming a Christian involved a friendly interaction with that Christian which broke the stereotypes the atheist had previously had.

“Deep Canvassing” is a technique developed in California in the last ten years or so, in which individuals go door-to-door, have brief conversations with individuals about contentious political issues, and change the person’s mind with a high success rate.
The first core principle of this technique is the strong policy to be as friendly as possible. The canvasser makes the subject feel as if the canvasser’s day is better for just meeting them. They are instructed to be “relentlessly positive.” Ironically, this is remarkably similar to a technique used among small religious movements (cults) called “love bombing.” The description of love bombing is essentially the same: relentless positivity and making the person feel special and meaningful to the speaker. Both Deep Canvassers and cultic missionaries have stumbled upon the same principle: people are more liable to change their mind when they are made the center of positive attention.

In short, the weight of research suggests that, in order to persuade an individual, listening to the person, including the person, and having friendly, informal interactions with the person are very effective.

More often than not, social media debates stray into insults, trolling, put-downs, and anger. Some have defended this as the best way of getting a point across and achieving victory for “their side.” Research supports that this may, in fact, be the case with onlookers who are not directly participating in the conversation. The more assertive and forceful writer and speaker often wins the audience by being interesting, amusing, and very visible – especially if their opponent is being dry, factual, and quieter. However as a method of persuading the person one is directly engaging, insults and mockery tend to cause the person to double-down or take an even stronger position.

If one wishes to persuade the individual to whom one is talking (as opposed to impressing onlookers), it is helpful to listen to their perspective, include them as a peer or equal, and building a basis of trust outside of the point of conflict.

In a sense, both Dawkins and Boghossian were right in their own way. Discrediting one’s opponent by insults and mockery does give them less persuasive punch, however if one wishes to be persuasive toward the person themselves, mockery is a poor method of doing so.

The Perks of Taking the High Road – The Atlantic

How Deep Listening Can Make You More Persuasive (berkeley.edu)

Toward Faith: A Qualitative Study of How Atheists Convert to Christianity 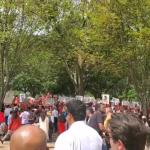 November 28, 2022 "A Manual for Making Atheists": an Imperfect Book but an Effective Movement
Recent Comments
0 | Leave a Comment
Browse Our Archives
Related posts from Switching Sides 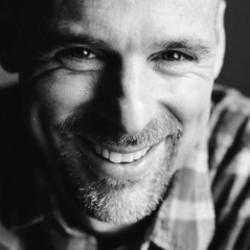 General Christian
The son of a Famous Evangelist who Became...
Switching Sides