Embracing New Media with Hope: A Review of “Mediating Faith” 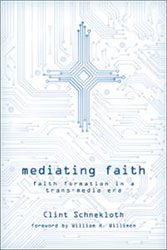 Is social media a means of grace? It can be. Is the Spirit in the network, mediating divine grace in places like Facebook and Second Life? According to Clint Schnekloth, the Trinity is already working in and through our social media. In Mediating Faith (Fortress Press, $29.00), Schnekloth argues that “social media offers imaginative space to consider how faith might be lived and formed in nonhierarchical yet highly connected ways.” Digitally-mediated environments, Schnekloth says, are a mission field, and he offers a proposal for providing effective ecclesial presence in this brand new terrain.

Churches struggle with social media platforms like Facebook, and immersive virtual realities like World of Warcraft or Call of Duty.  They tend to place their focus on what is being said, without giving a similar amount of attention to how it is being said. But as Marshall McLuhan observed 50 years ago, “the medium is the message.” So, Schnekloth argues, the time has come for churches to reduce their focus on content, and start paying attention to the media themselves.

Having been slow to adopt social media, churches are accused at times of being “Luddites,” after the 19th-century English textile artisans who opposed the introduction of labor-saving devices that threatened their craft and their livelihood. Schnekloth acknowledges that today’s Luddites have legitimate objections, just like their namesakes. He addresses three of the most prominent and thoughtful of them, including MIT’s Sherry Turkle who, after 30 years of researching identity formation in digital environments has concluded that we have become tools of our technology, not the other way around. There is, she finds, a loss of intimacy, now that our intimacies are created by the architecture of social networks.

However, churches can engage in digitally-mediated environments without becoming tools of them. They can do this by using the new media without “technologizing” them. In other words, in their work within and through social networks, churches can allow for the transformative work of the divine. They can employ the new media with the awareness that the Spirit is already eschatologically present, bringing a future filled not with efficient outcomes, but with the gifts of love, joy, peace, and gentleness.

Churches should engage the new media because (and here Schnekloth quotes Douglas Estes’ recent book Simchurch) the “Christian church is engaging far less than 1 percent of the seventy million people who are active in the virtual world. This means the virtual world is by far the largest unreached people group on planet earth.” But churches need to reach these people in ways that are affirming and lasting, and that understand and replicate the cultures of the virtual world. Schnekloth asks, “How can we invite our young people on a journey that results in them becoming church geeks? Since geeking out is so engaging, so playful, and so joyous, it is for this reason above all others that youth leaders need to learn from the virtual world’s culture, collectives, and varieties of play.”

The practice of training a catechumenate is growing in some churches, and here Schnekloth finds an ideal case study for understanding how the new media can inspire churches in new and creative mission projects. The catechumenate is “particularly vivid as an example perhaps because it represents and is a kind of entire culture.” Seen from the point of view of media studies, the catechumenate is an interactive multimedia phenomenon, encompassing Scripture, preaching, sacraments, music, and habitual and repeated practices. Passing through a series of stages, the catechumen learns Christianity by being Christian, much in the same way a newbie to World of Warcraft learns the game by playing the game. The principles of game play, developed for digital worlds, can instruct and inform the manner in which the catechumenate is engaged and encouraged. Playfulness can be the way to epiphany.

Whether churches import the principles of video game play into the physical world of the catechumenate, or journey into places like Facebook and Minecraft to circulate and interact, they are bound to encounter the mediating presence of the Holy Spirit. In Mediating Faith, Clint Schnekloth offers a program of faith formation in which new media and technology “are perceived not as guarantee of either utopian outcomes or dystopian destruction, but rather they are mediating cultures enlivened by the Spirit that serve as centers of repeating action, continuing places of possibility.” Christian eschatology teaches that the future is on its way.  The new media can be embraced with awareness, and with hope.

Mediating Faith is an optimistic book. Schnekloth understands that the new media is here to stay, and that it signals a social and cultural change at least as shattering as that launched by the new technology of the printing press. Schnekloth’s own Lutheran tradition was a primary beneficiary of Gutenberg’s invention, and yet that tradition now looks as if it will be diminished by the network society. But can Schnekloth’s program of mission and ministry in the “largely digital” new world bear fruit for the church?

I have spent my share of time in these virtual environments, and in my experience, the denizens of these worlds will not welcome Christian missionaries. They are educated and aware, and understand the devastating human consequences of the Christian missions that piggybacked on colonialism. They will see Christian mission and suspect an agenda of cultural control. Can that rift be bridged, and should it be? These questions sit like the elephant in the room, waiting to be asked and answered.

Dr. Beth Davies-Stofka is Chair of Literature and Journalism at Colorado Community Colleges Online. She has taught courses and designed games in Second Life, and has served as an instructor for teacher training courses in games and education. She is also a founding member of Sacred & Sequential, a consortium of religion scholars working with contemporary graphic art and narrative. 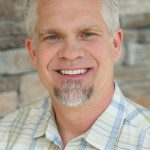 March 14, 2014
Between Heaven and Earth: A Q&A with Steve Berger
Next Post 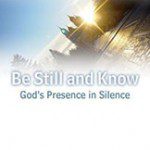 March 19, 2014 Creating Spaces of Quiet: Reflections on "Be Still and Know"
Browse Our Archives
Related posts from Take and Read

'Why Haven't You Healed Me?': 'The Chosen' Creators...
As the third season of “The Chosen” premieres this weekend in theaters,...
view all Entertainment blogs
Copyright 2008-2021, Patheos. All rights reserved.
Close Ad