Even the Faith Giants Didn’t Always Get it Right: Q&A With Frank Viola

Even the Faith Giants Didn’t Always Get it Right: Q&A With Frank Viola February 26, 2019 Lesli White

In November 2014, bestselling author Frank Viola was given a special task by Rick Warren. He asked him to write a series of articles called “Shocking Beliefs of [the Great Theologians]” on his blog. The one objective? To call for grace, civility and tolerance among Christians when they disagree with one another over doctrinal issues. This call couldn’t have come at a better time as we often see too many Christians act ungraciously toward one another when they disagree.

This series revealed that even faith giants like C.S. Lewis, Luther, Calvin, Moody, Spurgeon, Wesley, Graham and Augustine had flawed views on a number of issues. Since the “greats” didn’t always get everything right, we can be more patient with other believers when we feel they hold a flawed viewpoint.

Due to popular demand, Viola expanded the series into a short book ReGrace: What the Shocking Beliefs of the Great Christians Can Teach Us Today. Viola took the time to answer a few questions about his new book. These eye-opening responses may help soften the way you interact with others when you face theological disagreements:

1) Why did you write ReGrace?

Over the years, I’ve watched Christians destroy one another online over alleged doctrinal trespasses as well as over political disagreements.

And the vitriol has only worsened.

After watching the way countless Christians treat one another on social media when they disagree — even to the point of blocking one another — I’m convinced that if murder were legal, we’d see a lot of dead Christians who were slain at the hands of other Christians.

While I was considering a solution to this, Rick Warren read an article I wrote on my blog about Martin Luther. This provoked him to ask me to write a series of articles on Christian civility by looking at the shocking beliefs of the great Christians.

I immediately resonated with the idea and began working on the series.

The idea was that if we understood that every person who shaped the body of Christ throughout history held to some flawed views, this fact alone would give Christians pause before they raked one over the coals because of a theological disagreement.

Because the blog series was so well received, I decided to revise and expand it into a short book.

2) How will readers personally benefit from ReGrace. In other words, what’s in it for them?

First, they will laugh a lot. The entire book pokes fun at ourselves (including myself), and most of the chapters are peppered with humor. So it’s an entertaining read (so I’m told from those who read the manuscript).

Second, I think the historical facts will fascinate many. Discovering some of the surprising – and even shocking – beliefs that the “greats” in church history held is quite interesting.

Third, I believe that if I made my point successfully, readers will extend more grace to their fellow Christians the next time they encounter a theological or political disagreement.

Fourth, I give some practical tips on how to disagree agreeably and in a Christ-like way as well as how to identify a genuine disagreement opposed to a semantic one.

I trust the insights in the book will help readers better communicate with their fellow Christians (as well as with non believers) whenever they disagree.

3) What did you find to be the most fascinating facts in your research of the shapers of Christianity and their surprising beliefs?

Here are just a few of them (the book has many more):

The book also treats some surprising beliefs held by Billy Graham, Charles Spurgeon, and some others.

Yet despite their shocking beliefs on certain issues, God still used each individual in remarkable ways.

In the book, I quote what George Whitefield (a Calvinist) said about John Wesley (an Arminian) when he was asked if he will see Wesley in heaven.

“I fear not, for he will be so near the eternal throne and we at such a distance, we shall hardly get sight of him.”

That’s perhaps the best example of “regracing” that I can point to.

4) Tell us about the word “heresy” and how Christians have misunderstood it.

Heresy, then, is an action, not a belief.

Consequently, a person can be a heretic with the truth if they use that truth to create division among a body of believers.

We prove this biblically in one of the chapters.

Unfortunately, “heresy” and “heretic” have come to be degrading labels that some Christians put on those with whom they disagree. A la, “if you don’t agree with my doctrines and my theology, you’re a dirty rotten heretic!” Sigh.

5) What else do you want to say about the book?

Early readers of the book found it an eye-opening joy to read. I hope that’s the case with everyone else who picks up a copy.

People can check out free samples of the book here. That page includes ordering information as well. ReGrace.info

In ReGrace, Viola argues that the simple awareness that some of our favorite teachers in church history had blind spots and held to some false – and even shocking – views can soften Christians when they interact in the face of theological disagreements. Will you consider grace today?

The book is available for purchase March 5th. 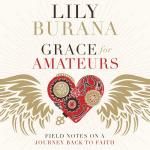 November 8, 2017
Author Lily Burana on Experiencing God's Grace and Her Journey to Spiritual Recovery
Next Post

August 13, 2020 Rethinking Ritual for a Secular Age: An Interview with Casper ter Kuile
Browse Our Archives
get the latest updates from
Take and Read
and the Patheos
Entertainment
Channel
POPULAR AT PATHEOS Entertainment
1