God and the Gay Christian: A Q&A with Matthew Vines 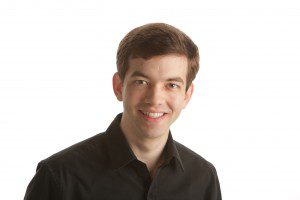 “Jesus indicates in the Sermon on the Mount that good teachings should bear good fruit. The consequences of the evangelical church’s categorical rejection of same-sex relationships have been anything but good: higher likelihoods of depression, illegal drug use, relational brokenness, and suicide. Those are all red flags that opposing same-sex marriage isn’t the best understanding of Scripture.” — Matthew Vines, author

This month, the Patheos Book Club features a controversial new book examining the Bible’s view on same-sex relationships. The book, God and the Gay Christian: The Biblical Case in Support of Same-Sex Marriage, is written by Matthew Vines, a Harvard-educated, young, gay Christian man. What makes this book especially controversial is that Vines is an evangelical Christian with a “high view” of scripture — not the constituency you’re most likely to hear such an affirming perspective on this issue coming from. Yet Vines’s fervent hope is that this book will open up the conversation on this issue in conservative churches, where he says, “there has been little to no theological debate so far.” 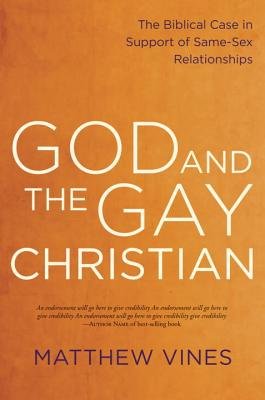 Here, Vines shares some of his personal story, his impetus for writing the book and what how he hopes the book will benefit the conversation.

Briefly, what is the story of when you initially acknowledged to yourself that you are gay?

I didn’t even let myself think about whether I might be gay until I was 19. The personal, familial, and spiritual consequences of understanding that about myself before then would have been debilitating to me. But going away to an LGBT-friendly college gave me the space that I needed to start removing a lot of the psychological barriers I’d built up over the years. Once I finally let myself think about my sexual orientation more honestly, it was glaringly obvious to me. But while that was relieving in a sense, it was also terrifying in light of my family and church background.

As a devoted Christian, how are you able to reconcile your orientation with your faith?

That was the question that loomed large for both me and my parents after I came out, and it’s what led me to take a leave of absence from school and undertake an intensive study of Scripture. I’ve now dedicated four years of my life to researching the issue of same-sex relationships and the Bible, and I’ve come to believe that the Bible doesn’t address the issue of committed, monogamous same-sex relationships. And while it’s true that biblical silence doesn’t necessarily mean divine blessing, same-sex marriages are consistent with Scripture’s core teachings about human sexuality, which is why I think God does bless them.

You say you hold a high view of Scripture. What does that mean? Why is it important?

In denominational debates about this issue over the past several decades, the key fault line between Christians hasn’t actually been whether they support or oppose same-sex relationships. From the viewpoint of theologically conservative Christians, disagreements over this issue are merely symptomatic of a deeper disagreement: Is the Bible authoritative for Christians, or not?

If you argue that we are free to agree or disagree with parts of the Bible we may not like, then supporting same-sex relationships is easy: just say that the biblical authors were wrong and move on. But that isn’t how I see the Bible, and it isn’t how most evangelicals see it either. When I say I have a high view of Scripture, what I mean is that I don’t feel free to set aside parts of the Bible that may make me uncomfortable. Instead, I have to seriously grapple with Scripture, daily striving to submit my will to the Bible rather than submitting the Bible to my will. For Christians who share that understanding of Scripture, biblical interpretation on same-sex relationships is far more consequential in determining our beliefs.

Why did you feel it was necessary to go and re-examine the Bible passages on same-sex relationships?

Jesus indicates in the Sermon on the Mount that good teachings should bear good fruit. The consequences of the evangelical church’s categorical rejection of same-sex relationships have been anything but good: higher likelihoods of depression, illegal drug use, relational brokenness, and suicide. Those are all red flags that opposing same-sex marriage isn’t the best understanding of Scripture. That bad fruit was the main reason I felt I needed to take a closer look at the Bible on this subject.

What did you discover in your research that helped you and your family with accepting your orientation?

The first thing I realized was simple but significant: The longest discussion of same-sex behavior in Scripture—in Paul’s letter to the Romans—referred only to lustful behavior. The types of loving, committed gay marriages we see on a regular basis today are never discussed in the Bible. In fact, the entire understanding of same-sex orientation as an exclusive, permanent, and unchosen characteristic of some people is completely foreign to the world of the Bible, which helps explain why the Bible’s discussion of same-sex behavior looks quite different from our modern debate. Understanding those differences was crucial in bringing my parents to a place of affirming my sexual orientation.

How does the case you present in God and the Gay Christian change the conversation regarding the inclusion of LGBT Christians in the church?

Given that the six references to same-sex behavior in Scripture are all negative, it’s easy to see how the debate has unfolded in the way that it has. For a long time, it’s seemed like there have been two options: either accept Scripture’s negative judgment on same-sex unions, or set aside certain passages from Scripture and accept same-sex unions. But as I argue in the book, that is a false choice. Through a careful study of the type of same-sex behavior described—and condemned—in Scripture, Christians can affirm committed, monogamous same-sex relationships and also affirm the full authority of the Bible. That understanding is critical to laying the groundwork for LGBT acceptance in conservative and evangelical churches.

What do you hope is the outcome from your book?

My initial hope for the book is that it helps to finally open up the conversation on this issue in conservative churches, where there has been little to no theological debate so far. When I was trying to come out to my church a few years back, it was incredibly difficult even to start the dialogue with most people. When that’s the case, the strength of your arguments almost doesn’t matter, because if you can’t get a hearing, nothing will change. If the book can help to start the dialogue in those churches, that would make a tremendous difference for the LGBT people who worship there. Beyond that, my longer-term goal is to help forge a world in which all Christians embrace and affirm their LGBT brothers and sisters as true equals. This kind of theological dialogue is indispensable in shaping that future.

Read an excerpt from God and the Gay Christian at the Patheos Book Club here. 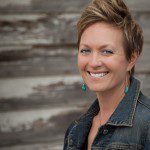 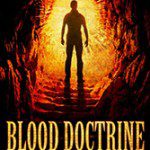 May 6, 2014 Christian Piatt's Blood Doctrine: A Review
Browse Our Archives
Related posts from Take and Read