Breakdancing and Power Tools: The Importance of Male Friendships 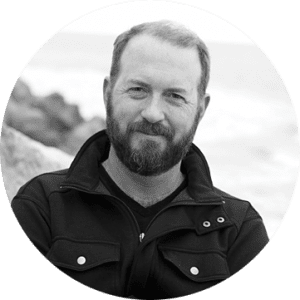 “Ten years after my best friend’s funeral he is still shaping my life. He’s shaping it from the path he helped to put me on. And he’s shaping it through the lessons learned from our friendship. As a result, I am motivated daily to be that friend to others.” — Roger W. Thompson, Author of My Best Friend’s Funeral, a Memoir

“Do you know how to break-dance?”

I thought it over for a minute. We were walking to Tim’s house after school, trying to figure out who’s good at what. Having already covered BMX racing, in which we’d clearly established my talent; and sports, of which we’d clearly established his; we were now moving on to other skills assessments. It was a junior high version of dogs sniffing butts.

When I met Tim I had just moved from an out of town school and didn’t have any friends. He was a star athlete, tall, popular, and the leader of the school’s breakdance club. I was skeptical of that last part. I watched from a distance as he and others spun on their backs, did the windmill and called each other out by imitating a wave with their arms, ending with the abrupt locking of the wrist and a “talk to the hand” sort of move. The last part was a little hard to see because of the poufy shirtsleeves of their matching outfits. I was skeptical of that too.

The first time I saw them in the hall I thought it was a fistfight. A crowd circled and yelled and called out the names of those in the center of the circle. I would have been less conflicted about that. There would have been a winner and a loser and if the crowd was lucky, bloodied noses to talk about the rest of the day. But with breakdancing and poufy shirtsleeves, there could be no clear winner. Though I had no friends, and wasn’t on top of 80’s pop culture trends, I at least knew that. Which I meant to tell him on our way to get me a breaker jacket.

Tim and I grew to be the best of friends. Closer than brothers. I have an incredible wife, and some good female friends, but there are some things that only a solid guy friendship can do. Tim has shaped and cut and encouraged who I am and he continues to have more influence on my life than just about anybody. He has also been dead for ten years.

For years after Tim’s death I grieved the loss of his friendship until somehow I realized that it wasn’t lost. Though in different form, it was still a gift. A living gift. Most of what I know about friendship, or any relationship, was learned through the course of our life together.

I hate instruction manuals. Rather than read a manual, I’d rather spend half a day on a one-hour project cursing and kicking boxes and calling over a friend to stare at inane parts and creatively insult whatever Norwegian company packaged such nonsense. An American company would have just sent a hammer and a six-pack and the instructions would say, “call some friends, drink these beers, and figure it out.”

Perhaps the greatest symbol of a male relationship is another man’s tools in your garage. It’s like a friendship ring, but better. You can actually make stuff with it. Tim would bring over his tools, many of which I still have, and we would figure it out. And while whatever was in the box was taking shape, the more important parts of our lives were taking shape with it. We’d ask about marriages and kids and work and talk through whatever problems faced our lives. The tools friends share are time and compassion, wisdom and accountability. And friends share these tools generously.

Friends are like mirrors, helping us see around the blind spots of our lives.

A good friend isn’t afraid to call you on your crap. Tim decided early in our relationship that he wasn’t going to let me get away with my self-destructive tendencies. He knew who I was capable of being. He also knew the obstacles I would place in the way of me becoming my better self.

I don’t know why, but when girls call guys on their crap it sounds like nagging. When guys do it, it sounds like good advice. Perhaps in a better world this wouldn’t be the case. But as long as we live in a fallen world, men will need other men to keep them on task, keep them from driving into a ditch, and push them towards their better selves.

Friends give us the courage to do things we couldn’t do on our own.

I wasn’t sure about marriage. It stood in a long line of other things I wasn’t sure about either. Love. God. Myself. I said it was because of my childhood.   It was because I didn’t have a dad. I created compelling excuses. Left on my own, I may have believed them to the point of robbing myself of every best blessing this life would have to offer. A wife. Two sons. A love beyond measure.

In a way that only a good guy-friend can do, Tim stepped in and bridged the gap of my doubt. Every game of catch, and every kiss goodnight, and every morning hug, can be traced back to a moment with my best friend, a conversation of fears and shortfalls, and a resting in his confidence of who I am capable of being.

Ten years after my best friend’s funeral he is still shaping my life. He’s shaping it from the path he helped to put me on. And he’s shaping it through the lessons learned from our friendship. As a result, I am motivated daily to be that friend to others.

Tim, from where ever you are reading this, I want to tell you how thankful I am for your friendship. I am grateful for the years we had together in person. And I am grateful for how those years continue to shape my character in your absence.

Also, I wanted to apologize for never returning your sander. 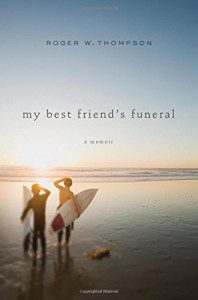 For more conversation on — and to read an excerpt from — My Best Friend’s Funeral, visit the Patheos Book Club, beginning Nov. 16, 2014, here. 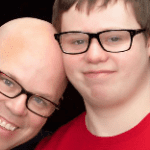