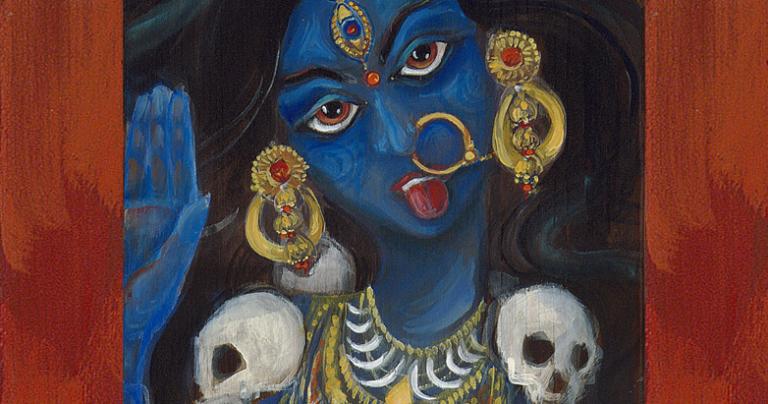 Listen up folks: don’t be a hipster of Gods.  There’s no extra bonus points for it, and it doesn’t help deepen your practice.  I don’t care when someone discovers a deity – whether it was 40 years ago, or last week.  The only people that should matter to is that person and that deity.

(Some days, I truly love the Internet. It’s not only great for sharing ideas and connecting with people I don’t get to see daily – but it also spawns a lot of material for me. A single random comment can inspire a whole blog post. It’s amazing!)

Yes, you’re probably noticing more mentions of “dark” deities.  Sure, maybe you were “into” them before the folks around you.  (Would you like a Sabbat cake or a shiny pentacle for your reward?)

Or maybe you just recently found them yourself, and are noticing them more. Funny thing about learning: once you come across something new, you start recognizing it more around you.  That’s true for everything from fashion and cars, to words and gods. It’s natural.

But there’s a more profound reason why “dark” deities are becoming more and more visible: they’re needed for the times we are in. I mentioned this a bit in my previous post about Hekate at the Crossroads: “…I continue to marvel at how the vibrations are increasing.  Her name appears more and more: in art, in writing, on lips.  It is a sign of the times and our needs.”

When I was a witchlet, people often talked about “dark” deities in hushed tones, often in the phrasing of, “oh so and so works DARK goddesses, be careful.” (Some of these people probably still say that, but I think that says more about them than anyone else.)  I’m rather dubious of interviewing deities to determine if they fall within someone else’s cubbyholes. Sure, you can question why a god wants to work with you, but not their nature.  That’s probably not something you’re going to understand upfront anyway.

I keep putting quotes around dark because I feel darkness is very much misunderstood in general. I don’t see gods such as Hekate, Kali Ma, Baba Yaga, Baphomet, Santa Muerte, the Morrigan, Sekhmet, Lilith, Erishkigal, Coyote, etc as “dark” – but as guides and agents of balance.  They oversee death and rebirth, destruction and creation, sexuality and sensuality, chaos and control.  These are not bad things. They teach us to be whole, they challenge us to change, they push us to create, they illuminate our paths.  They’re not easy, but neither is life.

Why do we need wholeness, change, creation, and illumination?  A quick glance at the world around you should be enough to give you an inkling.  Deeper inspection makes it beyond obvious: political, social, and environmental crises abound.  These pull and churn at our emotional, mental, physical, and spiritual well-being.  Many of these issues are deeply systematic, meaning it’s going to take a huge amount of shifting, breaking down, churning, and burning to reset. Not just one election, or one law, or one person speaking out will change it.  It’s bigger than that.  As Byron Ballard has been talking about for a while now – this is Tower Time.

These deities, these gods, these spirits are here to help guide us through it.  They’re becoming more prominent because the need – our need –  is great.  And as it is the nature of gods – we are interlinked and interwoven – we need each other.

I’m not reveling in it or thrilled about the whole thing. Really, I’d much rather be chilling and petting cats.  But this is bigger than me, and you, and gods, and yes, even cats. This is an awakening.

So we must be prepared to face, embrace, and enter the darkness in order to truly emerge.  Just remember, we’re not doing it alone. 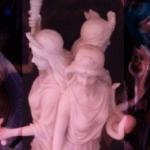 August 8, 2017
Meeting Hekate: Ecstasy and Unlocking the Crossroads
Next Post 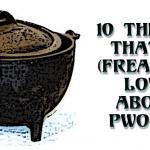 August 14, 2017 10 Things I Love About 'Pwords'
Recent Comments
0 | Leave a Comment
Browse Our Archives
get the latest from
A Modern Traditional Witch
Sign up for our newsletter
POPULAR AT PATHEOS Pagan
1

Are Humans the Children of the...
John Beckett
Related posts from A Modern Traditional Witch