In The Witch’s House, Weird is Normal and Normal is Weird.

Sometimes you really don’t know how weird you are, until the outside world stops by.

The other week, while we were away at ConVocation, the heater for our house broke. Luckily we have two space heaters for the upstairs portion of our circa 1903 house (no central heating for the second floor), so our friend who was cat/house sitting managed to get by with enough warmth.  But things had gotten pretty chilly  – both inside and out – after we had gotten home and waited for the repairman.

We had settled into what we call the Salon in our house. It’s a convertible space where I teach dance class and Nathan gives music lessons – but also is the living/gaming/ritual room. It’s well insulated with a pocket door and curtains, so we had moved our office work into the Salon, piled on the blankets, turned up the space heater, lit quite a few candles, and let the cats leech us.  The thermostat is located in this room.  As is several altars, multiple statues of deities, and other witchy paraphernalia.

Which honestly matches the rest of our house.  The walls are painted in jewel tones, there’s art, gods, and unusual things everywhere. Clearly minimalism is not a concept I have yet mastered and instead I have let my inner Victorian designer run rampant.  I’m rarely aware of this being odd or strange at all – it’s just how things are.

And then as the repairman ducked under the bower of bones and lace to examine the thermostat, I looked up from my computer and the purring black cat in my lap, and had a flash from his perspective. LORD ALMIGHTY.

He quickly headed downstairs to the basement to look at the heater. Like if I had not happened to look up at that moment, I might have missed him entirely entering and leaving the room.  I vacillated between amusement and some form of awkward embarrassment. I’m not sure whom for.

The diagnosis on the heater?  The control board where the fuses are had completely blown out. He had no idea what could have caused it, except maybe a power surge.  I called the electric company, but nothing was reported in our area the day the heater died – or before. Furthermore, none of the clocks had been blinking – usually evidence that something had happened. (And no, our friend hadn’t fixed them.)

The next day, the repairman returned with a new part, installed it, and got things up and running in record time.  He, a very experienced technician and mature man, still had no real idea why or how the strange burn out had happened.

But I had an inkling.  The house spirits were unsettled.  We’d barely been home last month, coming home late on a Tuesday and leaving very early Thursday morning.  There was no time to clean the house – we barely got to do laundry, re-pack and head out again. The cats weren’t happy (despite how much they love our friend), and the house wasn’t happy either.

And while I was realizing this build up of events, my “rational” brain chided, “You know this is crazy right? Spirits? Really?”

In response, the Witch brain responded, “Really dude? Have you NOT been paying attention at ALL to anything happening in the last several decades around here?”

We literally have thousands of years of folklore and practices from all over this planet regarding spirits – wild and residential.  The more humanity has tried to dismiss those ideas and stories as superstition and fairy-tales, the more disconnected we have become from the world around us. When we actually start to pay attention to the world around us – to really watch, listen, and take care – things go far more smoothly.  The more layers of whitewash, concrete, and plastic we put between us and the earth, the more insulated and cut-off we become.  When you stop to think about it, all of that separation isn’t normal.  This is all rather new to our brains and bodies, and we’re seeing the deteriorating effects in full high-definition color around us.  Mental, spiritual, and physical disassociation directly impacts society and the world we live in.

You don’t have to believe in grumpy little invisible men breaking things in your house to feel something is amiss. Every residence has an optimum flow and hum to it, and just like a car – when you’ve got a leak or run out of oil, it throws the whole system out of whack. Things break that otherwise shouldn’t.  The trauma or damage often cascades into a bigger mess.

The heater was fixed later in the evening, so the very next morning bright and early I got to work on cleaning the house.  We did a major overhaul on all of the altars and started to set up a new central “hearth” altar for us. It’s still not optimal flow yet, because we’ve both been fighting off being sick, but things feel significantly better. We have more minor repairs and plans to really get the house back into shape this Spring.  Things we’ve been putting off since we moved in will finally get done and that feels good.

How many stories have you heard where a friend starts off with, “I know this may sound crazy but this weird thing happened to me…”? You know what’s crazy? Not allowing for the potential that there’s a lot more in this world than we can see with our own eyes.

Sure, our imaginations can sometimes run wild and get the best of us, but they’re not always wrong either. Hell, science has been busy proving the existence of what was thought to be invisible: viruses, microorganisms, DNA, gamma rays. Trees can talk to each other. I short-circuit phones when I’m upset. We’re unveiling mysteries every day.

It’s a weird world out there, and that’s pretty damn normal to me. 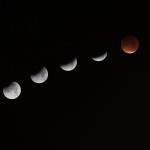 March 7, 2018
The Fallacy of Black or White Magick
Next Post 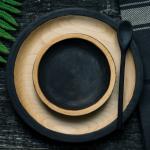