It’s not my normal practice to listen to Christian radio. Although I love music, there’s nothing more likely to induce me to vomit than Christian Pop interspersed with pious priests talking in that sickly, syrupy voice they have when dispersing their moral goodies like cherry-flavored cough-drops from the family doctor.

However, each week I listen to Unbelievable?, a program on Premier Christian Radio. The purpose of the program is to tackle questions like “Can Christianity live up to the claims it makes?”, “Can we trust the Bible?”, “Why should I believe in Jesus over anything else?” and to “get Christians and non-believers talking to each other.” The debate is frequently lively and often well-informed, and Justin Bierley is an able moderator, not allowing his own Christian leanings get in the way of discussion (too much).

But recently there have been a slew of episodes discussing issues internal to Christianity, or between Christianity and Islam. One debated the rightness or wrongness of Rob Bell’s recent book Love Wins, focusing on whether or not everyone gets to heaven eventually, and what the nature of hell really is. Another questioned whether Osama bin Laden represented the “true face of Islam”. And a third, the most recent episode, asks “Should women be church leaders?”

Although the topics of these programs are wildly different, they all leave me with one unambiguous message: it is supremely foolish to allow questions of morality to become exercises in literary criticism.

Let’s turn to the program on women as church leaders. First, note that this is a dumb question to be asking. That there are still people, in 21st Century Britain, questioning whether women should be able to engage in any role available to men should be seen as an embarrassment. The fact that this is considered worthy of discussion at all is a sign of the profound weirdness of religious “morality”.

And why are we still discussing such questions? Because an old book is ambiguous on the subject, and like all complex texts can be interpreted in different ways. It’s striking that the argument around this question relates not at all to the ability of women to hold such positions, nor to principles of equality, fairness or liberty, nor to protections against discrimination against women in the secular law, nor to the suffering that might be caused to actual women who are relegated to second-class status in their religious communities.

No, the debate is all about The Book, and how to interpret its many sticky passages – “We must”, as both panelists aver, “start with Scripture”. So you hear John Richardson, a member of the conservative Evangelical grouping Reform within the Church of England, saying “I would, in the back of my mind, would have a big question about [women taking] a preaching role…I’d be less comfortable with that.”

To which the affable and intelligent host Justin Brierley responds:

“It’s difficult isn’t it. I know that some churches, who take a strong stance on not having women in leadership…they will be OK with them leading a women’s group, or teaching the children, or something like that. So is it essentially teaching men that is the problem?”

Cue interminable waffling about the “family relationship” and its importance to the church, which somehow means women shouldn’t be treated equally in church contexts.

The key is that Richardson’s “discomfort” at the idea of women preachers, and Brierley’s assertion that it’s “difficult” to work out whether or not women should be treated poorly, are based on interpretations of passages like Ephesians 5:22-24, which suggests that “as the church submits to Christ, so also wives should submit to their husbands in everything”. And that passage (along with others like it) – entirely abstracted from any moral context and the effect of one’s position on real human lives – is made the basis for sexist discrimination.

Christina Rees, who serves on the Archbishop’s Council and the General Synod, and is representative of the pro-women view, responds passionately. She cites the fact that Paul, when discussing in his letters missionary couple Priscilla and Aquila, “her name is used first, and that is generally an indication of the more dominant person”.

Again, the moral case – this time in favour of equality – rests on the authority of the text, and this one fallible person’s interpretation of the text.

And around and around the discussion goes. Is this any way to conduct our moral discourse?

To engage in sane moral reasoning we must recognize that there is no one “correct” interpretation of any text of such density as the Bible. Marjorie Garber and Stephen Greenblatt, two of the most respected Shakespeareans of our time, disagree wildly over their interpretations of Shakespeare’s plays. Is either one of them “right”? Could we ever come to a final “answer” as to the “meaning” of his plays and poems?

Of course not. Like any complex text – like Hamlet, like Moby Dick, like The Oddysey – the Bible admits of multiple interpretations. Multiple valid interpretations. So seeking secure moral guidance from such a text is like building your ethical house on sand – sooner or later the ground will shift and your dwelling will crumble to nothing.

Further, by looking always to a text for moral guidance, the debaters overlook the issues of primary moral concern. Their obsession with scripture blinds them to the more pressing reasons which should guide them to a pro-equality stance: the principles of freedom and dignity for all people, and the real harm that is caused by discriminatory policies such as the ones Richardson defends.

And these two deficits in moral reasoning affect both sides of the debate, making religious liberals who rely on scripture just as unconvincing as conservatives.

It is so much better to base our morality on the concerns and needs of actual human beings in the here-and-now, and use texts, if we look to them at all, as tools for helping us think about possible considerations in and responses to the ethical dilemmas we face. Giving primacy to old books when making moral judgments is to leave ourselves hostages to interpretation, and offers us no solid ethical ground.

When we take this position – this Humanist position – we see clearly that of course it is wrong to condemn someone to hell for believing differently to you, of course violence in the name of God is wrong, and of course women should be able to be church leaders.

Delightfully, apologianick on the blog ‘Deeper Waters’ wrote a lengthy response to this article. You can see it here. I still think my analysis is sound, but I like to foster discussion, so head over and see if you are convinced! 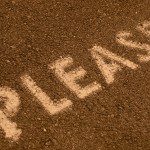 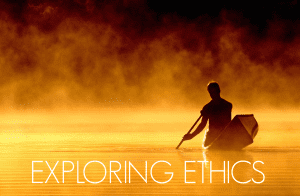 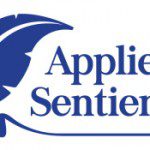