Part of a Series: Cleaning the Overton Window

The Overton Window is one of the most frequently cited theories of political change in the freethought movement. It is also one of the least well understood. Misconceptions abound regarding the nature of the theory, its level of empirical support, and its practical implications. These misconceptions harm our movement, leading some to endorse unsound strategies and others to reject valuable approaches which contradict their understanding of Overton’s theory. A clearer, more accurate understanding of the Overton Window will help the freethought movement progress: the Window must be cleaned so we can see through it clearly.

This post introduces the theory and sets up some useful distinctions in preparation for future pieces.

The interactive widget found here is a very good way of understanding the basic theory – it’s worth having it open as you read what follows. This image, found here, illustrates the theory well:

Joseph Overton observed that in a given public policy area, such as education, only a relatively narrow range of potential policies will be considered politically acceptable. This “window” of politically acceptable options is primarily defined not by what politicians prefer, but rather by what they believe they can support and still win re-election. In general, then, the window shifts to include different policy options not when ideas change among politicians, but when ideas change in the society that elects them.

Elsewhere Lehman describes the theory as relating specifically to the amount of government intervention inherent in any particular policy proposal, saying “[Overton] observed that any collection of public policies on a given topic can be arranged in order from more free to less free (or from less government intervention to more).”

The Scope of the Theory

What sort of policy areas did Overton have in mind when he developed his theory? The following video shows Joe Lehman, current  President of the Mackinac Center, describing the theory to Glenn Beck, seeking to answer this questions:

The policy areas mentioned in the video are education and welfare reform, traditional areas of party politics in which it is relatively easy to construct a scale from less to more government intervention. On one side of the education scale, for instance, you have total governmental control of school, with private education outlawed. On the other you have complete market control of schools, with no government intervention in the education market at all. The range of policy positions on education is represented in the following diagram from the Mackinac Center itself:

How Do You Move the Window?

If you support a policy which currently lies outside the Overton Window, you’re in a tough position: there aren’t enough people of your persuasion to give a politician the necessary cover to advocate your view, so it’s unlikely you will get the policy change you want. You have to move the window so that, over time, the policy you support becomes politically acceptable.

How do you move it? I’ve provided a transcript of the most relevant sections of the interview with Glenn Beck below:

Beck: How do you move the window?

Lehman: You move the window – if you’re a think tank you focus on facts and you focus on logic and persuasive arguments. You explain, for example,  “This is how vouchers would work. Here’s why the things they say about vouchers aren’t as bad.” But there are other things which can influence the window as well.

Beck: So, can a politician move the window as well?

Lehman: In rare cases. See, politicians are very good at knowing what the people will accept and what they won’t. Sometimes you will get a politician like a Ronald Reagan who will actually bring the people along with him.

In an article for the Mackinac Center Lehman further outlines how the window might shift, reinforcing the point that politicians and individual leaders rarely shift the window:

Many believe that politicians move the window, but that’s actually rare. In our understanding, politicians typically don’t determine what is politically acceptable; more often, they react to it and validate it. Generally speaking, policy change follows political change, which itself follows social change. The most durable policy changes are those that are undergirded by strong social movements.

Social change movements can move the Overton Window – the window of policies it is feasible for a politician to embrace without losing public support – by changing what the public considers acceptable policy, and they can do that through traditional methods of persuasion and political change: “facts…logic and persuasive arguments”.

In other words, the Overton Window theory suggests the target of persuasion should be the public (rather than individual politicians, who rarely move the window), but says little interesting about persuasive mechanisms – those are orthogonal to the theory. Further, as far as I can tell neither Overton, Lehman nor the Mackinac Center have anything to say about whether it is better to shift the Overton Window from “inside” (pushing for a change in policy to another policy within the window which is closer to your desired position on the scale, hoping that the window itself will shift once that change is achieved) of from “outside” (pushing for a policy which, at the time, is politically unacceptable, in the hope that the window will shift in your direction over time).

These distinctions will become important later in this series when I examine how the theory is frequently interpreted – in my view misinterpreted – by thinkers in the freethought movement.

Summary of the Theory

In short: Overton hypothesized that for a given political issue there is a “window” of policy positions demarcating a range of policies in which politicians are able to advocate while maintaining the support of the public. This range of policies exists on a scale of more-to-less government intervention, and is anchored on whatever current policy is at the time.

Over time, mainly through the action of strong social movements (though sometimes through the actions of individual leaders) the window changes, either expanding or contracting (giving politicians a wider or narrower range of feasible policy options), or moving along the scale to encompass a different range of politically supportable positions. Policies which were previously considered unthinkably radical (by politicians) become only dangerous, and then perhaps real political possibilities.

July 25, 2012 Cleaning the Overton Window, Part 2: Is the Theory Accurate, Descriptively? What Does it Not Describe?
Recent Comments
0 | Leave a Comment
Browse Our Archives
get the latest from
Nonreligious
Sign up for our newsletter
POPULAR AT PATHEOS Nonreligious
1 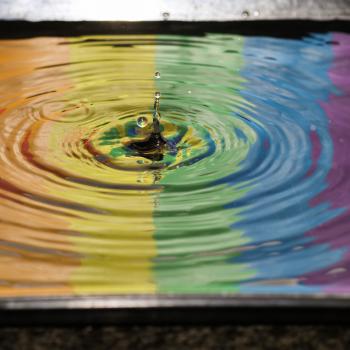