Houston Oasis: A Trend, Not a Blip

Hemant Mehta recently reported the formation of Houston Oasis, “a community that meets weekly to provide support and fellowship in a diverse environment.” Founded by former pastor and graduate of the Clergy Project (“a confidential online community for active and former clergy who do not hold supernatural beliefs”) Mike Aus, Houston Oasis seeks to provide a space for community-building and mutual support regardless of creed – a project remarkably similar to that of the Ethical Culture movement of which I am now a part. Featuring music by local bands and themed sessions (“The Pursuit of Happiness”, “The Hope of Humanism” etc.) the Houston community seems like a fully-fledged effort to provide values-based community for non-theists, and I’m a big supporter. 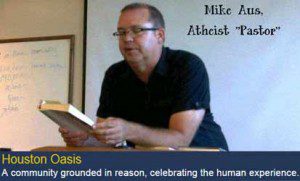 Aus’ efforts are exciting, but not surprising. All over the country Humanists are coming together to build non-theistic communities which provide the sort of social benefits religious believers can take for granted, sans religious beliefs. The Humanist Society of Greater Phoenix has opened a Humanist Community Center in Mesa, AZ. 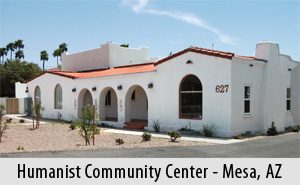 In Thousand Oaks, CA, organizers are working to develop a community for non-theists which provides a welcome home for the non-religious and a hub for civic activism. 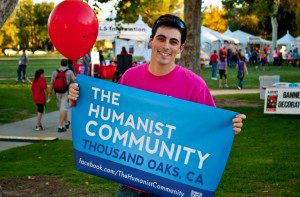 And at Harvard we have worked for years to provide the Boston community with a space to question religion and embrace non-religious life. 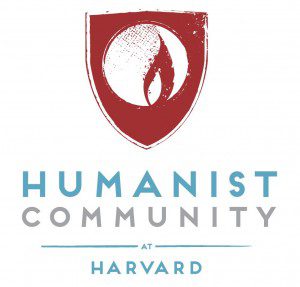 This is a trend which will continue. All across America people are recognizing that non-religious people are still human, and that they yearn for spaces to call their own. Leaders like Aus are stepping up, making the first forays into redesigning congregational life for a more secular age, exploring new models of community organization and using their skills to provide a service which many want already, and which more will seek in the future.

In a post on their blog, Houston Oasis outline their hopes for the role their community might play. The list they provide is familiar: the same sorts of hopes animate many nontheistic communities I visit in my work.

At the Humanist Community at Harvard we share many of the same hopes, which is why we founded the Humanist Community Project to provide resources, ideas and inspiration to aid the development of such communities. I’m sure the communities in California and Arizona – and the Ethical Culture Societies in New York and St. Louis and Baltimore and Chicago, and the other Humanist and atheist groups now forming across the country – share those hopes too. The non-theistic community of America is finally in a position to make hopes such as these a reality. If we work together, we can continue this trend of community-building, and secure spaces to promote Humanist values for generations.

What do you want out of such communities? What would encourage you to attend? What would you like not to see? 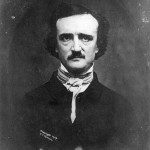 October 31, 2012 The Tell-Tale Heart
Recent Comments
0 | Leave a Comment
Browse Our Archives
get the latest from
Nonreligious
Sign up for our newsletter
POPULAR AT PATHEOS Nonreligious
1