Leader Mary Herman asked the 150 or so congregants at the Washington Ethical Society on 16th Street NW to check their programs. Ten of them would find a randomly inserted blue card. She asked those 10 to stand up.

“I was wondering what we were being volunteered for,” said Lisa Silverberg, a Silver Spring nonprofit consultant who only recently began attending services at the society, a church-like organization centered on humanism and secular ethics instead of belief in God.

Instead, each blue card was a golden ticket of sorts. There was a collective gasp of surprise when Silverberg and nine others were each given an envelope containing a $100 bill.

The only catch? They had to give it away.

The windfall at services last month was a Thanksgiving experiment in generosity. Herman gave the winners a month to pass the money along in some way that would “make a difference in a person’s life.”

The lucky members found many different ways to spread the wealth, some adding additional donations of their own while thinking how to multiply the effect of the unexpected windfall. One lucky “winner” used the $100 to start a fundraising drive, ultimately raising $700 to donate to “the Polaris Project, a group that provides housing and help to victims of human trafficking”.

What a great way to encourage the Humanist spirit of generosity, and what a timely example of the vale of Humanist communities: it was the leadership of Mary Herman, Leader of the Washington Ethical Society, and their budget, which made this heartwarming story possible. The story shows precisely how local values-based communities can galvanize individuals to live-out their values and get more involved in their community – and the positive press they received demonstrates benefits to all non-theists when they do so. 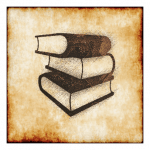