There is a debate in the freethought blogosphere right now regarding Rebecca Watson’s recent talk at Skepticon 5 (I wrote an on-the-fly recap of the talk here). If you haven’t seen it and want to give it a look (I’ll wait – trigger warning for rape and sexual harassment, since Watson repeats some ugly arguments for the purpose of critiquing them):

Some freethinking colleagues have criticized the talk quite roundly. Ed Clint has flat-out called it “science denialism”, while Chris Hallquist (fellow Patheos Atheist blogger) judged the talk “awful”. The thrust of their criticism (in addition to some small errors Watson made and has acknowledged) is that Watson’s critique was over-broad, focused on the whole of evolutionary psychology which, despite what they see Watson arguing in her talk, is a “real science”. Thus, she is “denying” the reality of evolutionary psychology as science. As Clint writes:

The main points Watson wants to drive home are that evolutionary psychology isn’t science (as indicated by the quotes in the subtitle), and that researchers involved in it work deliberately to reinforce stereotypes and to oppress women.

On the other side of the ledger, Stephanie Zvan has defended Watson, arguing that the talk was not an indictment of all evolutionary psychology, but a critique of the misuse of science in certain constrained contexts, and of some very poor published work in the field. Zzvan contends that the talk was about “pop psychology” rather than evolutionary psychology per se – a claim Hallquist calls “a rather obviously inaccurate description of the contents of the talk.” It may seem, reading Clint and Hallquist’s critiques alongside Zvan’s defense, that they are responding to different talks. What is so obvious to Clint and Hallquist about the talk is not obvious to Zvan, who thinks her interpretation is pretty clearly correct.

How does this come to be? Fundamentally, I think its down to what the “readers” (or, in this case, listeners) are bringing to the table: their professional interests, their intellectual concerns, their relationships. On a second viewing, it seems to me that there is merit to both sides of this argument: I broadly agree with Zvan, in that I think the talk is generally an attack on pop psychology and bad evolutionary psychology, but I also agree with Clint and Hallquist that there is a certain lack of clarity around this point that makes it seem, at times, as if her critique is broader.

The opening section of the talk is clearly a criticism of the misuse of science by companies who want to add a scientific veneer to their products, but from about 8:50 onward she seems to broaden her critique to the whole “field of study” called evolutionary psychology. To her credit, Watson does limit herself to discussing “many pop evolutionary psychologists” at this point (a phrase she repeats later, 15:28) – exactly when she should, when she’s outlining  key term in her argument – but then goes on to say that “the biggest problems with the study [she is examining], though, are the same problems which are leveled against evolutionary psychology as a whole” (12:25). She then goes on to make some rather broad statements about evolutionary psychology as a whole which, as Clint shows, are not entirely accurate. The rest of Watson’s talk then seems to vacillate between a specific and broad critique in a way which makes some sense of the differing responses of Clint, Hallquist, and Zvan. So Watson, I think, could have been clearer and more careful about delineating the boundaries of her criticism. But does this lack of clarity (along with some unfortunate small errors) justify the judgment of the talk as “awful” or “science denialism”?

I think not. And I think not because I think, as a reader of a book, paper, article etc., or as a member of an audience of a talk like Watson’s, that it’s partly my responsibility to be receptive to the medium, tone, and nature of the work in front of me, and to make certain allowances. Watson’s talk was a highly funny presentation for a lay audience. It was not the presentation of an academic paper at a professional conference. It was delivered, from the start, in a highly ironic and slightly over-the-top manner (this is not a criticism, merely an observation). And, as such, it seems to me reasonable to expect a somewhat loose, amusing primer in a topic, which may be rather hyperbolic, rather than a highly accurate academic disquisition on evolutionary psychology. I know I have to be on my guard for overstatements, because comedy works, frequently, through overstatement and exaggeration.

Some of the responsibility for correctly understanding a talk rests on me, not the speaker, and I err if I criticize the speaker for misconceptions based on my lack of sensitivity to the medium in which they are speaking. To criticize a talk in a way which overlooks its genre and the context in which it was given is to hold it to the wrong standard. It’s not precisely that Clint and Hallquist’s criticisms are invalid: the flat-out errors should be changed, and I think it would be great if Watson were clearer regarding the scope of her challenge to evolutionary psychology. If I were in Watson’s shoes I’d be grateful for the sort of close analysis Clint provides, because it would help me improve my talk. But to charge her with “science denialism” seems to me too much. Update: D4M10N, in the comments, makes the following excellent recommendation: “If I was going to do a broadside against the misuse of some branch of science, I’d be sure at some point to research what the proper use thereof is supposed to look and sound like, so as to provide examples to the audience of what that branch of science looks like when it is working properly.”

A similar lack of consideration for the nature and context of a communication, I believe, can be seen at the root of some of the odder criticisms leveled at Chris Stedman’s book Faitheist. Simon Davis’ review, for instance, spends considerable time investigating the minutiae of Stedman’s experience at an atheist event and party years ago which Davis did not attend. (Simon has kindly clarified this point) He spends some time exploring what cocktails and food was served, and how people were dressed. This, in response to a book which is explicitly published as a memoir, is faintly absurd: the point of a memoir is to give the writer’s memories and reflections on their life, not to provide a fully-sourced and entirely accurate account of past events. And, as such, while Davis might well be correct that no mint juleps were served, as Stedman remembers, the criticism is rather beside the point: and it is Davis’ responsibility to encounter and respond to the work on its own terms.

This responsibility on behalf of the reader is not a get-out-of-error-free card for any writer or speaker who makes a mistake, of course. It is no good, after a wildly misleading, erroneous, or outrageous speech simply to say your critics have misunderstood the context and genre of your speech. Care must always be taken by a writer and speaker to be as clear as possible within their chosen genre. But I do want to suggest that good skepticism includes giving one’s attention to the nature of a presentation, and taking that into account when evaluating. If Watson’s talk had been a report or paper at an academic conference I would have been incensed. As a smart and funny talk for Skepticon’s audience, I was generally delighted. 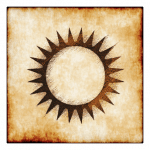 December 4, 2012 Buy All the Things! - The Center for Inquiry Has a New Store!
Recent Comments
0 | Leave a Comment
Browse Our Archives
get the latest from
Nonreligious
Sign up for our newsletter
POPULAR AT PATHEOS Nonreligious
1

Russell Moore: Not Really a Hero
Roll to Disbelieve
Related posts from Temple of the Future