In this occasional series of posts I seek to exercise compassion toward myself, drilling deep into my own psyche to try to identify – and exorcise – harmful parts of my emotional makeup.

Love, I don’t like to see so much pain. So much wasted, and this moment keeps slipping away. – Peter Gabriel, In Your Eyes

They say you regret the things you don’t do, not the things you do. In my case, that’s true. I live my life mainly without regret: I’ve been lucky and privileged enough to be able to do what I love for much of my life. But sometimes pangs of regret encroach upon my heart. The reason? It took me ten years to come out of the closet.

I first told my parents I thought I was gay at 17. Bursting into tears in an Italian restaurant near our house, I spluttered out a hopeless confession, causing my family to pause their meal opened-mouthed, spaghetti slowly falling from forks hovering uncertainly between plates and mouths. After somber discussion with my parents later in the evening, however, I decided to “wait it out”. To “test the waters”. To “see what happened”. And what happened was I fell in love with a girl.

Love is a funny thing: it has been one of the strange observations of my life that you can fall in love – even romantic love – with someone of whose gender identity does not match the gender to which you are sexually attracted. For I was deeply, passionately, head-over-heels in love with this girl! I remember thinking, holding her hand on the flight back from the USA (we’d got together on a choir trip- total cliché!), “The plane could crash right now and I would die happy!”

I wonder now whether some of the delirious happiness I felt then was relief at finally convincing myself that I was “normal”.

It didn’t last. Dumped by text just weeks after returning home (I forgive you, honey ;)), I was desolate, but not too much later I found myself in another relationship with a girl – and this pattern continued through college. I had one more abortive attempt at closet-exiting at Cambridge, but never really explored the gay scene there, despite being a huge thespian surrounded by gorgeous gay boys, some of whom I still think about today. It took me a few years after graduating – and a full ten years after my first attempt – to finally accept myself as gay and come out for good (and what an explosion from the closet that was – stories for another time).

I was prepared to feel regret. I was ready to feel that I had “wasted” part of my young life. But, in truth, I almost never feel that. To say I regret coming out at 27 would be to say I regret the relationships I had with women during my 10-year struggle, and this would be flatly false. My last-ever-girlfriend (we were together for more than two years!) gave me some of the best times of my life – to say nothing of unconditional support and love when I finally told her that, yes, I’m a huge homo (she’s still my angel. Going to her wedding was one of the happiest moments of my whole existence). So I almost never experience regret.

Sometimes, when I’m in some club surrounded by younger gay guys, I wonder what it would have been like to explore that part of myself earlier. I had a ludicrously full and busy adolescence – but it was full of culture, theatre, music, and schoolwork, not clubbing, partying, sex, and romance. I’m not saying I’d have been a wild kid (but who knows?), but sometimes I think I would like to have gone out more, had something more like a stereotypical teenager’s experience. The crazy amounts of work I put in got me to where I am today, so I’m not complaining – but I’m sure I could have squeezed in a boyfriend or two (!) amidst the rehearsals and study sessions.

I regret not being out when I was a teacher. I think teachers have a special responsibility to bring their full selves to the classroom so that students can interact with people of different identities. As an out gay teacher I could have helped young people questioning their sexuality. I could have been of use to my students in a special way, and I wasn’t there for them. I regret that a lot.

Mostly, I regret not knowing myself as an out gay teen. I look at gay kids now, coming out younger and younger, and wonder what sort of person I would have been had I taken the plunge and come out fully at 17. I think I could have made an impact in my school (there were lots of struggling gay kids there, and some classmates of mine are, I fear, still struggling). I think I might have gone more fully into politics. I was pretty cute, and I fear (hope) I would have had some raucous times. I want to have known that person. I want those memories. And I’ll never have them.

I’ll never have them. That’s the cage regret builds around you – but it’s also the key. There is nothing I can do to change the past. How we perceive this fact is the hinge on which our response to regret hinges. I choose acceptance and responsibility. I accept what I cannot change, but use it to push me forward.

Regret is fuel for the future.

My task now is to make sure I squeeze every drop out of gay life, in the time I do have control over (and wow, have I done that!). My task is to ensure that teachers are better equipped to assist questioning students in their classrooms. My task is to fight for a world in which every person, no matter their sexual or gender identity, feels they can accept themselves for who they are the moment that part of them asserts itself. If I can do these things – if I can help people avoid the years of struggle I went through – I won’t have anything to regret. 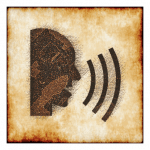 March 4, 2013 I'm On the The Pink Atheist Podcast!
Recent Comments
0 | Leave a Comment
Browse Our Archives
Follow Us! 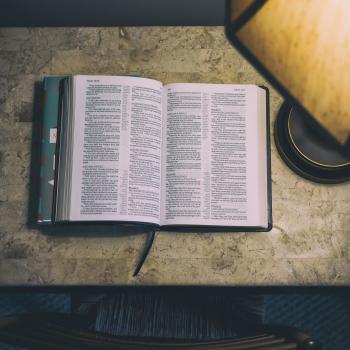 Nonreligious
Queers: Our Worth is Independent of Theology
Temple of the Future 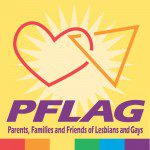 Nonreligious
PFLAGGED
Temple of the Future 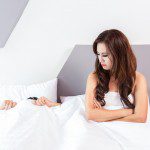 Nonreligious
“Best Choice” Not the Best Choice for St....
Temple of the Future
TRENDING AT PATHEOS Nonreligious