“Militant Atheism” and Religion – a Response to Frans de Waal

Frans de Waal – primatoligist, ethologist,  Professor at Emory University, and sometime commentator on religion, has a new piece on Salon asking whether/arguing that “militant atheism has become a religion” (the title seems to have undergone a swift change, with no one, at the time of writing, noticing that when you rephrase a statement as a question a question mark s required).

The piece, while raising worthwhile questions regarding some quirks of the contemporary atheist movement and some religious movements, is confused, and ends up muddying, rather than clarifying, the underlying issues. De Waal begins by stating:

In my interactions with religious and nonreligious people alike, I now draw a sharp line, based not on what exactly they believe but on their level of dogmatism. I consider dogmatism a far greater threat than religion per se. I am particularly curious why anyone would drop religion while retaining the blinkers sometimes associated with it. Why are the “neo-atheists” of today so obsessed with God’s nonexistence that they go on media rampages, wear T-shirts proclaiming their absence of belief, or call for a militant atheism? What does atheism have to offer that’s worth fighting for?

As one philosopher put it, being a militant atheist is like “sleeping furiously.”

The practice of distinguishing between dogmatic and non-dogmatic expressions of belief is a wise one, and the questions de Waal poses here are actually quite interesting, sociologically speaking – but de Waal’s response makes it clear he is interested more in quip than query. Why do (primarily American) atheists wear t-shirts identifying themselves as atheists? What does atheism offer? These questions deserve fuller and more considerate answers than de Waal’s dismissive hand-wave.

Intriguingly, the autobiographical exegesis which follows (in which de Waal explores his own relationship with religion) offers some hints as to why some might choose to proclaim their atheism: he describes the Dutch Reformed Church as joyless, restrictive, depressing, unsympathetic, and even cruel, further noting that even his (much more relaxed) local priest opposed the use of contraception – a stance which, far from being the petty annoyance de Waal seems to view it as, is deeply inhumane and dangerous. Is it truly surprising that some people, subjected to membership in an institution which seeks to promote and enforce regressive social views, choose to demonstrate their opposition to such an institution by expressing their atheism?

De Waal flirts with a good point in positing that “the religion one leaves behind carries over into the sort of atheism one embraces”, presenting the “thesis that activist atheism reflects trauma.” De Waal suggests that “The stricter one’s religious background, the greater the need to go against it and to replace old securities with new ones” – not a bad thesis in itself (though not remotely new: the great Humanist Rabbi Sherwin Wine gave a great talk on “the wounded” at Harvard’s New Humanism conference some time ago), and one which might go some way toward answering the questions he poses at the beginning, but he never develops the thesis with any sensitivity or nuance.

Instead of exploring his thesis with some consideration that atheists might have potentially serious reasons for choosing to  act as they do, de Waal settles for a shallow pseudo-psychological diagnosis: “atheists’ zeal keeps surprising me. Why “sleep furiously” unless there are inner demons to be kept at bay?” Yes, atheist activists do what they do to assuage their inner demons.

Ultimately, de Waal seems to be suffering from a deficit of compassion – a common trait among those who belittle atheists without truly attempting to understand or empathize with them (I’m thinking of Chris Hedges’ diatribes here, questionable scholarship by people like Stephen Prothero, and blogposts even by some atheists who seem to have overflowing wells of understanding for believers and not a jot of patience for the faithless).

Despite a whole section in which he explores the titanic role of religion in American life (“Religion looms as large as an elephant in the United States”), noting that discrimination against atheists in politics is a significant problem, de Waal seems unable to summon anything more than the limp assertion that this is “upsetting”. The political exclusion of a whole class of people due to their religious beliefs should be to any thinking person more than “upsetting”: it should be a cause of absolute moral outrage – but de Waal isn’t feeling it. He twice refers to the negative attitudes of some nonreligious people toward religion as “bitterness” which, while sometimes an accurate description, is very frequently not. One can have negative reactions toward what one construes as “religion” for profound and well-justified ethical reasons – reasons which  deserve a consideration and respect de Waal does not offer them.

False equivalence also abounds throughout the piece. De Waal rather sickeningly asks why Sam Harris is not so worked-up about male circumcision as the genital mutilation of women – “Isn’t genital mutilation common in the United States, too, where newborn males are routinely circumcised without their consent?” – without recognizing that there has been rather extensive debate on the topic within the atheist community. Indeed, lack of recognition that there is any debate within the atheist community is a hallmark of pieces of this rather vapid type, which take short quotes from big-name atheists to represent the whole of atheism in a way they would never think of doing with a religion tradition.

The fact that “the Roman Catholic Church never formally condemned Darwin’s theory or put his works on the Index (the list of forbidden books)”, and has (after a very long time) “endorsed evolution as a valid theory compatible with the Christian faith” is equated with the idea that religion and science aren’t at odds (a logical leap of impressive magnitude) – a point that is itself immediately undermined by de Waal’s note that “resistance to evolution is almost entirely restricted to evangelical Protestants in the American South and Midwest” (i.e. within certain religious communities). The fact that it is practically exclusively religious groups which today actively oppose the teaching of evolution (with some success) seems to be a point in favor of those who argue that there is a real and important divide between religion and science, and the fact that many religions and religious people see no conflict does not defeat that point. The fact that de Waal thinks his case has been made is evidence, I think, of a pro-religious bias which manifests itself in the drawing of odd equivalences like these.

This bias is evident in de Waal’s description of the debates which pitch believers against nonbelievers. While religious participants “play fast and loose with the facts” and “rely on questionable evidence” (rather mild criticisms of the sort of pseudo-scientific nonsense-peddling which de Waal goes on to describe), atheists in the audience “pee in their pants with delight” when their favorite points are made. This is a rather common characteristic of critics of New Atheism: they give the appearance of even-handedness by lightly scolding the proponents of religion, while infantilizing and demeaning atheists and their champions. So, Christopher Hitchens (a man with who’s writing I have many disagreements, but who at least had a certain intellectual integrity and a willingness to change his mind) is portrayed in the article as a borderline-pathological dogmatist, while Dinesh d’Souza (a deeply unserious neo-conservative hack) comes across merely as a naughty schoolboy putting his case more strongly than is strictly warranted.

In short, this sort of writing about atheists pisses me off. It seeks to present itself as moderate, even-handed criticism of the new atheist movement, but in reality is filled with bias, condescension, and a lack of empathy which makes me mad. I am among the first to decry the real and serious deficiencies of the freethought movement – particularly that part which identifies with the label “new atheist” – but nonetheless atheists of every stripe deserve the respect to be taken seriously and to have their identities and arguments considered in a more thoughtful way than de Waal offers. It is possible, of course, that the book from which this extract is excerpted will provide a fuller view of the issue – I will have to await its arrival to make a full appraisal. But, as it stands, this is a feeble piece of commentary. 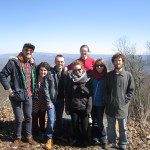 March 27, 2013 USPS Discriminates Against Atheist-Branded Packages?
Recent Comments
0 | Leave a Comment
"Ten years since dad died, while I held him, five since mum. Not a day ..."
Steve Taylor Life Without Dad
"People who think that chopping the ends of male babies dicks off is a path ..."
Steve Taylor Former Chief Rabbi of Great Britain ..."
"Mike Brown wasn't murdered, not sure how you missed that minor detail."
Goat Plissken Closing the Doors of the Temple
"Thus we conclude with that classic chestnut that characterizes all dispassionate rational discourse: angrily storming ..."
Theo Sadana Skepticism and Social Justice
Browse Our Archives
get the latest from
Nonreligious
Sign up for our newsletter
POPULAR AT PATHEOS Nonreligious
1