Dan Savage: I’m Not One to Judge

I like Dan Savage. I like him a lot. I think his podcast is extremely funny, his writing  witty and deft, and I think the It Gets Better Project – despite its problems – was a stroke of genius. When he speaks to people during his podcast, or during a live show, there is so often the palpable sense of relief that people finally have someone to talk to about issues which were torturing them – and I think that’s an extremely valuable service to offer. In all honesty, I think he’s handsome and inspiring and a bit of a hero. I have something of a crush on him. Which makes the controversy around his selection as American Humanist Association’s Humanist of the Year difficult to evaluate (he is accused, in the words of one website, of being “cissexist, sexist, anti-asexual, anti-bisexual, classist, racist, sizeist, and ableist”).

You see, I may like Dan Savage a lot, but then I’m perfectly placed to like him: I’m a white, cisgender, able-bodied, class-privileged gay man. I’m sort of the perfect audience: I’m privileged enough in other ways to completely brush off anything he might say which might offend me (it’s just a joke!), and I’m privileged on exactly the same axes he is, so I always know that any joke or insult he throws my way also in principle boomerangs back to him, so those barbs seem a lot less dangerous. And because we share so much in terms of our identity categories, I find myself making excuses: I don’t just like him, I want to like him, and so I’m drawn to exculpatory articles and generous interpretations of things he has said.

All this would make it very easy for me to perform a simple equation, like this person (also a gay man), interviewed after an event at which Savage was glitterbombed by other activists:

“I knew it was going to be negative,” he explains. “And I’d rather not have that around me now. I don’t want it to interfere with the experience. I have a pretty positive view of him. If I put all the positive things I got from his columns and the It Gets Better campaign on one side, and the other politically correct ‘isms’ on the other side, there’s more positive on the Savage side, whatever minor missteps he’s made.”

If I’m totally honest – and I try to use this blog to expose what I really think! – my gut tells me something like that (without the stuff about “politically correct ‘isms'”): yes, Savage may have said some offensive or even genuinely harmful things, but compared with his years of staunch activism on behalf of so many issues I deeply care about – including on behalf of some of the communities he is accused of attacking – he clearly comes out ahead. Indeed, that basic calculation was what prompted me to tweet:

“I don’t believe in perfect heroes. I think everyone is problematic. But I still believe we should recognize ppl who do good. And in this case I think the balance is pretty much on the side of the angels. Although he should be criticized fiercely too.”

After a useful exchange with Natalie Reed and Andy Semler, I am now not so sure I am right. I’m not sure I am wrong, but I am not certain that I’m right either. The main problem is that I’m not sure, given my privilege, that I’m in a good position to judge the enormity of Savage’s problematic pronouncements – I will simply experience them differently to people like Natlie and Andy. I can make an effort to empathize with people who do not share in the privileges I enjoy, and try to see Savage as they see him – and do so strenuously, I hope. I try to imagine myself into others’ shoes. But empathy can only get you so far: I can try to imagine what it might feel like for a trans person to read something transphobic, for instance, but I won’t get the same visceral experience. That’s one of the problems with privilege: your life experience as a person of privilege in any particular area makes it so that you simply don’t share the painful experiences with people who lack privilege in the same area, meaning that you simply cannot experience the world as they do – and your imagination can only go so far to bridge the gap. When I read passages like this:

“Perhaps I’m a transphobic bigot, but I honestly think waiting a measly 36 months to cut your dick is a sacrifice any father should be willing to make for his 15-year-old son. Call me old-fashioned.”

I can imagine why a trans person might find them offensive, but I don’t have that gut level feeling of personal threat and attack I get when I see the word “faggot” used derogatorily or something like that. I don’t have a store of painful experiences of the word “tranny” being used to attack or shame me, or of people diminishing my transition that might immediately be brought to mind by the casual use of those terms. My privilege has shielded me from those experiences and, in a perverse double-whammy, makes it harder for me to empathize with those who have had them, because while I can make an intellectual and imaginative effort to “get it”, I’m shielded from the immediate gut-level reaction of those who have to deal with that sort of stuff all the time.

All of which is to say, I’m not one to judge Dan Savage – or at least I’m not one to judge his transgressions without deeply considering the views of others whose identities put them more directly in his firing-line. When Natalie Reed says she has a problem with him, or Andy Semler, it makes sense to give that a lot of weight, because their experience of him is likely more in-line with the experiences of his other critics. Which is not to say I am not entitled to develop and express my own views – of course not – but merely to stress the principle that, when making judgments of this kind, I need to be aware of my own positions of privilege and how that is likely to affect my judgment.

In this case, I find the various considerations make it exceptionally difficult to come to any firm conclusion. I am unwilling to discount the experiences of those who have been harmed by some of the things Savage has said, and ideally I’d want to find some way that, were he to be given such an award, critical and challenging questions could be raised about some of his statements. At the same time, I think it impossible to deny that he has done great good for many, many people: including many trans people and bisexual people who, in the numerous threads and posts I have since read dedicated to criticizing Savage, are sometimes his most staunch supporters.

While he has repeatedly stated he is “on a journey” and “learning” about (for instance) trans issues (see here, for example), I do find his seeming reluctance to apologize troubling – it’s not that difficult to simply say “sorry” as well as “I’m learning”, and I think it would go some way to alleviating these sorts of concerns. At the same time, I have sympathy with the idea that we should be open to multiple ways of talking about complex issues of identity and power, that we should consider the intent and record of an individual when judging their speech, and that we shouldn’t succumb to creating shibboleths which chill robust and even, sometimes, hurtful discourse. In the end, I believe that discussion with and and reasoned criticism of a popular figure with a potent mouthpiece is better than any attempt to ostracize or demonize them.

But that’s easy for me to say, right? 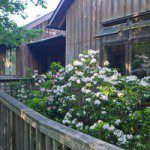 June 10, 2013 Humanism: Creed of the 21st Century
Recent Comments
0 | Leave a Comment
Browse Our Archives
get the latest from
Nonreligious
Sign up for our newsletter
POPULAR AT PATHEOS Nonreligious
1