Compassion and Moral Judgment – A Response to “Atheists at the Pulpit”

Compassion and Moral Judgment – A Response to “Atheists at the Pulpit” October 7, 2013 James Croft

It is not every day that I get called out in the pages of the Washington Post’s On Faith blog, so Sigfried Gold’s piece Atheists at the Pulpit grabbed my attention. Most striking was Gold’s assertion that I lack a certain amount of compassion in my treatment to the religious right: apparently “Martin Luther King showed more compassion for his racist jailers than Croft shows for conservative Christians.”

Being compared unfavorably to Martin Luther King is hardly a slur (I am tempted simply to concede the point!), but it is certainly a criticism, and a personal one aimed not at my beliefs or ideas but at my ethical conduct. Given that much of my work  involves the attempt to encourage people to be more compassionate (my Humanist “values trinity” is Reason, Compassion, and Hope!), and given that I am training to be a Leader in the Ethical Culture movement, the charge that I am lacking in compassion in this area stings, and provokes me to respond.

First, let me note some areas of agreement. Gold makes numerous points in his article I think to be correct. For instance, he says:

I worry that some of the new religions or quasi-religions in the works may replicate some of the worst qualities of the old ones.

So do I. The potential of new congregational organizations for atheists to recreate some of the most dangerous elements of traditional religion is a constant concern to me, and it is with that concern in mind that I frequently speak and write about ways by which godless congregations can avoid those pitfalls. I am very clear in my writing and speaking that I see the development of new congregational communities to be a self-conscious process of organizational design, which must remain self-critical and reflective throughout to ensure that the worst qualities of old religions are not replicated.

I advocate that such communities should employ numerous mechanisms to prevent them becoming dark shadows of the worst aspects of religious congregations, such as intelligent restraints on the power of congregational leaders, greater respect for democratic modes of governance within the congregations, clear policies and guidelines regarding the use of money, and responsible use of ritual and symbolic elements to avoid group-think and tribalism.

Given the existence of actual religious communities which do not replicate the worst qualities of some traditional religious congregations I see no reason to believe that godless congregations will necessarily or even probably degenerate in such a way, but the danger is there, and it behooves us to be aware of it.

I also agree with Gold that atheistic congregational movements must make a priority of respecting people with different beliefs. Gold asks of such movements:

“[Will] they foster attitudes of acceptance for, respect for, or cooperation with people of strongly opposing views? Or [will] they use the incredibly powerful tendency of people to band together against a common enemy to foster a sense of belonging in their communities that feeds on disapproval of the moral, political or intellectual backwardness of evangelicals?”

My hope is that godless congregations will strive for respect and acceptance of other people. Attitudes of acceptance and respect for people with opposing views are central to my understanding of Humanism, and I can see no way in which a community could reasonably be called “Humanist” if it were to foster disrespect of persons. Likewise, although it is essential for such communities to create powerful bonds between members, those bonds should not be based on or motivated by distrust or disparagement of non-members. So here we agree, too.

Where we disagree, and where I see something profoundly problematic in Gold’s approach, is when he elides disrespect for persons and disrespect for ideas. That there is a distinction between the two is a constant refrain from atheist critics of religion, and it is frustrating to continue to have to point out the same elementary distinction. Nonetheless, the distinction is important: ideas are not people, and it is possible to object to someone’s ideas and not object to their person or their right to hold such ideas. It is possible to condemn ideas held and actions performed by an individual as morally reprehensible – even evil – while still fully respecting the person and showing them deep compassion.

Every parent knows this to be the case: no one could reasonably argue that a parent who chastises a child who does something wrong is therefore forfeiting their claim to being compassionate or respectful toward that child. Indeed, often the best way to show true compassion for someone is to honestly tell them when they have done or thought wrong. Disingenuously pretending that no wrong deed has been committed, or no erroneous thought has been expressed, is the opposite of compassion and respect, first because it is dishonest, and second because it suggests that you believe the individual in question is incapable of receiving reasoned criticism, and is therefore incapable of moral or intellectual growth. It seems to me very disrespectful and lacking in compassion to decide to refrain from criticizing someone’s ideas or actions because you believe that you might make them uncomfortable or hurt their feelings. That is not the conduct I expect from my friends or colleagues and not the conduct I hope they expect in me.

Gold seems to reject the distinction between ideas and people, or at least gloss over it. He says:

To my mind there is one measure by which religions can be judged that is arguably more important than all others: does it truly treat other religions and non-religious belief systems with respect and friendliness, refraining entirely from claiming that it holds exclusive or privileged access to the truth? This measure, I posit, is most important because without it, any claim that a religion makes to universal love, brotherhood, humanity, etc., is contradicted by the attitude its believers will take towards others with different beliefs.

Note the slide in the paragraph from treating “other religions and non-religious belief systems with respect and friendliness” to, toward the end, considering “the attitude believers will take towards others with different beliefs.” This is a dangerous and incoherent elision. Most of us know people whom we love and respect who hold views which we do not, whether it is the casually racist grandparent or the outrageously sexist uncle. I have plenty of colleagues – on these Patheos blogs and elsewhere – whom I respect personally, but who hold views I believe to be wicked.

Does Gold expect me to “respect” what I judge to be evil? How much “respect” does he have for scientific racism, or white-supremacist eugenics, or anti-semitism? Is it truly correct to treat Nazism with “respect and friendliness”? These are not idle nor unfair questions: many groups exist in the world (and in US society) which actively promote racist, sexist, homophobic, anti-semitic, colonialist, violent, hateful ideologies. It seems to me our moral duty is to fight such ideologies, not welcome them with open arms declaring our respect and friendliness.

What do I mean by “fight” here? I mean defeat through persuasion and political activism. Gold says “I come to religion to learn to love people different from myself, not to combat them.” We can all agree that learning to love people different to yourself is laudable. But Gold errs in citing Rev. King in support of his relativistic*, non-combative view. King recognized, more than most, that oppression harms oppressors and the oppressed both, and he sought to combat the actions and ideas of his oppressors as part of his love for them. When faced with structural oppression we are not choosing between love and combat: rather, we demonstrate our love for our oppressors through social combat, because we recognize that when we win, they win.  When we are free from the prisons in which they keep us, they are free from the obligation of being our jailers.

King once said “Our lives begin to end the day we become silent about things that matter.” I am not ready for my life to begin to end. Justice matters. Truth matters. Equality matters. And I refuse to silence my criticism of abhorrent beliefs and belief systems out of a misguided and patronizing “respect” for those which hold them. I believe we show our compassion for others partly through holding others to high standards, and the moral standard is highest of all.

*Gold uses the term “pluralist” to describe his viewpoint, but I think “relativist” is clearly more accurate, as he flatly rejects the idea that some ways of thinking might have “privileged access to the truth”. 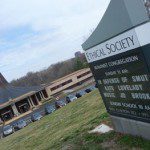 December 12, 2013 Meet Me in St. Louis
Recent Comments
0 | Leave a Comment
Browse Our Archives
get the latest from
Nonreligious
Sign up for our newsletter
POPULAR AT PATHEOS Nonreligious
1