My bio as a Humanist speaker ends with the words “James was raised on Shakespeare, Sagan, and Star Trek” – and it’s true. When I discovered the works, words, and worlds of Carl Sagan, my world flew open. I’ve written about his unique approach to science, Humanism, and the big questions of life, and I’ve spoken on his subtle sense of spirituality (you can see me speak on Sagan’s Scientific Spirituality on April 20th at the Ethical Society of Boston). Contact  is one of my favorite films, and The Demon Haunted World  one of my favorite books. I want my work to be animated with the same spirit which drove Carl Sagan, and Cosmos  is probably the most complete realization of that spirit.

Cosmos is important to me. To me, and to many Humanists, it has become a sort of secular scripture. Why was it so successful? I think Cosmos engaged so many because it was more than a science show: it addresses existential, ethical, and epistemic questions (Why are we here? How should we treat each other? How do we develop our understanding of the Cosmos?) in a powerful aesthetic package – it has all four E’s (well, three E’s and an Ae). Cosmos – characteristic of Sagan’s work – makes the Humanist worldview not just intellectually convincing but emotionally compelling and psychologically satisfying. It doesn’t just present scientific facts, but does so in a way which shows why those facts are important, and how they inform our view of ourselves. Cosmos is about us, ultimately, as much as it is about the universe, and that makes it magical. As Tyson puts it in a trailer for the show, Cosmos is “about how the world works, and our place within it” – and the second part (the ethical and existential components) is as important as the first. The most powerful Humanist works, in my view, fire on all these four cylinders – and they are very rare.

That’s why I approached the Cosmos remake – spurred by Seth MacFarlane, starring Neil deGrasse Tyson and promoted by the President – with trepidation. How can anything truly compare with something so special and amazing and wonderful, which has had such a profound impact on so many? It can’t. In truth, however the new Cosmos turns out, it is likely never going to satisfy the intense feelings of love and wonder and admiration of those who grew up with the original. Nostalgia and childhood passion are the rosiest-tinted spectacles, and it seems unfair to hold the new Cosmos to a doubtless inflated standards.

So I’ve decided to enjoy the reboot from the perspective of someone who may never have seen the original, who isn’t necessarily a lover of Sagan, and who is looking with a fresh pair of eyes. From that perspective, I think the new series has started extremely strongly. It has all the elements – at least hints of all the elements – which made the original so great. It’s hitting the “four E’s”.

The first episode of the new Cosmos uses a host of intelligent tactics to help people understand the scientific content presented – some drawn directly from the original series – which promote the “epistemic” aims of the show. The use of a “spaceship of the imagination” to travel to different times and places is a sort of cognitive crutch to help us understand how we’re getting to see all these amazing things, and by giving it a portal to the future at the top of the craft, and to the  past on the bottom, temporal comparisons can be presented in an intuitive way. Furthermore, the episode was premised on the idea of providing a “cosmic address” for the earth, progressively “zooming out” from our planet into further and further reaches of space. This use of a well-understood concept (that of a postal address) to convey potentially new information is an excellent way to advance understanding. In general, the show displayed the same sort of attention to effective teaching which the original did, which was heartening to see.

The new Cosmos  also had a strong ethical and existential component, which came through in the animated story of Giordano Bruno. Although it’s been criticized for not being a story about a scientist (a fact which was acknowledged, but perhaps underplayed in the episode), and for misrepresenting the history of the relationship between religion and science (in, rather ironically, a piece penned by a fellow Patheos author who had not bothered to actually watch the show before commenting), I felt this animated segment was noteworthy for stressing the ethical importance of freedom of thought and imagination, and for conveying the extraordinary exhilaration which can come from thinking a genuinely new thought.

In the animated sequence, Cosmos depicts Bruno’s dream regarding the in which he is said to have formulated his new vision of the universe: he cautiously approaches the limit of the universe as generally understood by others in his time only to whip it aside like a curtain to fly up into an infinite vastness dusted with stars. Bruno’s excitement and joy at his new idea is inspiring, as is the way it expands his notion of his own place in the infinite expanse: a realization of great existential significance. The show conveys the emotional thrill of intellectual advance in a way few shows match, while throughout there is a strong emphasis on what our understanding of the Cosmos has to say about our understanding of ourselves. 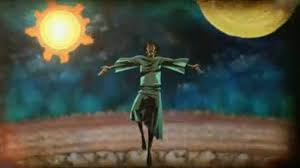 The story’s ethical component is clearer. The theocratic heresy-hunters who burned Bruno at the stake for his theological views are depicted as wicked, closed-minded book-burners with shadowed eyes and cruciform staves which look like weapons, while the scholars of Oxford who laughed Bruno out of town become delicious, smarmy, plummy-English-accented villains with no time for a radical thought (he should have gone to Cambridge). In my view the segment makes a powerful statement on behalf of freedom of thought and conscience. It’s certainly history from a particular viewpoint, and in the style of fable or parable, but I don’t think that’s a bad thing: we desperately need more Humanist parables which present our values in an accessible and clear-cut way. We shouldn’t be too afraid to paint in broad strokes to engage more people in considering the issues closest to our hearts. A short segment at the end in which Tyson reveals the impact of Sagan on his own life (Sagan encouraged a young Tyson to take up science) was moving, and reinforced the fact that science is a human enterprise, reliant on collaboration between people across generations. 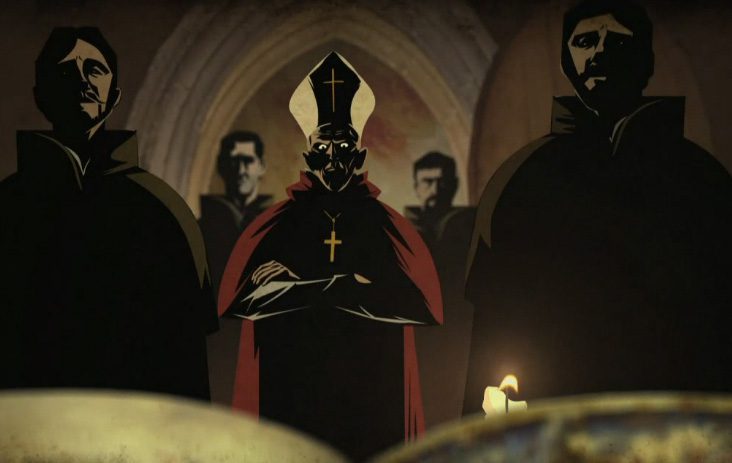 Finally, the aesthetics were wonderful. The advances in CGI and animation since the original enabled some stunning artistry, which was put to good use to further underscore the scientific concepts, and the integration of animated segments, live sequences, and CGI worked well. The way the show has been marketed is smart, too, the major marketing image showing a nebula becoming a human eye, emphasizing the connection, central to the spirit of Cosmos, between us and the universe we struggle to understand. The new Cosmos seems to have embraced the “spiritualized” aesthetic of the original, with a welcoming , uplifting emotional tone, and a hopeful, expansive vision of the human enterprise. It looks, sounds, and feels Humanist in a way few cultural products do. 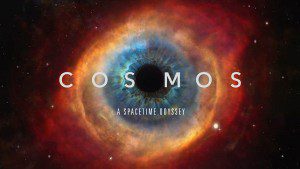 The show was not perfect. The scientific information presented was not particularly dense or difficult. The place of the earth in the solar system and in the universe is important, but now almost common-knowledge, I feel. Our understanding of the Cosmos has advanced greatly since even Sagan’s day, but not so much of that new understanding was on display in this first episode. Granted, it’s an intro, so hopefully there will be more challenging content to come. Something to watch out for. There were a few small inaccuracies which were enthusiastically pointed out by scientists in the large audience I was watching with (the Humanist Hub in Harvard Square is holding a viewing party for every episode!). I didn’t feel there was quite the sense of transcendent awe which characterized some of the best moments of the original (although the sense of the sublime is difficult to induce, it’s such an important part of the Cosmos experience). And there was not a single maroon turtleneck.

Nonetheless, by inviting the audience into deep epistemic, ethical, and existential ruminations through a compelling aesthetic, the new Cosmos carries high the torch passed by the old. Let’s hope the next episode holds it higher!

March 14, 2014 On the Privilege of Discussing Abortion
Recent Comments
0 | Leave a Comment
Browse Our Archives
get the latest from
Nonreligious
Sign up for our newsletter
POPULAR AT PATHEOS Nonreligious
1

Forced Optimism: MLMs Overlap With Christianity...
Roll to Disbelieve
Related posts from Temple of the Future