Neil Tyson on Philosophy – Let’s Not Overreact May 10, 2014 James Croft

Watch this first – it’s my video about this issue which attempts to satirize both Tyson’s views on philosophy and the reaction they have provoked in some quarters:

Recently Neil deGrasse Tyson made a stir with some comments about philosophy on the Nerdist podcast. Speaking clearly with a hint of jest, the world-famous science communicator and current Cosmos front-man suggested that he didn’t have time for the supposedly deep questions of philosophers, and that he would prefer people spend their time thinking about “ideas” rather than the meaning of words, calling this form of philosophical rumination “pointless”. The general sense he conveyed was that philosophy has contributed little to science in recent years, and that people’s mental energy was best spent elsewhere.

It’s an odd statement, and a baffling one: “How are concepts of what words mean not ideas?”, one might ask. Doesn’t Tyson understand all scientific ideas are conveyed through some symbolic language or other, and that these languages must continually be investigated and the meanings of the ideas they convey interrogated? It was, in truth, disappointing to hear such a noted defender of reason coming across so seemingly thoughtless and clueless about one of the great intellectual traditions of humankind.

Tyson, responding to some criticism his comments provoked (he’s responding here to this very polite letter from a philosopher offering him a different perspective), didn’t do himself many favors. The response is rather huffy (he plays up the 730,000 viewers of the YouTube video he points us to), and his comments in the video (which he says “best represents his views on philosophy”) still seem to denigrate philosophy – at least as far as its role in modern science goes. Responding to a question about universities wanting to cut philosophy departments, he seems to sort of be on the side of the university (although he stresses that, outside of science, there’s lots for philosophers to do).

In addition to a lack of serious knowledge of modern philosophy, Tyson’s approach seems to demonstrate a sort of intellectual incuriousness one would not expect or hope to see in a public communicator of science and reason. He does say he knows he might just not have encountered the philosophers who would prove him wrong – but he seems to make no effort to go find them either. It makes sense to be disappointed by his position here.

Yet we should exercise caution in our response. It is always particularly heartbreaking when one of our heroes lets us down (I wrote about this a while back in relation to Dan Savage and some of his more problematic statements). We tend to hold people we consider to be “on our side” to a very high standard, and to turn against them fiercely when they seem to betray the values we thought they stood for – and it’s the sense of betrayal, I think, which cuts so deeply here. “We thought you would be on our side!”, the beleaguered philosophers cry. I understand the impulse to rush to fierce critique.

But by so comprehensively vilifying Tyson as some seem wont to do, we do ourselves a huge disservice. Tyson is still an extremely effective public representative of science in the public square – one of the best we have. His work and his identity are inspiring to millions. He is a true asset in the cause of promoting scientific literacy and a general public interest in big questions about the cosmos. Too strong a critique risks tearing down one of the most prominent public promoters of science we have for very little gain, and for what is a relatively minor failing.

It is notable that the person leading the charge against Tyson is Damon Linker, genuine atheistphobe and opponent of Humanist values. A look down the list of his articles for The Week reveals a consistent agenda of denigrating atheists (and making ridiculous arguments about “gay marriage bigots” – i.e. people who support the equal right of gay couples to marry). Any charge he is leading is one I am skeptical to join.

Here, I think, the best course is to express our concern as philosopher Lewis Powell did in his open letter: politely, respectfully, without invective and over-the-top claims. Tyson is not a “philistine”, as Linker would have it. He is an inspiring scientist and communicator of the value of science who screwed up and has some silly ideas about philosophy. Let’s challenge him, but let’s not overreact. 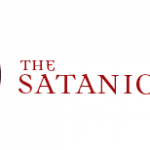 May 13, 2014 Leave the Satanists Alone!
Recent Comments
1 Comment | Leave a Comment
"Ten years since dad died, while I held him, five since mum. Not a day ..."
Steve Taylor Life Without Dad
"People who think that chopping the ends of male babies dicks off is a path ..."
Steve Taylor Former Chief Rabbi of Great Britain ..."
"Mike Brown wasn't murdered, not sure how you missed that minor detail."
Goat Plissken Closing the Doors of the Temple
"Thus we conclude with that classic chestnut that characterizes all dispassionate rational discourse: angrily storming ..."
Theo Sadana Skepticism and Social Justice
Browse Our Archives
get the latest from
Nonreligious
Sign up for our newsletter
POPULAR AT PATHEOS Nonreligious
1