My first real job was in prisons. As a teenager at university I became a volunteer for the London Shakespeare Workout Prison Project, a charity which performs Shakespeare workshops, and sometimes whole productions, inside correctional facilities (whether it is still running I don’t know – I haven’t heard anything about it in a long time).

I still remember vividly my first workshop with the company. I – a slight, floppy-haired, middle-class private school kid from the leafy south-west suburbs of London – had never been anywhere near a prison, let alone inside one, so I was nervous as our bus full of actors and theatre students approached the razor-wired gates of Her Majesty’s Prison Highpoint. I remember the thorough searches as we passed through multiple checkpoints, leaving many of our belongings in small lockers, and the array of barred doors through which we had to pass before reaching the workshop room: a shabby brown space with few distinguishing features.

The company played a few theatre games to warm up (and, I think, to exorcise some of the nerves some of us were clearly feeling) then, with great seriousness and intensity, the charity’s director Bruce Wall set out some rules which would govern our conduct throughout the experience. Many of the rules were common-sense (don’t give anything to the inmates they shouldn’t have, no flirting or sexual contact etc.), but a few stuck out to me as strange, given the intensity with which Bruce relayed them to us:

“When the residents enter the room (we call them “residents” or “inmates” – never “criminals”), we will greet them with a handshake and, looking into their eyes, offer our first names. During the theatre games, unless I say otherwise, intersperse yourself among the residents so that each inmate is beside two actors. You will treat the inmates just as you would treat any professional performer you were working with in a production.”

I didn’t understand, initially, the importance of these seemingly innocuous rules. Sure, I understood that we should be polite and kind to the people we were working with, but I didn’t realize that these small injunctions were an integral part of the workshop’s effectiveness.

I began to understand when the first inmates arrived for our session. While a couple bounded in with enthusiasm, most shuffled, their eyes to the ground. I expected to feel a little scared of them but, if anything, they seemed scared of me. Eye contact was sparse and fleeting, speech was mumbled, and many were wringing hands, pulling at clothes, or displaying other visible signs of nerves. As directed, I stuck out my hand and began offering my name to each inmate in turn, affecting my brightest tone and biggest smile. Some of the inmates seemed shocked and others wary of the gesture, but I persisted until I had shaken every hand and exchanged names with every inmate – and already there was a shift in the room, some tension floating away.

Then, the games began, and I started to understand what was going on. Bruce, in an ingenious workshop developed over years of experience working in prisons, had realized the importance of building up basic relational norms from the beginning of the session, and much of the first hour of our two hour span was spent building those norms. We began with games which encouraged simple eye contact – games in which the only activity was making eye contact with others. Then, we moved to games which established that certain forms of physical contact were OK. Finally, we worked on getting the inmates to raise their voices – my favorite was a game which encouraged inmates and actors to hurl Shakespearean insults at each other across the room.

I later joined the LSW Prison Project as an employee, working with them over the summer on a number of projects, and it was reading letters from inmates we had worked with which made me understand fully the importance of Bruce’s rules.  Many of the letters – a surprising number – noted that they knew our workshop would be different because of the handshake and the eye contact with which it began. One wrote that he couldn’t remember the last time someone had shook his hand, and how much it meant to him to be treated like a real person. I started to realize that the way Bruce had encouraged us to act toward the inmates, and the way his workshop was put together, was designed to humanize the participants, to offer them some dignity in a space which frequently denies it. By insisting on the small ways people show each other respect and concern Bruce and his workshop were working against a large structure of dehumanization which actively seeks to reduce people to numbers, to strip away their voice and agency, and to make them feel subhuman. The London Shakespeare Prison Project, although it used the words of Shakespeare, wasn’t really offering a Shakespeare workshop but a humanization workshop which, in numerous little ways, sought to give dignity back to people who were being forced to live in a dehumanizing setting.

My experiences with LSW became the foundation for my desire to be an activist: I realized that I was more proud of the work I did with them than of any other work I had done, and that if I could find a way to dedicate my life toward humanizing people – not just to preventing their dehumanization, but to actively humanizing people – then I might be happy and fulfilled. I also realized that just as small, seemingly innocuous actions can start a process of humanization, small, seemingly innocuous actions can start a process of dehumanization too. If the extent and nature of our eye contact or whether we offer a culturally appropriate greeting like a handshake can have a big effect – just as it did with these inmates – then our choice of language when we engage in a debate and the nature of our political protests and activism can certainly have a big effect too.

For this reason I am for the humanization of all relationships. I want to ensure, as much as I can, that my personal, professional, and political relationships with other people humanize rather than dehumanize. I want to treat my political opponents with the dignity and respect they are due as people, and not demean or disparage them in ways which start a process of dehumanization. Certainly, I frequently fail to live up to this aspiration – especially when I am angry at injustice and oppression, and confronted with people who are harming others or clearly acting in bad faith. The desire to humanize it is an aspiration I hold all the same, because I believe that my dehumanizing another – even in seemingly trivial ways – is never necessary to achieve the political and social goals I pursue, and is most always counter-productive.

To be a Humanist, in my mind, is to humanize – and I never wish to do the opposite. 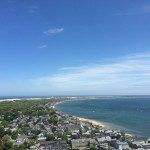 Christian school expels girl pictured with...
The Freethinker
Related posts from Temple of the Future

Who Has the Burden of Proof? Apparently Not...
Here are a few examples of Christians running from their burden of...
view all Nonreligious blogs
What Are Your Thoughts?leave a comment
Copyright 2008-2017, Patheos. All rights reserved.