It is Sunday morning, and I am heading to the Ethical Society of St. Louis. As I approach, its distinctive spire comes into view: it is affectionately known by many in the city as “the witch’s hat.” I think you can see why. 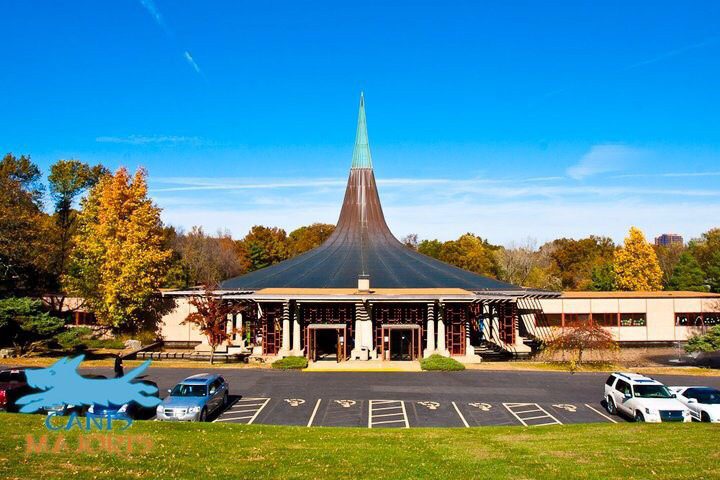 It’s a bright day, and as I enter the foyer the sun streams through the multicolored windows, casting rainbow patterns on the floor, and streaking my body with glorious colored light. 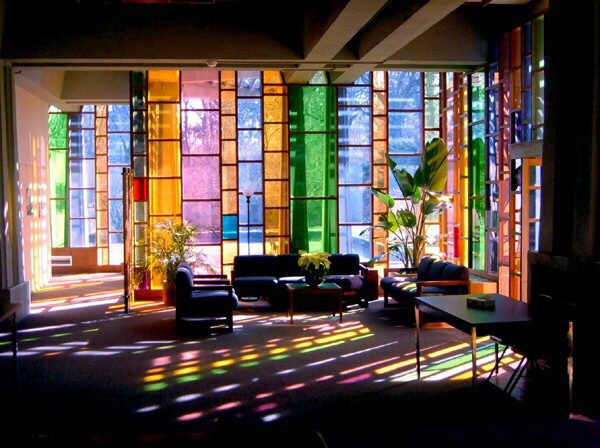 I move through the foyer and into the meeting hall, and am struck immediately by the sense of space: the seats stretch out on either side of me, and the wide stage beckons in front – I can never resist a stage.

As I walk down the central aisle – as many couples have done during their wedding ceremonies – my eyes are drawn upward to where the great vaulted spire lifts into the sky. I can’t help but feel a sense of excitement my aspirations are soaring with the spire. 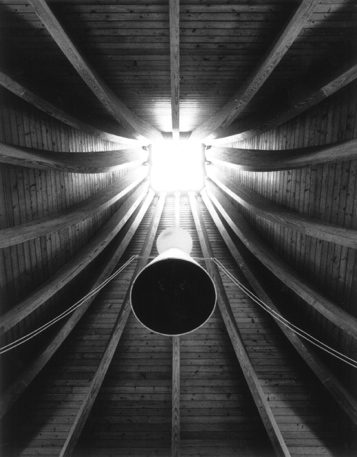 This building – the Ethical Society of St. Louis – is where I now work. A couple of months ago I moved from Boston, leaving behind 7 years worth of friends, and colleagues, and memories, to Missouri, where St. Louis and the Society is, to start my life as a professional Humanist. For this is a Humanist congregation: it exists solely to provide a place for humanists to come together in community, and explore and deepen their understanding of and commitment to Humanist values.

The Society is one of about 24 remaining Ethical Societies, part of a movement started more than 140 years ago by Felix Adler, humanist philosopher and social activist, who believed that the social roles that religious organizations play in society and human life were important, but that it was no longer possible to believe in the dogmas of the traditional religions. Starting in New York, with an amazing city-block sized building on Central Park, he set out across the US – and the world – establishing Humanist congregations and spreading the message of a universal, human-centered ethics, wherever he went. The St. Louis Society was itself founded in 1886, meaning that it has provided community for humanists for 128 years. 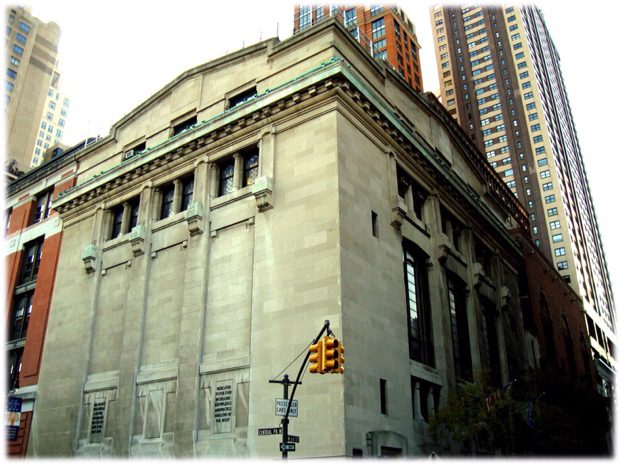 The movement he created became known as “Ethical Culture”, and today the American Ethcial Union is one of oldest surviving organized Humanist organizations in the world. The Ethical Movement still exists today and it is founded on the simple belief that if we want to promote ethics in the world, one way to start is to build moral communities. Founder Felix Adler once said that the way we can encourage people to live more ethical lives, absent any scriptural authority, is to put them “in the midst of crowds”.

Adler believed that by surrounding people with others committed to the same values you could generate moral energy and commitment, thus spurring social change. The congregation, in essence, becomes a powerhouse for humanist values, taking people’s intellectual and emotional energy and channeling it toward individual and social betterment. His hunch has been vindicated by modern social science, which suggests that congregations act in precisely this manner, spurring civic engagement among their members.

This idea of humanist congregations may seem a bit weird and old fashioned, but in recent years there has been a significant upsurge of interest in the idea, with many new humanistic congregations forming across America and across the world (the Sunday Assembly is the best known example). All these organizations are trying, in slightly different ways, to provide community spaces where humanists can enact their values, enjoy life with each other, and go out to try and make the world a little more humanist.

I believe these congregations are critically important if we want to spread Humanist values. They aren’t for everybody, and some will find them too similar to religions they have left behind. But for those who seek ethical guidance, who long to ask life’s biggest questions, who want to raise their kids with strong values, who yearn for inspiration and music and beauty, Humanist congregations offer a unique community in a nontheistic setting. And to the Freethought movement, which seeks greater political and social significance as its numbers grow, these congregations offer a unique opportunity to ramp up our impact by building hubs for social and civic engagement.

Perhaps a Humanist congregation is the place for you?

August 28, 2014 Some Atheists Are "Joiners" Because All Atheists Are People
Recent Comments
0 | Leave a Comment
"Ten years since dad died, while I held him, five since mum. Not a day ..."
Steve Taylor Life Without Dad
"People who think that chopping the ends of male babies dicks off is a path ..."
Steve Taylor Former Chief Rabbi of Great Britain ..."
"Mike Brown wasn't murdered, not sure how you missed that minor detail."
Goat Plissken Closing the Doors of the Temple
"Thus we conclude with that classic chestnut that characterizes all dispassionate rational discourse: angrily storming ..."
Theo Sadana Skepticism and Social Justice
Browse Our Archives
get the latest from
Nonreligious
Sign up for our newsletter
POPULAR AT PATHEOS Nonreligious
1

Come Meet the Growing Ranks of...
Roll to Disbelieve
Related posts from Temple of the Future