When is it Right to Take Action? 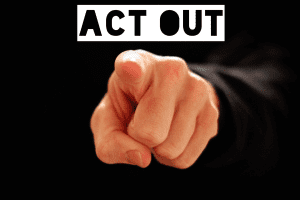 In my conversations about the ongoing protests in Ferguson and St. Louis one argument from those who do not support the protests has become a refrain: how can we protest against the shooting of Mike Brown when we don’t yet know all the facts?

This is not a totally ridiculous question. We don’t know all the fact regarding this specific shooting. Most of us were not there, and even those who were eyewitnesses to the altercation likely do not know or accurately remember every relevant fact (eyewitness testimony, after all, is notoriously unreliable). Furthermore, it is a principle of justice that we not assign innocence or guilt until we have made our best possible evidence to gather all the facts. Coming to a premature judgment – either concluding that Darren Wilson is innocent or that he is guilty – before we know everything that happened is wrong. In this sense, the protest-skeptics are correct: we don’t know all the facts, and should be reticent about casting judgment.

Yet I still support the protests. Why?

Because even though we do not know all the facts of this specific shooting, we know enough of the facts about this specific shooting – and enough facts about the racialized nature of policing in America more generally – to know that there is an injustice which needs to be fought. The facts of this particular encounter aren’t the only relevant facts: broader concerns about the racist nature in which laws are enforced and applied are directly relevant too.

That an unarmed (fact) young man was shot to death after an altercation which began because he was walking in the street (fact) while we have a criminal justice system which targets people of color – particularly young males – for harsher treatment (fact) is enough to get me into the streets. What more do you need to know?

Even if you conclude that Mike Brown should have been shot – and how you conclude that I honestly do not know – there is plenty of evidence that policing in America is systemically racist: and that’s an injustice you should be speaking out on. To use your doubts about this one case as a way to avoid acting to change a manifestly unjust system is to willfully ignore the forest because you’re skeptical about one tree.

The right time to act is when you see an indication that there is an injustice in the world which oppresses people. To say “I hate the racist criminal justice system – but Michael Brown was a bad kid so I’ll sit out these protests” is an avoidance of ethical responsibility. You can withhold judgment, if you want, on whether this was a “good shooting” or not (though, really, what sort of shooting is “good” if it ends with the death of an unarmed teen?). But you can’t withhold judgment on the wider systemic issues activists in Ferguson are marching to change.

I’m going to put this bluntly: you don’t have to think Michael Brown was a “good kid” to decide it’s time to take action to oppose systemic racism. You just need to know he was a human being killed partly because he was enmeshed in a racist, unjust system.

Whenever we’re faced with situations like this – situations when we might have reason to be skeptical of the specific cause of a particular set of protests – we should focus on the big picture. If the cause, writ large, is just it’s time to act. 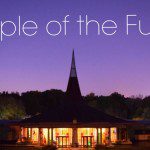 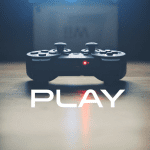 October 30, 2014 The Magic and Mechanics of MMOs
Recent Comments
0 | Leave a Comment
Browse Our Archives
Follow Us!