There is a moment in Star Trek IV – undoubtedly the finest of all Star Trek movies – when Spock, having returned to his home-world Vulcan after his resurrection in the previous film, is answering a computerized test. The questions come quickly: Spock has scarcely answered one before the computer fires another, probing his knowledge of Vulcan history, chemistry, and technology, trying to determine if his mind has recovered from his ordeal. Then the computer asks a question which stumps Spock, leaving him quizzically  interrogating the screen, lips pursed and signature-eyebrows furrowed:

Today I feel like Spock did then. Today Leonard Nimoy, the actor who played Spock, died at age 83. And I don’t know how I feel.

I grew up watching Star Trek with my parents. We sat as a family and watched episodes together, often discussing the ethical dilemmas which faced the crew. The characters served as role models for me: I wanted to be as authoritative as Jean-Luc Picard, as caring as Deanna Troi, and as cute as Wesley Crusher (I was young!). I wanted the world to be like Star Trek, a world where people of passion and principle explore the galaxy, and discover what it means to be human along the way. And, yes, I wanted to be as smart, poised, and sassy as Mr. Spock. Spock had real sass.

Nimoy understood that Star Trek is a show about values. He knew it’s not just a space drama or a sci-fi action series, but a values-driven exploration of the human condition, using a science fiction setting to ask the biggest questions of human life: Why are we here? What’s going on? How should we live? Who are we anyway? He continued to engage with the franchise throughout his life, and he always respected what it was really about – Gene Roddenberry, the series’ creator, called him “the conscience of Star Trek“. In the character of Spock, Nimoy created an avatar of the show’s values, an icon of reason informed by emotion, deep passion and cool analysis. Through this alien character, he showed us what it is to be human.

My mother will be particularly sad. She was the real Trekkie in our family, and Spock was her favorite character. She had always wanted to meet Nimoy. A few years ago, thinking that he wasn’t getting any younger, my family convinced her to finally fly out to meet him, and together we attended the 40th Annual Las Vegas Star Trek Convention. The anniversary became an opportunity to reunite actors from across the franchise, and Nimoy was there too, speaking on a series of panels, as well as in a plenary session he held alone.

The cavernous convention hall was packed in preparation for Nimoy’s appearance. After sharing stories from his time with the show – he was a riveting storyteller – Nimoy approached the front of the stage and announced that this was to be his last major Star Trek convention. He held his hand up in the air and gave the Vulcan salute: “May each and every one of you live long, and prosper”. As one the convention rose, thousands standing for this man, thousands saluting Spock. To my left my mother, tears streaming down her face, not one but both hands in the air, fingers splayed and thumbs extended, saluted a man who had created a legend.

In Nimoy’s first authobiography, I Am Not Spock, he wrote:

“There is a moment when we are all touched by the humanity in these creatures that are supposedly inhuman, when the character…says, “I, too, need love.” Millions respond and love pours out because we all need it and we all understand. When one is touched…we are all touched and we can cry for him and for ourselves. Tears of connection.”

Today millions of tears of connection will be shed for Leanord Nimoy. Not just because he was, as he came to accept, very much Spock. But because we are Spock. In the character of Spock – in his quiet dignity and wisdom, his struggle to balance feeling and thinking, his constant search for self-identity – we saw something of ourselves. Our own struggles, and our own desire to be better than we are. The values Nimoy portrayed through the character of Spock shaped the my mother and, through her, shaped my brother, sister, and I. There’s a little bit of Spock in each of us.

So, how to answer the computer’s question? How do I feel? At the end of Star Trek IV Spock’s father, Sarek, prepares to return to Vulcan. He asks Spock if there is any message he would like to send to his mother. He replies:

I just called my mother, home in London – our Vulcan. She tells me she feels sad – so sad – but I want her to know it will be OK. You’ll feel fine, mum. Spock lives on, though Leonard Nimoy is dead. Spock lives on in you, and in me, and in the millions he inspired.

Thank you Leonard Nimoy. In the words of my mother, “You lived long, and we prospered.” We are Spock. 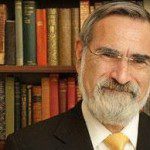 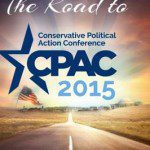 March 3, 2015 Yes, Atheists Can Be Conservatives. But Why Would We Want To?
Recent Comments
0 | Leave a Comment
"Ten years since dad died, while I held him, five since mum. Not a day ..."
Steve Taylor Life Without Dad
"People who think that chopping the ends of male babies dicks off is a path ..."
Steve Taylor Former Chief Rabbi of Great Britain ..."
"Mike Brown wasn't murdered, not sure how you missed that minor detail."
Goat Plissken Closing the Doors of the Temple
"Thus we conclude with that classic chestnut that characterizes all dispassionate rational discourse: angrily storming ..."
Theo Sadana Skepticism and Social Justice
Browse Our Archives
get the latest from
Nonreligious
Sign up for our newsletter
POPULAR AT PATHEOS Nonreligious
1

Come Meet the Growing Ranks of...
Roll to Disbelieve
Related posts from Temple of the Future 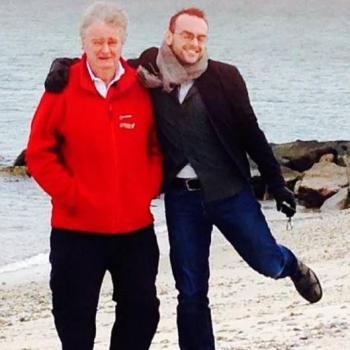