Yes, Atheists Can Be Conservatives. But Why Would We Want To?

Last week atheist activist and radio host Jamila Bey became the first person ever to address the Conservative Political Action Conference (CPAC) on behalf of atheist voters. Representing American Atheists Inc., Bey took the floor to ask conservatives to “embrace” atheists, pleading “let me vote for GOP candidates”. Her message was simple: there are more and more atheists around, some of them are conservatives, and by alienating them you are missing out on potential voters. By being more open to atheists, conservatives win because they get more votes, and atheists win because they are no longer being openly denigrated by a large chunk of the political community in America.

There’s something to be said for this approach. Bey and American Atheists are right to point out that there is widespread distrust of atheists among the political right in America. At CPAC itself Phil Robertson of “Duck Dynasty” (known for his homophobic views) said “You lose your religion, and you lose your morality”. Many of the major speakers at the conference have denigrated nonreligious people – including some presidential candidates. Challenging the political marginalization of Atheists is important work, and it makes sense to confront those most responsible for it.

It’s true that there are conservative atheists out there. While most atheists are progressive in their political views, nothing about being an atheist requires that you take any particular political viewpoint. The current association of atheism with progressivism is more an artifact of America’s political and religious history than anything to do with atheism itself. Conservative atheists deserve political representation, and no one should be restrained from full participation in the political process due to their religious beliefs. Conservatives have to get over their hatred of atheists.

I respect Bey, too, for being willing to take on what was essentially a hostile audience. While her speech received some polite applause, it’s clear by comparison to the raucous reception of other speakers that CPAC isn’t into atheism. Bey tried hard to woo her skeptical audience, even going as far as talking about the “conservative family” and quoting Donald Rumsfeld (yuk). It was a valiant effort which, public speaker to public speaker, I appreciate. I like Jamila, and this was a gutsy thing to do.

Yet American Atheists’ overtures to CPAC and to the Republican Party make me uneasy. I can’t help the sense that this is less about promoting atheist visibility and acceptance, and more about cozying up to powerful people  under the cover of a completely unrealistic image of “conservatism”. It’s as if not only do they want conservatives to be OK with atheists, but they want atheists to be OK with conservatives – and they’re willing to overlook the very troubling record of contemporary conservatism to make their case.

As if to prove my point, at one moment in her speech Bey looked out into the crowd and said: “I see people who love this country and believe in the equality of all people.” No you don’t. You really don’t, Jamila! You see a subset of the most conservative activists in the country, people whose job it is to oppose LGBTQ equality, women’s equality, and the equality of people of color. People who quite literally lead the charge against equality in America! It’s one thing to play to your audience, but quite another to flatly reject reality. This is pandering, and it makes me wonder about motives. I’m all for humanizing atheists in the eyes of conservatives, but lying about conservatism to do so is dishonest.

American Atheists is playing a dangerous game. Beyond calling for tolerance and respect from American conservatives – a perfectly reasonable thing for an Atheist advocacy organization to do – they seem to be suggesting that were the GOP only to show willingness to “embrace” atheists, then atheists might embrace them back, and they would have access to tens of millions of new voters.

Yet if the GOP’s denigration of the nonreligious is literally the only thing preventing them from voting for Republican candidates, I question their priorities and their values. It’s as if American Atheists are saying to CPAC: “Forget the poor, the old, the sick, the immigrants, the LGBTQ community, and people of color: once you’re OK with atheists, we’re OK with you!” That’s not an atheism I want to support. Want to go to CPAC and encourage conservatives to be more welcoming to atheists in public life? Fine – embrace away. Want to pretend that “conservatism” in America is about equality and fairness, while surrounded by homophobes, racists, sexists, and self-serving oligarchs, while saying nothing about these real issues of equality? No thanks. 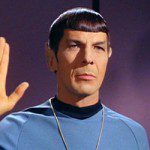 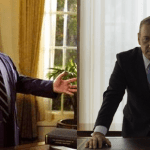