Death Is Not the Answer

I remember the Boston Marathon Bombings. I remember hearing of the attack on the radio, and wondering if my friends running and watching the marathon were alright. I remember being locked down in my apartment as news of the unfolding manhunt trickled in: an MIT policeman killed, a shootout in Watertown, the dramatic discovery of Dzhokhar Tsarnaev in a local’s boat. I remember the murals and memorials, t-shirts hung on railings along Boylston Street. I remember “Boston Strong”, the slogan which became a ubiquitous response to the attacks.

When you live through something like that there is a feeling of collective assault. Although I was 4 miles from the Boston attacks when they occurred, and much farther from those in London, I felt like “we” had been attacked. I wasn’t hurt, no one I knew personally was hurt, but my city was hurt – so I felt affronted, angry, and afraid. Although I’d lived in Boston for 6 years by the time of the attack, living through the bombings and their aftermath gave me a greater sense of connection to the city and its people, a sense of solidarity I remember feeling after 2005 attacks on London. I can only imagine how the families of those killed and mutilated in the attacks feel.

Yet I do not celebrate today’s announcement that Tsarnaev has been sentenced to death. I do not judge anyone affected by the attacks who wishes him dead – I think if someone killed or hurt one of my family members I might well wish to kill them. The desire to harm those who have harmed us is natural and, probably, unavoidable. I am moved by the responses of survivors of the blast, and family members of victims, many of whom support the verdict and consider it justice. But, for the sake of us all, there must be a difference between a grieving individual’s desire for revenge and the exercise of justice by the state.

There is much that could be said against the death penalty in general: it is not an effective deterrent, it is enormously wasteful of public funds, the process can be unreliable and cruel, and innocent people have and will be executed. These criticisms are less apt in this case, however, because Tsarnaev is definitely guilty, his sentence is likely to be carried out with the utmost care and, since the crime Tsarnaev committed is so rare, it is unlikely that deterrence is a goal in this case.

No, the case against Tsarnaev’s execution comes down, to me, to an absolute prohibition against the calculated killing of incarcerated people by the state. The state simply has no moral right to end the life of a person who it holds in its care, who poses no further threat to anybody, who faces life in prison without parole. We can delegate certain powers to our government to exercise on our behalf, including the right to incarcerate us if we harm other people. But since we have no right to take another’s life unless they pose a threat to us, it is a right we cannot grant our government on our behalf.

Tsarnaev’s crime was horrific, yes. But he is still a person. As a Humanist I believe in the moral worth and dignity of every person. We abhor Tsarnaev’s actions because we recognize the dignity and worth of the people he killed and mutilated – and it is that very same principle which speaks against the state-sanctioned killing of the perpetrator. When the government takes to itself the power over life and death – a power which, when exercised by individual citizens, is called “murder” – it makes a mockery of justice, saying “Because we so value the lives of those you killed, we value your life at nothing.”

This is the moral contradiction at the heart of capital punishment. It doesn’t make us stronger as a society, but chips away at the founding principle of civilization itself. A commitment to the dignity of all people means a commitment to the dignity of victims and terrorists both. This is a difficult -perhaps impossible – standard for any individual to meet. But it is one our systems of justice must uphold. 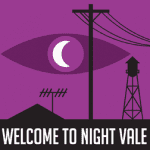 May 7, 2015
5 Things Humanists Can Learn from "Welcome to Night Vale"
Next Post

July 15, 2015 In Russia, Two Men Holding Hands is a Revolutionary Act
Recent Comments
0 | Leave a Comment
"Ten years since dad died, while I held him, five since mum. Not a day ..."
Steve Taylor Life Without Dad
"People who think that chopping the ends of male babies dicks off is a path ..."
Steve Taylor Former Chief Rabbi of Great Britain ..."
"Mike Brown wasn't murdered, not sure how you missed that minor detail."
Goat Plissken Closing the Doors of the Temple
"Thus we conclude with that classic chestnut that characterizes all dispassionate rational discourse: angrily storming ..."
Theo Sadana Skepticism and Social Justice
Browse Our Archives
get the latest from
Nonreligious
Sign up for our newsletter
POPULAR AT PATHEOS Nonreligious
1