I was a Boy Scout for about two seconds. I liked the toggle and felt there was something swishy about the pseudo-military uniforms, which oscillate wildly between butch and high camp depending on the wearer and the situation. I also liked our school Scout Leader, who was a charming man who always dressed impeccably and attended the Eurovision Song Contest every year – in other words, very gay. I didn’t, however, like camping, the outdoors, or tying knots (that came later) – so I decided Scouts was not for me.

Our fabulous Scout Leader was OK because, for quite a while, the UK scouting authorities have had an open and welcoming view regarding gay and lesbian scout leaders and young people. The official website of the UK Scout Association has a whole section on “supporting young people” regarding their sexual orientation and gender identity which reads, in part:

“It is important that in Scouting, all young people feel welcomed, included and valued for who they are. Be aware that a young person who is gay or bisexual, may have experienced discrimination or bullying in other areas of their life. Therefore, it’s even more important that Sections create a positive, supportive environment, which actively celebrates difference.”

The article cautions Scout Leaders on assuming everyone is straight, gives guidance as to what to do if a Scout comes out to you, advocates support for same-sex parents, and gives full-throated backing for LGBTQ Scout Leaders. Throughout is a celebration of diversity and a positive commitment to uplifting the lives of LGBTQ adults and youth.  For a group which works with young people, and has a rather stuffy image, it’s a remarkably forward-looking document.

“Due to the social, political, and legal changes taking place in our country, and in our movement, I did not believe the Adult Leadership Policy could be sustained. Any effort to do so was inevitably going to result in simultaneous legal battles in multiple jurisdictions, and at staggering cost.”

So the reason for the shift in policy – which, as we shall see, is not some great endorsement of the dignity of LGBTQ people – was that BSA feared lawsuits and loss of support were they to resist change. This was not a principled decision, but something they felt forced to do because they feared the consequences.

This is feeble enough. If the BSA indeed wishes to offer “the nation’s foremost youth program of character development and values-based leadership training”, then this is a striking betrayal of that ideal. What sort of character says “We have to do this or we’ll get hammered in the courts!”? What sort of values are those? Perhaps there is a badge for ass-covering.

But it gets worse. The much-heralded, through-gritted-teeth policy change does not, in fact, pave the way to acceptance of LGBTQ Scout Leaders across the nation. Rather, it is a “States’ Rights” sort of “solution”, by which each local Scouting agency is allowed to choose whether or not it will be bigoted. As the statement says:

In other words for many people, in many parts of the country, this “change” will be no change at all: their local Scouting organization may decide to keep precisely the same discriminatory policy in place. I begin to wonder what some of my gay friends, once Scouts themselves, are really celebrating here – this is not remotely a principled stand in support of LGBTQ people.

It gets worse still. While this change opens the door a crack to allow local Scouting groups to accept gay Scout Leaders, the blatant religious discrimination the BSA has practiced for many years is still completely unchallenged. Currently, the BSA website states:

“The duty to God is absolutely explicit and one of the fundamental principles of the BSA. It remains the position of the Boy Scouts of America that the ideals and principles of “duty to God” and “reverence” set forth in the Scout Oath and Law—as expressed by the different faith beliefs of our members—are central to teaching young people to make better choices over their lifetimes.”

It is clearly the view of the Boy Scouts of America that it is impossible to “teach young people to make better choices over their lifetimes” if you are an atheist like me. A former website of the BSA put the (still active) policy in starker terms:

“Because of its views concerning the duty to God, Boy Scouts of America believes that an atheist or agnostic is not an appropriate role model of the Scout Oath and Law for adolescent boys. Because of Scouting’s methods and beliefs, Scouting does not accept atheists and agnostics as members or adult volunteer leaders.”

While I’m not sure I would be the best guide to the young a parent might hope for, I think I could still offer something.

The BSA’s position on atheists is a gross one, precisely equivalent to believing that a Jew or a Muslim could not teach young people something valuable about life – and yet most of my LGBTQ friends cheer the half-hearted change to the policy on LGBTQ Scout Leaders while remaining silent on the explicit religious discrimination they still promote. Thanks so much for your solidarity!

This moral myopia is particularly frustrating because the discrimination faced by atheists and LGBTQ people, in this instance, seeps from the same poisoned root: the belief that those outside the bounds of what the BSA considers polite society cannot possibly be moral beings. We must, somehow, be perverse (and not in a good way). Hence you get bits like this in USA Today, declaring a “slippery slope to accepting atheist Boy Scouts”:

“even the full acceptance of homosexuality throughout Scouting would not be the bottom of that slippery slope. There is another group that has been howling as loudly as the homosexuals about their exclusion from the Boy Scouts — the atheists…The slippery slope — from “morally straight” to homosexual to atheist Boy Scouts — is real.”

It’s up to all people of conscience – including LGBTQ supporters of the Boy Scouts of America – to see this prejudice for what it is, and to stand against it. I’m frustrated by gay friends who will take this small step forward and celebrate it as a victory for them, while ignoring the fact it does little to nothing for people like me and the members of my Humanist congregation – many of whom might enjoy scouting (no worries – we made our own).

Don’t accept these baby steps without pushing for greater change – for my sake, and your own. 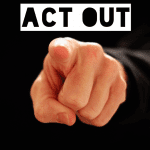 July 18, 2015
A Humanist's Guide to Working with Clergy
Next Post 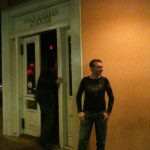 October 11, 2015 Smash the Closet!
Recent Comments
0 | Leave a Comment
Browse Our Archives
get the latest from
Nonreligious
Sign up for our newsletter
POPULAR AT PATHEOS Nonreligious
1

Of Hybrid Embryos, Human Rights, and...
Roll to Disbelieve
Related posts from Temple of the Future