Bernie Has Already Won His Revolution 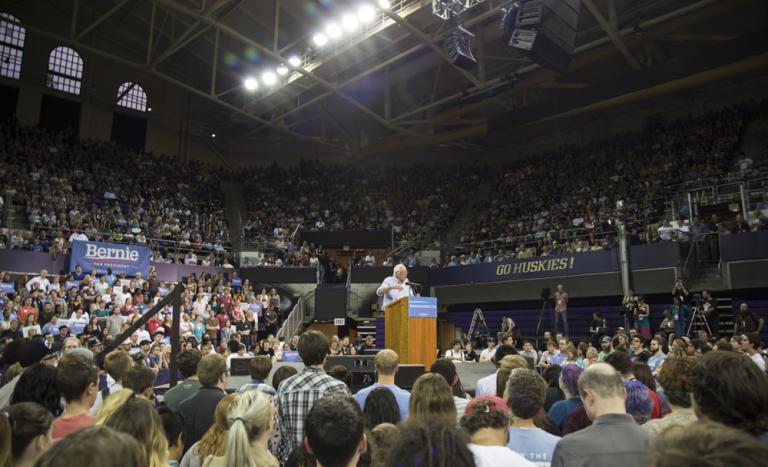 With the votes all counted from the “Ides of March,” it’s clear that Bernie Sanders’ hopes for the Democratic Presidential nomination are all but dashed. Few commentators now believe he has more than a slim chance of victory, and the Democratic nominee for President is now overwhelmingly likely to be Hillary Clinton. Most Sanders supporters I know seem stuck somewhere between morose resignation and outright denial, some gearing up to support a Clinton Presidential campaign, others refusing to let hope die, clinging to the chance that something momentous will rupture the political landscape and deliver a Sanders victory.

I get it. Sanders is a special candidate. He combines a sense of total authenticity and integrity with policy stances which, at least until this campaign, were thought to be way outside the mainstream of American politics. Many of my friends, young and old, have said that he was the first presidential candidate in their memory they could vote for with a clean conscience, feeling that he truly shared their values. His campaign, which initially seemed nothing more than a protest candidacy (he announced on the lawn of the Capitol in a five minute speech in front of a handful of journalists), became a genuine political phenomenon, sometimes out-fundraising and often out-polling one of the most powerful and recognized political figures in the entire world. The sense of excitement around the Sanders campaign – the sense that something almost magical was happening – was palpable, and it’s deeply sad when you have to wake up from a dream.

But I want to say this to my friends who feel the Bern: don’t shake this dream from your mind too soon. Sanders called for a political revolution and, in my eyes, even if he doesn’t win the nomination, he got one. All the issues on which he has run – the influence of money in politics, the importance of true universal healthcare, the dangers of growing income inequality in the USA, the exorbitant cost of college, ensuring a living wage for all workers – all these issues have been thrust to the front of the political debate in a way which, absent his candidacy, they never would have been.

It is difficult, I think, to overstate the effect Sanders’ campaign has had and will have on politics in America. As a British ex-pat I see US politics from the outside, and when I first moved here I was frequently shocked by how thoroughly right wing America is. The political center in the USA is far to the right of where it is in the UK: President Obama, derided by Republicans as a dangerously liberal (even socialist) figure, would be unelectably conservative in England. An old joke expresses the difference in political culture nicely: “In England we have two main political parties: the Labour Party – or as you would say, the Democrats – and the Conservative Party – or as you would say, the Democrats.” There are very few British politicians who would feel at home in the Republican Party of today, and those who would are on the extreme edge of our political fringes.

I remember being surprised on my arrival in the USA, as a then-much-younger activist for the UK Liberal Democrats (RIP), that the word “liberal” was a slur which even progressive Democrats sought to avoid. I noticed immediately that many of the most totemic values-words in the English language had a Republican tinge: “family,” “patriotism,” “freedom,” “religion” – even the word “values” itself was a right-wing code-word meaning, implicitly conservative values. The term “progressive” was dangerous, and “left wing” positively toxic. Conservatives, I subsequently learned, had over many decades secured a lock on political discourse, framing every issue their way, warping the very language to embody their ideals, slowly tugging the center of American politics rightward, such that to be a true American patriot with strong family values was to be an extreme conservative Christian.

Sanders’ campaign has changed that – or at least has galvanized and made visible a change already occurring in the country. Here is a man who is not only a proud liberal, but a self-proclaimed “democratic socialist.” A former independent, running as a Democrat pretty transparently for political expediency. A man who full-throatedly supports single-payer healthcare and explicitly champions redistribution of wealth. A man who has purposefully called-out institutional and structural racism, and who has forced his main competitor to step way to the left on immigration. A man who, when asked about his religious beliefs, gives as eloquent a defense of Humanism I’ve ever heard. And this man has given one of the most powerful establishment politicians of his generation a fierce battle for the premier position in the land.

In any other election in my lifetime any one of these would represent immediate political suicide – yet Sanders’ campaign has thrived. Moreover, he has done this without taking a dime from big special interests. In his brief announcement speech, Sanders outlined one of the main purposes of his campaign: to explore the possibility of running for President on the back of small donations. He said:

The issue is the huge amounts of money it takes to raise a campaign today…One of the hesitancies I had about deciding whether to run or not was obviously dealing with money…I’m gonna have to raise my campaign contributions through BernieSanders.com – small, individual contributions. That’s how I’m going to do it…But I seriously wonder if it is possible now for any candidate who is not a billionaire, or who is not beholden to the billionaire class, to be able to run successful political campaigns.

Sanders has proved it’s possible, and then some. He has filled his campaign coffers with tens of millions of dollars of small donations, and filled stadiums to capacity with audiences eager to hear his left-wing message. His refusal to rely on Super PACs amounts to Unilateral Political Disarmament – and yet he has mobilized a force of small arms equal to the nuclear big-money donors of the Clinton campaign.

This is momentous. This is a political revolution. Sanders’ campaign represents a seismic shift in the political landscape of the United States. Even if, as now looks likely, he fails to win the nomination, he has forever changed American politics. He has opened the door for future candidates with similar views to run openly and without compromise, knowing that there are large portions of the electorate willing to support them – and I guarantee you will see young politicians running on similar platforms in the future. This is how you change the political culture, and thereby change a country.

This is exactly what Sanders said he would do. That announcement speech again:

The question is: if you raise the issues that are on the hearts and minds of the American people, if you try to put together a movement which says “We have gotta stand together as a people and say that this Capitol – this beautiful Capitol – our country belongs to all of us, and not the billionaire class!” That’s not raising an issue: that’s winning elections. That is where the American people are.

Bernie built that movement. Bernie raised those issues. He showed us that this is where a significant segment of the American people are – more than any pundit believed or any poll predicted. Bernie’s revolution is here to stay. 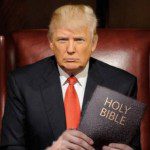 March 19, 2016 Support Social Justice Atheism at The Orbit!
Recent Comments
0 | Leave a Comment
Browse Our Archives
get the latest from
Nonreligious
Sign up for our newsletter
POPULAR AT PATHEOS Nonreligious
1