This is the second post in a series exploring the concept of free speech and its relationship to political protest, particularly relevant to recent discussions regarding the disruption by protesters of Donald Trump rallies. First post here.

What Does the Right to Free Speech Entail?

The right to freedom of speech is an idea about certain freedoms people should enjoy in the area of speech. It is an ethical claim about how people should and should not be treated when we seek to speak our minds, and a statement regarding the powers we should be able to exercise when it comes to communication.

What are these freedoms and powers? The 19th Article of the Universal Declaration of Human Rights (the most well-known statement of rights in history) expresses the idea as follows:

Everyone has the right to freedom of opinion and expression; this right includes freedom to hold opinions without interference and to seek, receive and impart information and ideas through any media and regardless of frontiers.

This is broad and inspiring, but not very specific. So to enumerate further, I think freedom of speech must include:

These rights, it must be stressed, are quite likely broader than any particular legal protection of them, and can be limited by the action of governments, private citizens, corporations, and other groups. When those who support certain limitations on speech claim, as I note they do increasingly, that one’s right to free speech is only infringed if the government is the agent of limitation, they are in my judgment making an error: one’s right to free speech can be infringed by non-governmental agents as well. An unruly mob who threatens you with violence if you finish writing your treatise is infringing on your ethical right to a certain sort of treatment, just as is a government agency which threatens you with imprisonment for the same activity. Frequently in human history private citizens and non-state groups have been a more proximate and more dangerous threat to the freedoms just listed than has the government: think of religious authorities shutting down dissenting religious opinions, and private citizens acting to suppress political views they find distasteful. Patheos colleague Kaveh Mousavi has written convincingly about this here.

[Note: I make no judgment here as to whether these critics are correct in their view that the speech they abhor should be limited: they could well be right about this, but I maintain it is wrong to justify that position by appeal to the idea that free speech rights can only be infringed by the state.]

Why is a Right to Free Speech Good?

This may seem a silly question, but it is essential. What is good about freedom of speech? Why are we justified in making the ethical claim that people should be treated in such a way as to afford them the freedoms listed above? By making such a claim we place a burden of responsibility on ourselves, on others, and on our government to respect and promote these freedoms, and that burden requires justification through an appeal to the goods that imposing such a burden will bring forth. The goods free speech brings can broadly be understood as both individual and social: promoting a right of free speech tends, I argue, to benefit both individuals and the societies in which they live in ways which significantly enhance human welfare, justifying its position as a “right”.

Individual Benefits of Freedom of Speech

Social Benefits of Freedom of Speech

This is by no means an exhaustive list of the goods which can flow from a society in which free speech rights are protected, but I think it is a defensible account of some of the benefits of recognizing a free speech right, and I believe that these goods are sufficient reason to protect and promote freedoms related to speech. We therefore establish laws (such as constitutional protections) which seek to protect the freedoms listed above in order to receive the goods just discussed: the laws protect the freedoms which give rise to the goods.
Having established the nature and value of freedom of speech, we are now better placed to make judgments as to whether particular activities promote those freedoms or restrict them, and give rise to the goods those freedoms promote or inhibit their fruition. This is important because some activities, while undertaken in the name of free speech, could undermine the exercise of free speech freedoms, or fail to promote the goods those freedoms are meant to promote. We will explore this problem more in the next post in the series!
Previous Post 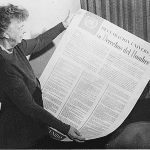 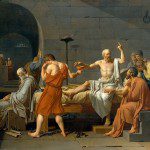 March 27, 2016 What Would You Live For? A Reflection on Martyrdom for Easter
Recent Comments
0 | Leave a Comment
Browse Our Archives
Follow Us!