What Would You Live For? A Reflection on Martyrdom for Easter

What Would You Live For? A Reflection on Martyrdom for Easter March 27, 2016 James Croft

This is an extract from one of my Platform Addresses (think sermons) at the Ethical Society of St. Louis. You can listen to the full Address here.

A few years ago I attended a conference at Harvard, and at that conference was a panel of activists who had been making their names fighting for various different causes. One of them, a big young man, tall, broad, with long hair and an impressive beard, spoke passionately about his work on behalf of the people of Palestine. He told the story of how he and a small group of other young activists – all white, from wealthy nations – had traveled to the West Bank in order to try to protest what they considered to be the illegal occupation of that territory by Israel. They felt that Israeli forces would be less likely to act violently toward white Westerners than toward Palestinians, so they decided that they would use themselves – their presence, their bodies, their lives – as a way of keeping Israeli forces accountable for their actions. So they slept in Palestinian homes and came out at any sign of a disturbance, interposing themselves, if necessary, between the forces of Israel and their Palestinian hosts. The young man who spoke at the panel I attended at Harvard had been one of these activists, and the risks he faced were very real: in 2003 one such activist, Rachel Corrie, was killed at the age of 23 when she was run over by a bulldozer she was trying to block in Gaza.

I remember feeling hugely conflicted about his story – and that tension remains with me still. On the one hand, I thought him incredibly brave. Here is a guy, around my age (perhaps younger), willing to literally give up his life for other people, in service to a cause he believed in deeply. There is something, in my mind, admirable about that. Doesn’t that seem brave? Whatever you think of the cause he was championing, isn’t it brave to put yourself in physical danger for what you believe? To choose to stand between a bulldozer and somebody else’s house, because you believe that their life is as important as your own? That sort of self-sacrifice holds some ethical appeal to me. I find it impressive, and praiseworthy. I felt, hearing his story, a challenge to how I live my life, a feeling almost of ethical inadequacy: would I be willing to put my life on the line for what I believe? Should I be doing activism like his? Am I brave enough?

At the same time, something about his story disturbed me. I felt a sense of hesitation as if, while what he was doing seemed praiseworthy on the surface, perhaps there was something not quite right about it underneath. That image of the brave activist in their florescent clothing standing before a bulldozer was simultaneously awesome and horrifying. But I couldn’t quite figure out what the problem was. I just felt uneasy about it. I remember going home after the panel and working over it in my mind, trying to reconcile the simultaneous feelings of ethical respect and ethical uneasiness. I wondered whether my ambivalence was simply a defense mechanism, a way of finding some excuse, so I could have an argument against doing similar sorts of work myself, because I was scared of doing it. But the uneasiness persisted, and has stayed with me since. Whenever I think about that young activist’s presentation I feel those mixed emotions.

Why? I can think of three reasons. First, it seems to me there is something potentially irresponsible in willingness to give our lives for a cause. By holding ourselves responsible to some ideal we hold more important than our own lives, we risk relinquishing the more concrete responsibilities we have to other people. Our death affects other people and, in that sense, perhaps it is not only our to give. We are enmeshed in a web of relationships, and choosing to rip ourselves out of that web may cause untold effects on those with whom we are connected.

Second, if you’re going to die for an ideal, you better be damn sure that the ideal is a good one. I, skeptic as I am, am not sure that such a total commitment to any ideal is ethically wise. We remember the Jesuses and Socrateses of history – people who are said to have died for thing of which we approve – but we tend to forget that there are plenty of martyrs for much more suspect ideals. How do we know our ideals are the right ones?

Being willing to die for an ideal suggests to me a level of moral zeal which speaks to a lack of appropriate skepticism regarding your own ability to judge right from wrong. As an Ethical Humanist I believe we can make informed, reasonable judgments about right and wrong – but I don’t believe those judgments are ever final. They should always be available for scrutiny. You can’t do much moral scrutiny when you’re dead. Committing yourself to the death to an ideal looks a lot less heroic when that ideal sours. We cannot honestly know that the ideals to which we hold strongly today will be considered right and just tomorrow- so should we ever be willing to give our lives for them?

The final reason I’m skeptical of martyrdom, though, speaks more directly to Ethical Humanism, and our focus on relationships: once we have given our lives for a cause, we can no longer do anything for anybody else. We are not just giving up our lives, but we are giving up, forever, our capacity to improve the lives of other people.

Who can tell what good Jesus might have done, had he chosen a safer route? Perhaps he would be less celebrated in history, but more effective at changing his society? What wisdom might Socrates have uncovered if had relented just that once, and gone into exile – perhaps even written a book? What might the fiercely-principled Rachel Corrie have done with her life, had she decided to step aside for the bulldozer that day? She would have turned 36 last month. – what might she have achieved in the past 13 years, had she put more value on her own life?

And that, I think, is the crux of my discomfort: to decide that you are willing to die for a cause, a belief, and ideal, is also to decide that there are things which matter more than human life. The higher you exalt that ideal above your own life, the more you devalue your life in comparison. While being a responsible ethical actor means recognizing the value of the lives of others, it also means recognizing the value of our own lives, and taking that into account when we act.

Emily Wilson, in her book The Death of Socrates (another famous martyr), asks:

“I wonder whether it is really admirable to die so calmly, so painlessly and, above all, so talkatively.”

I wonder too: I wonder of Socrates, and of Jesus, and of those young activists in Palestine, willing to die for their beliefs, whether it is really so admirable. I am not saying they are necessarily wrong, but I am saying that on this Easter Sunday, it is appropriate to be skeptical of elevation of martyrs. Perhaps it’s time to stop asking “for what will you die?”, and instead start asking “for what will you live?” 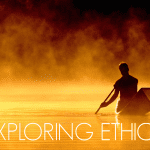 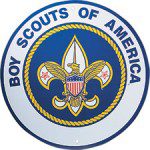 March 30, 2016 Unitarian Universalist Association Betrays Humanists, Atheists, and Agnostics
Recent Comments
0 | Leave a Comment
"Ten years since dad died, while I held him, five since mum. Not a day ..."
Steve Taylor Life Without Dad
"People who think that chopping the ends of male babies dicks off is a path ..."
Steve Taylor Former Chief Rabbi of Great Britain ..."
"Mike Brown wasn't murdered, not sure how you missed that minor detail."
Goat Plissken Closing the Doors of the Temple
"Thus we conclude with that classic chestnut that characterizes all dispassionate rational discourse: angrily storming ..."
Theo Sadana Skepticism and Social Justice
Browse Our Archives
get the latest from
Nonreligious
Sign up for our newsletter
POPULAR AT PATHEOS Nonreligious
1