So, it happened. Donald Trump is President Elect of the United States of America. I feel what all my friends are feeling: shock, disbelief, anger, anxiety, and despair. There’s a knot in my stomach and the feeling that something even worse is coming: a sword above my head, ready to drop. I feel afraid.

Worse, I feel cheated out of the life I expected to live. I’ve known for a long time that the progress of humanity is saw-toothed: we march forward some distance then fall back, and have to fight again the battles we thought we had won. We expand the circle of humanity, only to see it contract again, and we have to struggle anew to stretch it wider. I honestly believed I was living through a period of expansion rather than contraction, progress rather than regress. I now see that I was wrong, and that much of my life will be defined by a rearguard action to secure advances in civilization we had already made. That’s not what I wanted: I wanted to see where we would go next, what amazing things we would accomplish, as a species, once we moved past our prejudices. I mourn the country that could have been, had a more humane vision prevailed. I don’t want to live and work in a dark, mean place.

Yet I need to carry on, for myself, for the community I represent, and to uphold the Humanist values I care deeply about. So I’m asking myself, in the words of Jed Bartlet (the greatest fictional President ever), “What’s Next?”

Here’s what’s next, for me:

First, I’m going to be honest about how bad this is. Already, I have had friends contact me desperate for a way to flee the country. Some are scared for their lives, other suicidal. This may seem hyperbolic, but we must recognize the genuine dangers which face those who are already most marginalized during a Trump presidency. After Brexit in the UK, there were immediately reports of heightened attacks on racial minorities, and a feeling that the worst instincts of some in British society were emboldened  by their surprise victory. We will see that in the USA too. Those who were motivated to vote Trump by racial and cultural animus will feel empowered by his victory, and that makes things more dangerous for people of color, queers (particularly trans people), people with disabilities: anyone who has been scapegoated, minimized, and mocked this election is now in the firing line. Furthermore, the authoritarian and violent tendencies Trump displayed in the campaign will surely follow him into office – people don’t change overnight. These will be a profoundly disturbing four years, in which the worst elements of the Republican Party control all the major institutions of government. We will need to fight hard for every marginalized community simply to stay where we are. Things will probably get much worse.

Already some are writing that those who voted for Trump will soon regret it, and won’t get what they want. I can see where those authors are coming from: Trump will never be able to make good on his grander and more nebulous economic promises, partly because he’s never been clear on what he is promising. But perhaps Trump’s voters will get exactly what they want. Perhaps they want to hang effigies of niggers from trees outside their houses, or kick faggots in the belly, or never have to share a bathroom with a tranny, or stick it to a nasty bitch. This is ostensibly what they voted for, what was promised them in endless, violent rallies at which they chanted racist epithets and beat up protesters. Now their champion has become president. Why should they expect less of the same? We must prepare to fight evil, and resist the temptation to believe that this election was “really” about other things. Raw hatred was one of the things this election was really about. We have to deal honestly with that uncomfortable truth.

Second, I’m repudiating blame. I am going to resist the desire to blame anyone for this. Yes, I want to; yes, I have been; yes I think there is blame to share around. Am I to blame, for being too incrementalist in my outlook, and promoting candidates I though would be a reasonable next step rather than a wholesale political rupture? Are those with a more radical mindset to blame for promoting a narrative of false equivalence which sometimes went as far as to suggest that Clinton was worse than Trump? Are third party voters to blame, or the DNC, or cable news? There might be answers to these questions, but none of the answers make me stronger. Anything which is not pulling me together with others is weakening me, and blame fractures alliances. To get through this we’re going to need to hold each other tight, and fight together despite our differences. Nothing else is gonna get this done. Blame is deadly to me now, however satisfying in the moment.

Third, I’m going to try to understand why this happened. I am going to read everything I can, from whichever authors seem to have a reasonable view – or even just a popular one. I’m going to entertain wacky ideas and get outside my intellectual comfort zone. We can only fight something effectively if we understand it, and right now I don’t understand what happened in America. Time to do some study. That said, understanding is not endorsing. I’m not going to go out of my way to empathize with those electors who were driven by racist and sexist views and feelings. It is possible to understand the structural conditions which led to a Trump victory without endorsing or even sympathizing with the feelings of those who voted for Trump. To put it bluntly, I don’t care how deep an economic hole you’re in – there is no reasonable or ethical way to justify a vote for a race-baiting bigot. None. So, I will seek to understand, but I will never condone.

Finally, I’m doubling down on my work. Now, more than ever, community organizations like the Ethical Society of St. Louis are important. If we are going to fight back the worst of a Trump presidency we need civic institutions dedicated to the promotion of the highest human values. It’s extraordinary to see, all around St. Louis in the aftermath of this election, churches, synagogues, and community organizations opening up their doors for people to grieve, regroup, and prepare for what’s to come. I’m looking forward to a large crowd of people this Sunday as we look toward the future and ask “What’s Next?” 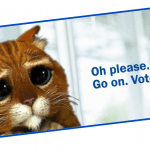 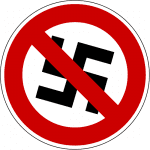 November 23, 2016 How to Denounce Nazis: A How-To Guide for Donald Trump
Recent Comments
0 | Leave a Comment
"Ten years since dad died, while I held him, five since mum. Not a day ..."
Steve Taylor Life Without Dad
"People who think that chopping the ends of male babies dicks off is a path ..."
Steve Taylor Former Chief Rabbi of Great Britain ..."
"Mike Brown wasn't murdered, not sure how you missed that minor detail."
Goat Plissken Closing the Doors of the Temple
"Thus we conclude with that classic chestnut that characterizes all dispassionate rational discourse: angrily storming ..."
Theo Sadana Skepticism and Social Justice
Browse Our Archives
get the latest from
Nonreligious
Sign up for our newsletter
POPULAR AT PATHEOS Nonreligious
1

The Entirely Unsurprising Sexism That Russell...
Roll to Disbelieve
Related posts from Temple of the Future