Atheists Are Oppressed in America

A friend recently posted a question on Facebook which sparked much discussion: are atheists oppressed in the USA? I was not surprised by the troll responses from Christians ranting about how they are the most oppressed group in the States, but I was a little surprised that a number of atheists themselves seemed quite invested in the idea that atheists do not experience oppression in America. The thread suggested a need for the question to be tackled in a systematic way, because there were so many different definitions of “oppression” floating around, and because some of the arguments seemed pretty confused. So here’s an attempt to justify the claim that a structure of oppression exists in the USA which targets and harms atheists.

Dictionary definitions, as ever, are next to useless in complex discussions which involve terms which have disparate common and academic meanings. They are too thin, capturing only how words are used in everyday parlance and not the full concept as understood by those who have considered it most deeply. Better to look to the academy, where the most useful definitions of oppression are ones which recognize that society is permeated by a matrix of power relationships which privilege some identities and underprivilege others, leading to hierarchies of good and bad, powerful and powerless, based on one’s membership in various categories of class, race, gender, sexuality, religion etc.

Consider this definition from Teaching for Diversity and Social Justice: A Sourcebook, Adams, Bell, and Griffin, eds.:

“Oppression: The systemic and pervasive nature of social inequality woven throughout social institutions as well as embedded within individual consciousness. Oppression fuses institutional and systemic discrimination, personal bias, bigotry, and social prejudice in a complex web of relationships and structures that saturate most aspects of life in our society.

This is a broad definition, but a good one because it is powerful: it provides a framework for understanding key features of the social world which affect how we are able to live. It points to how power operates through institutional and personal mechanisms, stresses the hierarchical nature of oppressive structures, and suggests how we can overcome oppression.

What does it mean -and not mean – to say atheists are oppressed in the USA?

To say atheists are an oppressed group in the USA is not to say that they are the most oppressed or disadvantaged group, or that the oppression they face is comparable to that of any other group: consequently, to point to another oppressed group and say “Well they have it worse!” is simply to derail the conversation and to add nothing. Rather, to say that atheists are oppressed is to say that they are systematically disadvantaged by structural and material constraints which significantly shape their life chances and sense of possibility, and that they are placed, as a group, low in the hierarchy of religious identities in a way which represents a genuine differential in power brought about by systemic marginalization.

What is the evidence that atheists are oppressed in the USA?

It is clearly tempting to some to say “atheists may be widely disliked, but that is their own fault for being so mean about religion and encouraging their spokespeople to be so unpleasant.” This is victim blaming bullshit. Substitute any other religious minority into the sentence and it is obvious how unacceptable this reasoning is (and yes, atheists are a religious minority in the sense that the category is defined by a religious perspective which is a minority one in the USA). We do not accept widespread prejudice is legitimate against any other religious group because of their relationship with the doctrines of other religions, nor do we find it acceptable to hold entire groups accountable for the bad behavior of some high profile individuals for that religious perspective. The argument “Of course people dislike Muslims – look at all those Muslim terrorists! It’s their own fault!” is readily recognized as Islamophobic (one which reinforces the oppression of Muslims), and the same is true of those who point to Sam Harris and say “Well atheists deserve what they get.” Furthermore, this argument is based on a simple factual inaccuracy: if the suggestion is that the unpleasantly right-wing views of someone like Sam Harris damn all atheists in the eyes of the American population (a silly argument on its face, because the vast majority of Americans almost certainly have no idea who Sam Harris is), then it is an uncomfortable fact that the religiously unaffiliated are one of the most progressive groups in US society, and have been for quite a while. Those who make these arguments can kindly go away.

Others might think that rather than declaring atheists oppressed per se, it would be more accurate to call Christians privileged and all non-Christians under-privileged, and to view “atheist oppression” merely as one expression of the oppression of non-Christians. Clearly, Christians are a privileged religious group in the USA. Christianity is the majority religion of the country, and enjoys recognition and celebration in almost every area of life which other religions do not. There is certainly an oppressive structure in US culture which privileges Christians over non-Christians. Yet (as noted above) there is also specific marginalization of atheists, which has persisted for some time and which is fomented to achieve certain hegemonic ends. Just as there is specific oppression of Muslims (Islamophobia is not just the flip side of Christian privilege, but an oppressive structure of its own with identifiable features which distinguish it from lack of Christian privilege), there is also specific oppression of atheists: a structure of oppression exists which targets those who do not believe in god for a specific set of marginalizations.

Finally, some critics (including some atheists) point to the fact that self-declared atheists tend, as a group, to be privileged on many axes, being predominantly white, young, highly educated, economically comfortable men (see here, for instance). There is understandable concern among some activists that should such a group claim to be “oppressed” it could lead to minimization of the oppression of other groups, which suffer much more, or to the erosion of the concept of oppression itself: “Well, if atheists are oppressed, everybody is oppressed!” This concern is tragically misplaced: it is precisely for the benefit of more marginalized groups that we must recognize that atheists are an oppressed group in the USA, first because it is a simple social fact, and an understanding of the power dynamics in society is essential to fight effectively for anyone’s liberation, and second because when you are both a member of another marginalized group and an atheist, it is critical that your religious disadvantages be taken seriously as a component of your oppression. To be queer and an atheist; a person of color and an atheist; an ex-Muslim and an atheist – these are precisely the sorts of overlapping oppressed identities for which the theory of intersectionality was developed, and we will miss something important about how these individuals in particular are marginalized if we ignore the oppression of atheists per se because many atheists are privileged in other areas of life.

The whole point of power analyses of the sort contemporary activists engage in is to see how people’s various identities privilege and marginalize them in complex and interacting ways: we do not add up all the ways an individual’s identities privilege and marginalize them and “average them out” to see how privileged they are “overall”. Rather, we disentangle the many ways power works on individuals and groups to expand or limit life-options. Recognizing that atheists as a group are subject to an oppressive cultural system does not disempower us from tackling other (often more deadly) systems of marginalization, but rather helps us understand the contours of the social world so as better able to navigate and reshape it.

Why does This matter?

Atheists are oppressed in America. A hierarchical social structure exists which systematically privileges belief in god over lack of belief in god, and this structure limits life-options and possibilities for atheists and affects interpersonal relationships. This structure is not currently as deadly or as vicious as those which dehumanize LGBTQ people, people of color, or poor people (for example), but it still exists, it does harm, it is connected in sinister ways to other forms of oppression. Understanding that oppression of atheists exists and how it functions can help us make society more just and free. 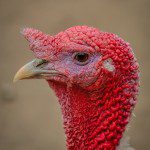 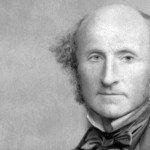 February 13, 2017 I Used to Think Like Dave Rubin. Then I Woke Up.
Recent Comments
0 | Leave a Comment
Browse Our Archives
get the latest from
Nonreligious
Sign up for our newsletter
POPULAR AT PATHEOS Nonreligious
1

Melania Trump Plans To Marry Chris...
Laughing in Disbelief
Related posts from Temple of the Future