I Used to Think Like Dave Rubin. Then I Woke Up.

Political commentator Dave Rubin has a new video out: Why I Left the Left. Ostensibly, its a defense of “classical liberal” values like freedom of speech, freedom of religion, and non-discrimination. In reality its a hit piece targeting what Rubin calls “progressives”: people who think trigger warnings are a good idea, who think colleges can expect visiting speakers not to bully their students and staff, and who believe that businesses offering their services to the public should do so without discriminating against their customers.

The video is hosted by PragerU – a self-described “conservative media company that happens to be a non-profit” – which is telling in itself. In one of their most prominent videos, PragerU presents the absurd notion that US media only ever presents a left wing, even socialist perspective, using examples like the “debate” around climate change and the supposed assault on religious freedom in America to make its point. PragerU seeks to “reclaim the future for OUR values” – by which they mean, presumably, that marginalized constituency which believes that climate change deniers and defenders of Christian privilege get too little airtime in American culture.

This is weird in itself, an inversion of the truth. In reality, climate change deniers get too much airtime in the USA, and genuinely left wing voices too little. But Rubin’s  video is even weirder. Apparently, the “regressive ideology” of contemporary progressivism “doesn’t judge people as individuals, but as a collective”. It demonizes straight white men and flings around accusations of bigotry, homophobia, and racism in order to bully others into silence. Diversity of thought is discouraged, and feelings of outrage defeat open and honest discussions. In short, according to Rubin, the “progressivism” of today’s American left betrays liberal values and undermines freedom.

The thing is I get it. I get where Rubin and his ilk are coming from – because I used to think like him. When I was in college – and for some time in grad school – I took a similar “classically liberal” view. I was raised on J.S. Mill, who I encountered in a high school politics class and who immediately swept me off my feet. His vision of a free society in which each individual is able to pursue their own ideal of the good life is still thrilling to me today, and he makes some of the most powerful arguments in favor of individual liberty.

I’m embarrassed to say that I drank the Kool-Aid. I became one of those people who sat in class discussions of racism and suggested we should “just treat everyone like people”. I opposed “no platform” policies on campus and I was devoted to the ideal, as stated by Mill, that “The only freedom which deserves the name is that of pursuing our own good, in our own way, so long as we do not attempt to deprive others of theirs, or impede their efforts to obtain it”, and I thought the best way to help people achieve that treasured freedom was to leave them alone.

I did these things not because I had an elevated understanding of “freedom”, which placed me above the “progressives” who were arguing for certain limits and accommodations. Rather, it was because I hadn’t yet come to understand the limitations of the classical liberal view. Classical liberals in the mold of Mill simply have too little to say about power (blogger Miri Mogilevsky of Brute Reason has recently made the same point). They miss many of the ways that power contours society, and shapes how people are able to live. The classical liberal dream of a level playing field in which individuals, each judged by their character and not their group membership, make their own way unfettered, is precisely that – a dream. It cannot exist until all the restraints of class, money, race, sexuality, gender, ability etc. are removed – exactly what the “progressives” Rubin disdains are trying to achieve.

It is simply impossible for the classical liberal vision of society to prevail without the analysis of power and privilege which today’s “progressives” offer. Classical liberal aims depend upon “progressive” means. People cannot be free in the way Mill envisaged if they live in an unjust world in which their sexuality or race determines many of their life outcomes, and ignoring that these constraints exist will not help dismantle them. To make individuals free we must reshape society, flattening the peaks and valleys of power so that people can roam free. That requires vigorous social action. It requires people willing to name injustice and oppression – yes, using words like “racism”, “homophobia”, and “bigotry” – and brave enough to fight it. It means confronting people – people like me! – with their prejudices and with the limitations of their worldview. “Progressives” helped me recognize this.

In truth, the perspective I now take, which focuses on structural inequalities and how to dismantle them, instead of only on individual virtue and freedoms – is more “liberal” than the thin “classical” view Rubin promotes. The “progressive” view recognizes more of the mechanisms which limit people’s freedoms, and therefore points us toward more strategies to free ourselves. It offers a more comprehensive perspective on the realities of the social world, and overlooks less. Indeed, it may be truer to the ideals classical liberals espouse than the anemic Rubin liberalism: Mill himself didn’t entirely overlook the effects of power and privilege on freedom. He says, in a typical passage in On Liberty:

“In respect to all persons but those whose pecuniary circumstances make them independent of the good will of other people, opinion, on this subject, is as efficacious as law; men might as well be imprisoned, as excluded from the means of earning their bread. Those whose bread is already secured, and who desire no favours from men in power, or from bodies of men, or from the public, have nothing to fear from the open avowal of any opinions.”

Rubin, his bread secure, independent of the good will of other people, may well see freedom in a society which makes no effort to remove systemic barriers to participation. Those barriers hold no power over him: he can vault them. But not everybody can, and we have a responsibility to ensure that everyone can enjoy the same range of freedoms.

There are definitely problems with the intellectual frameworks of contemporary progressivism, and activist communities have to constantly evaluate our practices to ensure we are promoting healthy discourse and respecting everybody appropriately. The truth is, any community of people powerfully dedicated to a set of values can become toxic and limiting, closed to new ideas. This is true on the left, and is certainly also true on the right (indeed, I have seen many extreme examples of shaming and ostracizing being used to stifle disagreement in conservative political settings). Sometimes, progressives do indeed close down discussions which need to be had, and assume that those who disagree do so out of stupidity, privilege, or bad faith, instead of for good and honest reasons. But this happens in every community of ideas: it is not unique to Rubin’s detested “progressives”, or even particularly bad among them.

Rubin offers a nonthreatening and feeble concept of liberty, packaging it as the ultimate, full-fat version when in fact it is fat free. We need a more muscular understanding of liberty – an idea of liberty which understands the requirement to end oppression by reshaping society – not one which means simply leaving people alone to fend with an unjust world. 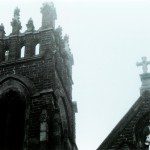 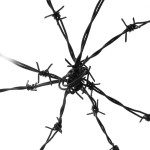 February 14, 2017 Oppression Is Not Magic
Recent Comments
0 | Leave a Comment
Browse Our Archives
get the latest from
Nonreligious
Sign up for our newsletter
POPULAR AT PATHEOS Nonreligious
1

Exposed: the evangelist who was assaulted...
The Freethinker
Related posts from Temple of the Future