In Art, What We Like and What Is Good are Different

In Art, What We Like and What Is Good are Different December 26, 2017 James Croft

Aesthetics – the philosophy of art – is a passion of mine. I love thinking about art in general, and about specific artworks in particular. When I go and see a play or a movie, much of my pleasure comes from the discussion afterward. What worked? What didn’t work? What did I like or dislike, and why? What themes were prominent or missing? This discussion is a big part of the fun of art, for me.

I get frustrated, though, when these discussions are confused by a failure to make important distinctions. Typically for a philosopher, I like discussions of art to be crisp and clear, everyone knowing precisely what claim is being made, and how those claims are supposed to be justified. Discussions of art are not merely expressions of opinion (not always, anyway): we can support our points of view with evidence and reasons, and have intelligent discussions which aren’t merely assertions of likes and dislikes.

With that in mind, I thought I might outline some an important consideration for those who want to talk about art, to help us think clearly about all the movies which have been released ofer the Christmas period.

A Judgment of Quality Is Not Merely An Expression of Taste

One of the most important distinctions to be made is between judgments of artistic quality and expressions of artistic taste. Saying “I liked this film” is different to saying “That was a good film.” The first is an expression of personal taste, while the second is a judgment of the quality of the work. The first is subjective, in the sense that we don’t expect people to be able to justify what they like or dislike, or convince others to share their tastes. The second is more objective, in the sense that when someone judges an artwork to be a good example of its kind, we expect them to offer reasons for their point of view – reasons which a dispassionate discussion partner might accept.

I think we understand this distinction when it comes to food: our taste for particular foods is not the same as a judgment as to whether a particular dish is a fine example of cuisine. I like Ikea’s cinnamon buns, but I wouldn’t call them an example of excellent cuisine. Nor would I expect to be able convince someone who doesn’t like them to change their mind: this is what we mean when we say “There is no accounting for taste.”

Yet if I say that a given restaurant makes excellent pasta, I am making a different sort of claim. I am not saying whether I like or dislike the pasta: rather, I am making a judgment as to its quality. In response to such a claim, someone might reasonably ask “Why do you say that pasta is excellent?”, and I can be expected to justify my view with reference to relevant evidence. I might mention aspects of the taste or how the pasta is prepared: concrete facts about the food which my companion can experience for themselves. Then we can engage in a discussion of those qualities in a much more detailed manner than when we are merely exchanging expressions of taste.

When it comes to artworks like films, we can do the same. We can say that we liked or didn’t like different parts of a film, or a film overall, which is mainly a judgment of taste. Or we can engage in detailed discussion of facts of the work, like elements of the script, qualities of particular scenes, specific performances, etc. When we do this, we are engaged in criticism: reasoned, evidenced discussion of the merits of a work of art.

Of course, it’s not possible to entirely separate judgments of quality and our own personal taste. There are subjective elements to any act of artistic criticism, and it is possible that two people engaged in true criticism will still disagree (art is complex, after all!). Yet observing this distinction can help us avoid those really unhelpful and frustrating arguments in which people talk past each other, one making an expression of taste, and the other a judgment of quality (“I thought this was a terrible scene for these reasons…” “Well I liked it!”), and help us dig into more specific aspects of a work of art.

December 27, 2017 "The Last Jedi" Does Not Support Your Politics
Recent Comments
0 | Leave a Comment
Browse Our Archives
get the latest from
Nonreligious
Sign up for our newsletter
POPULAR AT PATHEOS Nonreligious
1 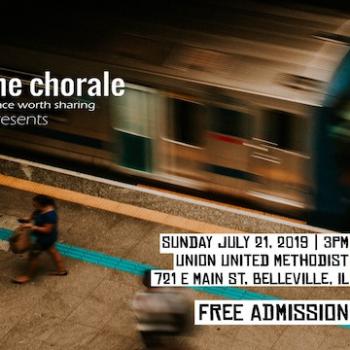