Guns Will Not Save Us From Tyranny

Guns Will Not Save Us From Tyranny April 3, 2018 James Croft

Among the arguments people make in support of a “right to bear arms,” one of the most persistent is the idea that an individual right to gun ownership derives from the right of a citizen to defend themselves against an oppressive government. This argument takes two main forms: in one, the concern is that the US government itself will become tyrannical, and that armed civilians will be able to resist the tyrannical turn; in the other, the imagined threat is from an invading nation which might seek to impose itself on US citizens in the future.

Advocating the first are people like former Oklahoma Senator Tom Coburn, who once said in a Senate debate on gun control “The Second Amendment wasn’t written so you can go hunting, it was to create a force to balance a tyrannical force here.” This we might call the “defense from internal tyranny” argument. The second argument, the “defense from external tyranny,” is made more often (in my experience) by internet commentators, and suggests that individual citizens need the right to own guns because the presence of armed individual citizens will deter foreign invaders and prevent the takeover of the USA by a tyrannical government.

In this post I seek to show how neither argument serves to justify the right to private ownership of firearms as now exists in the USA, beginning with the “defense from internal tyranny” argument.

One of the biggest challenges to the idea that an armed populace protects against encroaching tyranny is the possibility (indeed, I would argue, the probability) that private gun owners would support a tyrannical US government rather than oppose it. The mythology gun rights advocates use to advance the idea that an armed citizenry will provide a bulwark against tyranny goes something like this:

This myth relies on the assumption that armed private citizens would, in such a case, oppose the tyrannical government. This is by no means guaranteed. Is it not at least equally likely that those same citizens would support it, and perhaps even mobilize their arms in support of it?

Countries generally don’t just collapse into authoritarianism, but rather drift that way as cultural attitudes, economic circumstances, and geopolitical considerations shift. The success of an authoritarian regime depends, at least to some degree, on convincing some part of the population to support it (for no government can survive truly massive public opposition without any support from the populace). And the people most likely to support a shift towards a tyrannical regime are those with most authoritarian tendencies.

I think this is happening. I believe, along with many progressives, that we are seeing a drift toward authoritarianism in the USA right now, and yet gun owners overwhelmingly support the party which is bringing this shift about. The idea that allowing private citizens to own guns necessarily protects their polis from tyranny relies on the unjustified and unlikely assumption that the gun owners won’t be pro-tyranny themselves.

Add to this problem the fact that historically, in both the USA and abroad, gangs of heavily-armed individuals have routinely tyrannized their local communities and their nations, and the argument that guns are required to protect citizens against internal tyranny breaks down even further. A small group of armed individuals can do enormous damage to a local culture if it decides to use those arms to terrorize others, as did the Ku Klux Klan for decades. Gun rights advocates seem to think we should simply trust the pure motives of any group of people who own guns, but the history of  local tyranny shows this to be very unwise. The predictable response – that the terrorized should get their own guns and organize in their own defense – fails to convince because it will by definition put minorities in a weaker position every time.

It is the case, I accept, that on occasion armed groups of private citizens have resisted local tyrannies. The Battle of Hayes Pond, in which the Ku Klux Klan was routed due to an armed response by those they targeted, is one example. It is also true that oppressed minorities (including the oppressed minority of which I am a part, gay men) have sometimes asserted their need to arm themselves for self-protection. I am more sympathetic to this argument for gun ownership than any other, but I am still not convinced (even in my own case). Any society in which I am allowed to carry a gun for my own defense is one in which my victimizers are allowed to carry many guns with which to shoot me. I would rather live in a society where no one has a gun than one in which I have to carry a gun because my assailants are likely to carry one too, and I believe I am significantly freer from the chance that a local group will force their way of life upon me if people are not allowed to carry firearms.

Little needs be said against the “defense from external tyranny” argument. It seems patently obvious that any modern war in which a foreign power attempts to take over the USA will be fought most effectively by the standing forces of the state. Such a war (if it is not immediately decided with nuclear weapons) will likely involve a prolonged air war, perhaps naval blockades, missiles raining from above. One’s personal firearm will avail naught.

In the highly unlikely event of a foreign invasion, I concede a personal firearm might be of use to defend oneself and one’s family. Widespread ownership of a firearm by members of the population may slow the advance of an invading force, or even cause such losses as to make the invasion impossible to sustain. But it would still be better to prepare for such a situation by training a force of citizens who pledge to respond to threats to the homeland, rather than by allowing random individuals to own a gun. If the goal is to prevent tyranny, the responsible answer is not to allow individuals to own firearms as they please (thus creating a host of undesirable public health consequences), but to train a proper National Guard.

The Only Defense Against Tyranny is Civil Society, Which Gun Culture Erodes

In the final analysis, the only sustainable defense against the threat of tyranny is civil society. We must develop a culture and a set of social codes which reinforce and promote the democratic rights of individuals, and which can imbue our political representatives with that same respect. Tyranny is not best resisted with guns, but with relationships: the positive relationships between citizens in a society which organizes itself for the benefit of all its members. The best way to avoid tyranny in the United States is not to arm each and every citizen, but to invest heavily in public services, improving our schools and healthcare systems, redistributing wealth to the poor, and ruthlessly eradicating racial and economic inequalities. That way, instead of feeling hopeless, angry, and afraid, and turning to demagogues, people will feel invested in a society which invests in them. The truth is that when it comes to tyranny, by the time guns are required, it is already too late.

Ironically – and it is a deadly irony – the same gun culture which presents guns as a defense against tyranny erodes the bonds of trust which make anti-tyrannical civil society possible. By fomenting fear between people, and purveying the notion that neighbors are not to be trusted, those who wish to sell more guns exploit our anxieties to make money. As they do this, trust in civil and governmental institutions breaks down, and people begin to believe that the system does not serve them. In their frustration, they become more likely to turn to demagogues and their tyrannical impulses, instead of turning to their neighbors to organize and create a better way forward. Gun culture thus erodes the very bulwark against tyranny it claims to provide.

Support my work on Patreon. Photo by Sebastián León Prado on Unsplash. 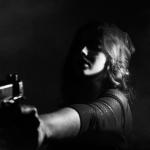 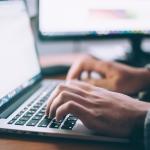 April 6, 2018 The Atheist Alt-Right Connection
Recent Comments
0 | Leave a Comment
Browse Our Archives
get the latest from
Nonreligious
Sign up for our newsletter
POPULAR AT PATHEOS Nonreligious
1