Pete Buttigieg is Reclaiming Religion from the Right

Mayor Pete Buttigieg’s campaign for the Democratic presidential nomination has electrified large parts of the Democratic electorate, and seeing him on the debate stage it’s easy to see why: he is a forceful, focused speaker who projects a calm strength allied with a quiet moral intensity. He seems honest and open to learning from his mistakes. As the first openly gay candidate for the presidential nomination of a major party in the USA, his identity and backstory have a unique appeal – and parts of the LGBTQIA+ community are rallying behind him.

He is also – quite consciously – wielding the language of religion to support Democratic policies in a way the nation hasn’t seen since Jimmy Carter. His repeated framing of his moral approach in terms of his religious views – and his challenge to Republicans regarding the tensions he sees between their proclaimed Christian faith and their political actions – are part of a narrative strategy which has the potential to reshape the political and religious discourse of America.

Buttigieg’s strategy is markedly different to the approach of Democratic politicians toward religion. At least in my lifetime, Democrats have seemed content with the mantle of faith being claimed by Republicans, and have presented their social and political perspective in increasingly secular terms. When Barack Obama discussed his faith – which he tended to do most fulsomely at explicitly religious events events like the National Prayer Breakfast and the Easter Prayer Breakfast, and in response to national tragedies when the President’s pastoral role is foregrounded – he tended to do so in an ecumenical manner, framing his personal faith as part of his own motivation to heal the divisions in the nation. His focus was on bringing people together across faith divides, not on how particular policy perspectives were rooted in religious convictions.

Speaking at Riverside Church in 2017, after her presidential bid, Hillary Clinton explained her philosophy regarding the relationship between her religious views and her politics:

“If you were a person of faith, that should be evident in how you treated other people and what kind of life you lived. So, I didn’t go around talking about it a lot, but it certainly was foremost in my mind. I’ve tried to express it, sometimes more effectively than other times, over the course of the last twenty or thirty years. But I’ve tried to be guided by it, even more importantly.”

For H. Clinton, faith was expressed in action, not in words, and was thus implicit in her politics but rarely made explicit. Many Democratic politicians have walked this road.

Buttigieg’s approach is different: he is using the language of Christianity to describe the moral foundations of his political worldview, and connects his understanding of Christian teachings with specific policy proposals. The link he is drawing between his Christianity and his politics is much more direct and vivid than we tend to hear from Democrats: he says clearly how his faith motivates specific policies. He is also content – in a way previous Democratic politicians have rarely done – to directly challenge Republicans about the contradictions between their expressed religious values and their political actions.

When Mayor Pete, speaking at SXSW, criticized Mike Pence for his stance on LGBTQIA+ equality and his support for Trump, he asked “Is it that he stopped believing in scripture, when he started believing in Donald Trump?” From a Democrat, this weaponization of religion is astonishing. Republicans have been doing this for decades, questioning the religious values of progressive Christians when they didn’t conform to conservative political positions, but Democrats have hardly ever fired back. Buttigieg is firing back, and on all cylinders: in the recent Democratic debate he said “a party [that claims] God would condone putting children in cages has lost all claim to ever use religious language again.” The directness with which Buttigieg associates his personal religious beliefs with his policy positions, and his willingness to call out what he sees as religious hypocrisy among conservatives, is genuinely new in US politics, and is a defining feature of Mayor Pete’s campaign strategy.

As an atheist, I’m uncomfortable that religion is such a huge part of American politics. When politicians start linking their policies with their faith I worry that the secular nature of US government is being further eroded. Politicians should always justify their policies with arguments open to all, regardless of their religious or nonreligious perspective, and no law should be passed purely based on faith.

At the same time, I recognize that, in a country as deeply religious as America, progressives must reclaim the language of religion from the right, who have held that terrain essentially uncontested for far too long. Buttigieg is reclaiming it wholesale, harnessing the force of a newly-energized religious left to supercharge a new form of moral discourse in America – one which is putting progressive values in touch with their moral roots. This will undoubtedly enamor him to many American voters, while putting conservative Christians on the defensive – something which hasn’t happened for many decades. For that, this atheist salutes him. 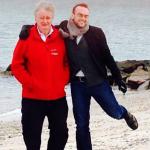 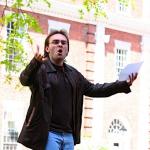 July 10, 2019 Running From the Classroom
Recent Comments
0 | Leave a Comment
Browse Our Archives
get the latest from
Nonreligious
Sign up for our newsletter
POPULAR AT PATHEOS Nonreligious
1