Last week, skeptics descended on St. Louis. For the first time in its more than ten year history, Skepticon – one of the largest conventions in the USA for skeptics, atheists, agnostics, Humanists, and the secular – was held not in Springfield, Missouri (its ancestral home and birthplace) but the Gateway to the West. I first attended Skepticon back in 2011, and the differences between that convention and this reveal a shift in priorities for the secular movement – or at least for some of it.

My first Skepticon – the fourth of its name – was primarily focused on two things: science, and the non-existence of god. These were the passions of organized nonreligion back then. It was a time of debates: debates about the existence of god, and debates about the best way for nonreligious people to confront and counter the outsize role religion plays in US public life. The participants were mostly white, and mostly male. The speakers list of that 2011 con shows that of the 16 presenters, 11 were white men, four were white women, and there was a lone speaker of color (a brave Hemant Mehta).

Skepticon 11 couldn’t have been more different. This year, of all the main presenters, there wasn’t a single white man – in their place, instead, a queer and colorful array of social justice warriors, exploring topics like intersectionality, race and racism, and secular ritual. The participants, too, were notably more diverse, with more women and genderqueer people than I have even seen at a skeptics event.

This is a marked shift in a relatively short time: something has happened to organized secularism, such that its priorities and population have rapidly changed. Today, there is a deepening rift between two wings of the movement, and the changes in Skepticon demonstrate this perfectly. The new rift in the secular community, it seems to me, parallels one deepening in the culture at large: it is between those who are on board with contemporary social justice culture, and those who are not.

In the community of skeptics, this rift is filled with lava: there is an incredibly intense animosity between those on different sides, and the divide seems impossible to cross. I think I know why this is. The USA, being deeply religious and deeply wedded to certain forms of woo, tends to dislike those who reject religion and supernaturalism. Thus people who value the fact that their beliefs are the result of rational scrutiny are treated as if they are wrong or even immoral, driving them to find community with like-minded skeptics. (I have observed that in the countries and regions where religion and supernaturalism are strongest, so is organized skepticism – one drives people to the other.)

This community is to them a safe space. For the mainly cishet white men who originally found their home in organized skepticism, it was a place where they could feel valued, welcomed, and smart despite holding views which were not always esteemed in wider society. There they could say what was really on their mind. They could rail against the illogic of creationism and the dangers of dogmatism. They could relax, and be themselves, and be celebrated for being themselves. It was a place to celebrate skepticism qua skepticism, without the disapproval they experienced in the wider world. Safe spaces are intoxicating and beloved: sometimes they are the only place where those people can live into the fullness of themselves.

Yet organized skepticism was never safe for everybody. Those spaces, while affirming skeptics qua skeptics, consistently failed to address the issues which make wider society unwelcoming to everyone who isn’t a cis straight white man. Skeptic events had problems with sexual harassment. They invited mainly cishet white male speakers. They focused on issues which were of interest and importance to cishet white males (as well as a small selection of other issues where the connection with religion was particularly clear). Thus the movement was mainly a playground for white cishet men.

But skeptics are not exclusively cishet white men. There are plenty of nonreligious, atheist, agnostic, skeptical people of color, and queer people, and women etc. And of course we wanted to be part of the movement. Of course we wanted to see ourselves onstage and hear issues close to our hearts addressed. We wanted the tool of skepticism to be used to tackle the social assumptions and inaccurate perceptions which harm us – and we had every right to make that demand.

The problem, for the skeptic and secular movement, was that to exercise active skepticism regarding the structures of society outside religion is to confront systems which directly privilege the very population organized skepticism and secularism had hitherto best catered for. To be skeptical of racism is to implicate white people in it, to see how whiteness is constructed to benefit them. To be skeptical of sexism is to implicate men. To be skeptical of homophobia and transphobia is to implicate heterosexual and cis people. The very people who once found in organized skepticism a safe space were now being asked to do some work – to turn their skepticism on themselves, to ask serious questions about how their other identities benefited them and, by extension, marginalized others.

This is not much fun. It can be character-building and a profound source of personal growth, but it is not fun. It can feel isolating and painful and disempowering. Essentially my case is this: that as black skeptics, queer skeptics, women skeptics etc. started to demand their full place in the movement, the existing cishet white male cohort felt like they lost their safe space. No longer could they be the fearless reason-warriors battling religion, unproblematically on the side of good. Now, they had to investigate the ways in which they themselves benefited from a series of secular social structures every bit as powerful and unquestioned as any religion – the secular social dogmas of our age.

But it gets worse. Because organized skepticism and secularism is/was based around a certain set of prized values – freedom of speech, freewheeling intellectual engagement with ideas, hardcore rationalism – and because contemporary social justice culture is often portrayed as antithetical to these values, many former-movement-skeptics feel like their safe space has not simply been destroyed but subject to a hostile takeover by people who promote values opposite to those they cherish. To them, the secular movement has been perverted.

Hence, the anger. Hence, the feeling of dispossession bordering on rage. Hence, the deep insecurity which runs through neo-skeptic online forums and YouTube channels, the sense that they are trying to so hard to show that they are right about everything. Hence the grasping after anyone who will affirm them – even if those offering affirmation do so based on nothing more than a sort of secular anti-social justice faith.

This is both a sad and a happy thing. Sad because it is such a shame that a request to share space and examine some assumptions has driven many skeptics into what in its worst expressions is bordering an anti-social justice cult. Sad too, because skepticism and social justice are natural bedfellows: it is only through rational analysis of the structures of society that we can begin to challenge and change them. Skepticism should be the great handmaiden of justice, not its enemy – but that’s not how many people see things. That’s sad. Happy, though, because the new skeptic and secular movement showcased by Skepticon 11 is simply better. It is open to more people, and is more open-minded too. This is a win for skepticism and for social justice – whatever those who have left might think.

August 10, 2019
Five Years Since Ferguson - The Disillusionment of One White Liberal
Next Post 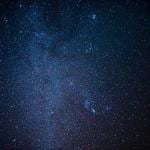 August 21, 2019 My Father's Soul
Recent Comments
0 | Leave a Comment
Browse Our Archives
get the latest from
Nonreligious
Sign up for our newsletter
POPULAR AT PATHEOS Nonreligious
1

India's nightmare ignited by religion, quackery...
The Freethinker
Related posts from Temple of the Future

The Problem of Evil In The Reason for...
Christian theology has wrestled since its inception with the problem of evil....
view all Nonreligious blogs
What Are Your Thoughts?leave a comment
Copyright 2008-2021, Patheos. All rights reserved.
error: Content is protected !!