I stepped up onto the stage to do my weekly duty of giving the announcements, ask for money for our church, and pray. I also was tasked with making a seamless transition from the heartfelt song sung prior to the clunkiest part of the morning and then back into meaningful praise and worship afterward. Prayer was often the ‘go-to’ for this transition. It wasn’t communicating information, but it also wasn’t singing a song. It was a spiritual act that would allow our worship team to get their instruments ready, and allowed for the sound crew to be ready to hit all of the right buttons.

As I prayed, the lights dimmed in the auditorium, and through the speakers came a melody that followed my pattern of speaking. The undertone was perfect and it would allow our parishioners to experience perfect ambiance when they opened their eyes to sing to the God of the universe. I said, “Amen”, softly and quickly and quietly exited the stage so that I wouldn’t be a ‘distraction’ to the ‘real’ show.

It is time to rethink the prayer time in a gathered church service and here’s why.

Prayer is not a Transitional Element

I argued this for years at our church. If we really thought that this was a spiritual discipline and invited people to engage in it on a daily basis, personally, then why would we use it exclusively in our services to transition from one element to the other? Prayer simply became a means to an end, minimizing the importance that we seemed to place on it in word only, making a mockery of it in practice. Jesus modeled prayer as a primary end, not as a means to anything. With so much on the line, the night before he died, he took meaningful time to pray! It is recorded as Jesus asking God to ‘take the cup from him’ as he knew what was about to occur with the crucifixion and the sin of the world laid to rest on his shoulders.

The end goal of this prayer was not a transition to the real work of Jesus ministry. It was a necessary communication with his Father asking for any other possible way to the same outcome of forgiveness for those that wanted it throughout all time, space, and geography. It was a conversation that Jesus and his Father were having given the circumstances. Other recorded instances have Jesus going away to pray, even when the fate of the world was not upon his shoulders imminently. He would retreat to be with his Father and converse.

Maybe the primary issue with our church services are that the end goal is a quality product instead of a redeeming experience for those that are involved. This may be why I was invited to pray as a transition between more important elements, like worship or sermons.

Weekly, I would receive the order of service from those that planned the service. My name was often on the roster as the one that would offer the transitional element of prayer to get us from one spot of the service to the next. I made it my mission to be very good at what I did, and think through what I would say. I even routinely practice the prayer that I would say out loud. Sometimes, I would make notes of the element in the prayer that I was going to pray. On less prepared weeks, I would get up and ‘wing it’ knowing that it would not be as well done. And it wasn’t. One week, I was summoned to the Boss’s office after my ‘less than prepared’ prayer was uncovered, and was chastised for not taking the time to prepare effectively.

It’s a good thing that God doesn’t require me to prepare for prayer in my own personal life. In fact, he invites me to come to him as I am. My present state of mind, body, and soul should all be on display as I interact with the God of the universe. He doesn’t require my acting in front of him. The words that I say don’t need to be eloquent or rehearsed. God’s desire is authenticity and communication, not perfection and polish. Clearly he is well aware of my own personal failings, and to try and dress myself up would be unfruitful and would make a mockery of God.

I put way too much time into practicing my prayers like my 8 year old practices her spelling words at home. I could have spent that time genuinely praying for those that were a part of our church. I could have spent the time praying that God would grant me the wisdom for the day that I lacked. Had I spent the time praying for the things that were part of my authentic self at the time, I might not have built a false narrative about myself to trick everyone into thinking that I had things figured out. Instead, I may have been more authentic with those around me, being a truth teller to myself and others, and being okay with who I was at the time. Maybe.

Try it. See what happens. My guess is that you will find other ‘spiritual’ ways to fill the gaps between non spiritual activities and spiritual singing and worship and sermons. My guess is that you will allow for replacements of prayer that fit the mood of the room, so that you can get the worship band on and off the stage. You might try a spiritual video, or a moment of silence, or you could try having an artist perform. In all of the substitutions for the act of prayer in a service, you can easily see that they are actors making a product quality.

Or you could let the service be clunky. You could add zero transitions between elements and instead let the worship team walk to the stage while there is nothing happening on the stage. You could just step off the stage when the announcements are done.

When trying one of the above, add a meaningful prayer time into the service and give it the space, time, and energy that you would give a rehearsed song or a prepared sermon. Would this increase the value of prayer among the people of God over the long term? 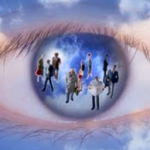 April 8, 2022 Attending a Local Church is Hard for a Former Pastor
Browse Our Archives
Related posts from The Addict Pastor

Progressive Christian
Attending a Local Church is Hard for a...
The Addict Pastor 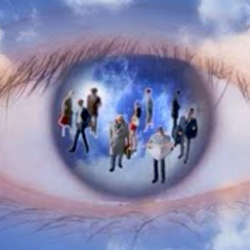 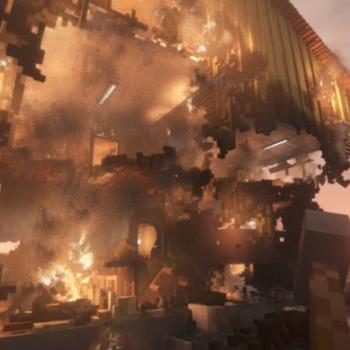 Progressive Christian
Deconstructing for a Better Spirituality
The Addict Pastor 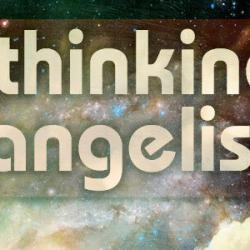