Genesis (How I Lost My Faith in God)

Yes I really am an atheist, and yes I really am married to a Christian Pastor whom I refer to as RevMo. There are many paths to or away from religion, but this is mine.

I was born and grew up in a small town in Western Massachusetts, the part of the state that most residents think is New York. Teddy Kennedy once said in a campaign speech that he had been all over the Commonwealth from Boston to Worcester, which is dead set in the middle.

My mother raised me in the Episcopal Church. For those unfamiliar, Episcopalian is similar to Catholic, but without all the rules. I remember our minister once referring to it as “Catholic-Light.” And during my life the church has been somewhat socially liberal. For example, they consecrated their first openly gay bishop in 2003.

I was baptized as an infant and spent the next five years of Sunday mornings in the church nursery until I was old enough for Sunday School. I learned all about God’s creation of Heaven and Earth, building Adam out of dust, then Eve from his rib, Noah’s flood, Moses’ Exodus, Jesus being born on Christmas and dying on the cross at Easter, and so on. And of course I believed these were all historical accounts.

I attended a church camp every summer. It was like other camps with swimming, canoeing, archery, arts & crafts, but also with praying. I didn’t care for it, but that had more to do with the other kids being mean most of the time. I’ve never been very athletic.

At age thirteen I joined a local youth group outside of my regular Episcopal church. At first it seemed like a good way to meet girls. I attended weekly and we did other events like weekend camping, bowling nights and going to large evangelical events. At the time I enjoyed it. I felt like I would pray and hear God speaking to me. I read the entire New Testament of the Bible at this time, wore a cross and talked about my faith often.

I constantly had doubts the entire time, but I didn’t talk about them with anyone and even tried not to dwell on them too much because I thought it would anger God. Even as a little kid, I lived in fear of going to Hell. It didn’t make me act any better. I just did things you could call “sins” and then worried about it later.

I remember arriving at camp one summer when I was fifteen. It was after dinner and we were having a meet and greet in the hall for the evening. And I found myself seriously considering “What if all this religion stuff, God, Jesus and everything just isn’t real at all?” I dwelled on it the entire two weeks I was there, but was afraid to tell anyone. And I hadn’t thought it through entirely yet.

A big part of it was that I was reading the Old Testament a lot at this point, and God didn’t seem especially loving in a lot of it. The entire time at camp I kept being told how much God loved me, and here he was doing these horrible things to people for even worse reasons. It no longer made any sense to me.

I sat down for several sessions with my pastor from the Episcopal church. I needed to talk through my doubts and I wasn’t sure where I expected to come out on the other end of it. He was actually reassuring and not at all judgmental. I was also surprised when he told me that he accepted evolution. He thought that it was guided by God, but that he did not take the creation story from Genesis literally. I did not walk away a believer again. If anything I doubted more.

I put down the Bible and started looking at other books, starting with “The Celestine Prophecy” by James Redfeld, which is a New Age-Spirituality book that felt helpful at the time, but was probably the worst thing for me while I was going through this transition.

I also read “Many Lives, Many Masters” by Dr. Brian Weiss, which was a supposedly true story about a hypnotherapist who regressed a patient to her past lives, so I also found reincarnation to be a comforting idea since it still allowed for something to come after death.

But even when I was at the height of this spiritual awakening, I never completely believed any of it. Coming from believing specifically Christianity to non-belief was a major journey. I still felt a deep need to believe something, and I had too much fear that dying was really an ending and there was nothing for my consciousness after that. That was scarier to me than Hell.

Sure I was no longer religious, but it felt important to me to think of myself as “spiritual.” Today I honestly can’t tell you what that means. The term “atheist” still had a bad connotation to me, but I most certainly was one because by definition the only thing you need is to lack belief in any gods. There are even atheist religions. Many Buddhists are atheists.

I also thought I could sense ghosts. It seemed like a neat ability and my mother said she could too, so I assumed it was something that ran in the family. I no longer believe in ghosts either.

When I told my mom I didn’t want to go to church any more, she told me I still had to. So we compromised. Instead of attending the service each week, I helped out in the nursery with the children who were too young for Sunday School. I tried to help with Sunday School, but I just couldn’t stand it, and it made me angry that I had been taught these things as history when I no longer saw them as real.

Later I ran into one of my old friends from the Youth Group. She asked if I was still going to church and I told her I wasn’t. She asked why and the only thing I could think to say was that I felt as though I had outgrown it. And she told me it didn’t matter what I believed because Jesus was real and he still loved me. I was angry about that for a long time.

In college I experimented with Paganism, Wicca and Reiki healing, but without any of the gods or worship. For some reason that all seemed plausible and I thought I could feel some of it working.

And it was about that time I saw the movie “Dogma” by Kevin Smith. A character in the film named Rufus, the Thirteenth Apostle, played by Chris Rock, spoke a line that resonated with me and helped me realize what I had been thinking since I stopped believing in God. He said, “I think it’s better to have ideas. You can change an idea. Changing a belief is Tricker.”

Warning! This video is NSFW (Language)

And this got me through a lot of ideas for the rest of college. Instead of seeking something to believe, I decided to have a fluid outlook on the reality of the Universe, which allowed for pretty much any possibility. It wasn’t until entering the work force that I had time to really think things through.

Eventually I realized that I never believed any of it. And all these ideas were neat as fiction and allowed for some interesting thoughts. But it occurred to me, what if the world really is exactly what it appears to be? Rather than come up with an idea and try to make the Universe fit into it, why not look at the Universe and see what ideas I can come up with that are more objective?

But at the same time, I found myself becoming more and more angry. The injustices in the world made in the name of a god really upset me and I was dwelling on it more than was healthy. I wasn’t just atheist; I was anti-theist. Plus I was still angry with myself for believing these things for so long. For my own well being, I needed to take my ego out of it, but that would take a long time. And that was also when I first met RevMo.

Next: Exodus (The Atheist Marries a Pastor)

When did you find or lose your faith in a god? 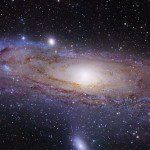 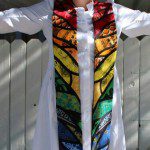 May 26, 2016 Exodus (How an Atheist Married a Pastor)
Recent Comments
0 | Leave a Comment
Browse Our Archives
Follow Us! 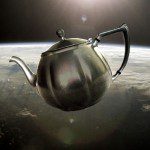 Nonreligious
How Does an Atheist Disprove God?
The Atheist + The Pastor 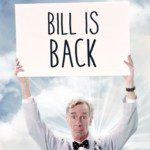 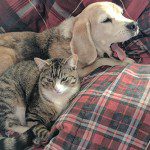 Nonreligious
I'm Back!!
The Atheist + The Pastor 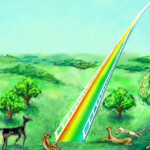