The end of the year has a tendency to heap a ton of responsibilities and tasks upon you. It has been a little over a month since my last post, and that is due almost entirely to work and some ministry-related projects that I have been working on. Of course, a bit of weekend laziness can also be thrown in to explain my absence. Never fear though faithful readers (all five of you), I am back with a new post, and on the cheery subject of resurgent paganism in America no less!

Ross Douthat (who I tend to really like, but whom some people I know can’t seem to stand; then again everyone I know likes Radiohead and I think they’re right on the cutting edge of “meh”) has a thought-provoking post up over at the New York Times on the possible resurgence of a unique form of American paganism in the post-Christian cultural climate.

While it is common knowledge that many Americans are increasingly occupying the “None” category of religious observance, rather than defined, denominational categories, that does not at all mean that religiosity and spirituality have declined. Indeed, if global statistics show us anything, religion and spirituality are on the rise, especially in the form of Pentecostal/Charismatic Christianity and Islam. But what of America? America’s religious identity has long been bound up with the various forms of Protestantism that founding generations brought with them from Europe. Most US Presidents have occupied some form of mainline or evangelical identity, with Episcopalian, Methodist, Baptist, and Reformed traditions being represented. There has still only been one Roman Catholic president (Kennedy) and a handful of nontrinitarian/deist presidents among the Founding Fathers’ generation (Washington was, of course, an Anglican, but he almost never took communion and his actual spiritual scruples are a bit hazy).

If one wants a rough barometer for religious identity in America, you can at least look to the religious affiliations of US Presidents to get an idea throughout history. One can even see this in the types of presidential candidates in recent memory. During the 2016 election, on the left side of the political spectrum Hillary Clinton stands as the epitome of a liberal, mainline Methodist, while Bernie Sanders is Jewish, yet seems to practice a vague spirituality of “togetherness” as evidenced by his comments in 2016: “My spirituality is that we are all in this together and that when children go hungry, when veterans sleep out on the street, it impacts me,” he said. “That’s my very strong spiritual feeling. On the opposite end of the spectrum, the various Republican candidates were all very religious, ranging from Roman Catholics like Marco Rubio, to a barely nominal Presbyterian who doesn’t ask for forgiveness and who doesn’t recite the Apostle’s Creed in the form of Donald Trump.

And as we all are aware, Trump (who again, I emphasize, doesn’t ask for forgiveness for his sins, calls the Eucharist a “little cracker,” and who refused to recite universal confession of Christian faith that is the Apostle’s Creed at George H.W. Bush’s funeral) won, with “evangelical” voters giving him much of a push into victory. Of course I use “evangelical” in quotes because much of the theology that many Trump voters and the various religious figures Trump has allied himself to is more akin to some form of populist magic than it is historic, orthodox Christianity. It is often a form of prosperity-gospel heresy that worships power and money in themselves. In this schema, God is not worshiped for his own sake, as He Who Is the Good , the True, and the Beautiful, but rather for what he can provide. God is an instrument to gain power and wealth. If he is worshiped and appeased it is only so that he will give you a new truck, a new house, or a new President. This faith is little more than ancient paganism with a thin veneer of cultural Christianity painted on its shambling face.

And this brings us back to Douthat’s column. Several years ago, Douthat wrote an excellent book on American religiosity and how much popular religion was rooted in some form of Christian heresy. Douthat’s premise in the book was not that America was becoming post-Christian, just increasingly heretical. However, recent trends seem to warrant an emendation to that thesis, Douthat argues. While heresies in America know no bounds, it may also be that a large swath of Americans are truly becoming post-Christian; but not post-religious:

I’ve become interested in books and arguments that suggest that there actually is, or might be, a genuinely post-Christian future for America — and that the term “paganism” might be reasonably revived to describe the new American religion, currently struggling to be born.

A fascinating version of this argument is put forward by Steven D. Smith, a law professor at the University of San Diego, in his new book, “Pagans and Christians in the City: Culture Wars From the Tiber to the Potomac.” Smith argues that much of what we understand as the march of secularism is something of an illusion, and that behind the scenes what’s actually happening in the modern culture war is the return of a pagan religious conception, which was half-buried (though never fully so) by the rise of Christianity.

What is that conception? Simply this: that divinity is fundamentally inside the world rather than outside it, that God or the gods or Being are ultimately part of nature rather than an external creator, and that meaning and morality and metaphysical experience are to be sought in a fuller communion with the immanent world rather than a leap toward the transcendent.

While I think more research needs to be conducted on this topic, Douthat may not be too far off. Again, if we look at presidential candidates’ religious proclivities as a rough barometer of American religion we might find some clues. The 2016 Democratic presidential nominees and their general constituency hovered somewhere between an anemic Protestant liberalism shorn of orthodox distinctives, and a vague universal spirituality of common humanity.  Likewise, while the Republican nominees—with the exception of an orange demagogue—all seemed to be deeply religious in one form or another, this was often tied to an American exceptionalism that valued power above imitating the Suffering Son of Man. If these characteristics are at all reflective of American religious sensibilities in general (and to some extent they must have some reflection, as political candidates mold themselves to be as palatable as possible for a given constituency), then it seems Douthat’s reflection might not be too far afield. Americans on the left and the right see things of ultimate worth not in the transcendent or in the New Creation that is to come, but rather as something that must be grasped here and now. Indeed, they see it as something to be grasped and harnessed as power.

If Douthat is correct and there is a form of resurgent paganism (albeit not oriented around the Olympian gods or the Aesir; though even then I would not be surprised if some were trying to revive such dark forms of idol worship) in our post-Christian Western world, then we Christians have a new task ahead us. How do we proclaim the good news of the Creator God’s defeat of evil powers (both human and demonic) in the person and work of Christ in such a climate? While I could speculate on the specifics, that would be little more than digression into abstractions. On some level though it is again a call to look to our forebears in the early Church. Especially before the legitimization of Christianity as the state religion in the fourth century, early Christians had to proclaim Christ to a majority pagan world who viewed the notion of the gospel as foolishness. In the process they also attempted to show their interlocutors what paganism was: a form of darkness that enslaves the worshippers to whom it promises power and prestige. How we as Christians living in the 21st century will go about doing something similar remains to be seen. Until then, let us look to “that great cloud of witnesses” who came before us and, through the empowering presence of the Triune Creator God, drove pagan darkness from the hearts and souls of millions. 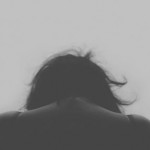 January 20, 2019 The Christian Response to Nation-States
Recent Comments
0 | Leave a Comment
"People are a bit embarrassed by the relationship between King and H. P. Lovecraft although ..."
MesKalamDug God and Stephen King
"For good King books that assist in visualizing the supernatural realm--or at least they did ..."
Steve Irby God and Stephen King
"https://i.pinimg.com/origin..."
Christiane Smith It Is Right to Hate Evil: ..."
"You are such αn αsshole, b."
Brand New Key It Is Right to Hate Evil: ..."
Browse Our Archives
Related posts from The Christian Revolution

Evangelical
"By the Rivers of Babylon We Wept..."
The Christian Revolution
TRENDING AT PATHEOS Evangelical