Trump, the politics of fear and racism: How our brains can be manipulated to tribalism

Tribalism has become a signature of America within and without since the election of President Trump. The nation has parted ways with international allies, left the rest of the world in their effort to fight the climate change, and most recently the pandemic, by leaving the World Health Organization. Even the pandemic was not a serious issue of importance to our leaders. We did not care much about what was happening in the rest of the world, as opposed to the time of previous pandemics when we were on the ground in those countries helping block the progress so long as it was China’s or the European Union’s problem. This marks drastic change from previous U.S. altruistic attitude, including during the World War II.

Whether Trump is the cause or effect of the changes in America’s collective attitude, an attribute of our current president is his eagerness and ability to use fear for intimidation of those who disagree with him, and subordination and shepherding of those who support him.

Fear is arguably as old as life. It is deeply ingrained in the living organisms that have survived extinction through billions of years of evolution. Its roots are deep in our core psychological and biological being, and it is one of our most intimate feelings. Danger and war are as old as human history, and so are politics and religion.

I am a psychiatrist and neuroscientist specializing in fear and trauma, and I have some thoughts on how politics, fear and tribalism are intertwined in the current events.

We learn fear from tribe mates

Learning from our tribe mates is an evolutionary advantage that has prevented us from repeating dangerous experiences of other humans. We have a tendency to trust our tribe mates and authorities, especially when it comes to danger. It is adaptive: Parents and wise old men told us not to eat a special plant, or not to go to an area in the woods, or we would be hurt. By trusting them, we would not die like a great-grandfather who died eating that plant. This way, we accumulated knowledge.

Tribalism has been an inherent part of human history, and is closely linked with fear. There has always been competition between groups of humans in different ways and with different faces, from brutal wartime nationalism to a strong loyalty to a football team. Evidence from cultural neuroscience shows that our brains even respond differently at an unconscious level simply to the view of faces from other races or cultures.

At a tribal level, people are more emotional and consequently less logical: Fans of both teams pray for their team to win, hoping God will take sides in a game. On the other hand, we regress to tribalism when afraid. This is an evolutionary advantage that would lead to the group cohesion and help us fight the other tribes to survive.

Tribalism is the biological loophole that many politicians have banked on for a long time: tapping into our fears and tribal instincts. Abuse of fear has killed in many faces: extreme nationalism, Nazism, the Ku Klux Klan and religious tribalism have all led to heartless killing of millions.

The typical pattern is to give the other humans a different label than us, perceive them as less than us, who are going to harm us or our resources, and to turn the other group into a concept. It does not have to necessarily be race or nationality. It can be any real or imaginary difference: liberals, conservatives, Middle Easterners, white men, the right, the left, Muslims, Jews, Christians, Sikhs. The list goes on and on.

This attitude is a hallmark of the current president. You could be a Chinese, a Mexican, a Muslim, a Democrat, a liberal, a reporter or a woman. So long as you do not belong to his immediate or larger perceived tribe, he portrays you as subhuman, less worthy, and an enemy.

Retweeting “The only good Democrat is a dead Democrat” is a recent example of how he feeds, and feeds off of such divisive and dehumanizing tribalism.

When building tribal boundaries between “us” and “them,” politicians have managed very well to create virtual groups of people that do not communicate and hate without even knowing each other: This is the human animal in action!

Very often my patients with phobias start with: “I know it is stupid, but I am afraid of spiders.” Or it may be dogs or cats, or something else. And I always reply: “It is not stupid, it is illogical.” We humans have different functions in the brain, and fear oftentimes bypasses logic. In situations of danger, we ought to be fast: First run or kill, then think.

This human tendency is meat to the politicians who want to exploit fear: If you grew up only around people who look like you, only listened to one media outlet and heard from the old uncle that those who look or think differently hate you and are dangerous, the inherent fear and hatred toward those unseen people is an understandable (but flawed) result.

To win us, politicians, sometimes with the media’s help, do their best to keep us separated, to keep the real or imaginary “others” just a “concept.” Because if we spend time with others, talk to them and eat with them, we will learn that they are like us: humans with all the strengths and weaknesses that we possess. Some are strong, some are weak, some are funny, some are dumb, some are nice and some not too nice.

There is a reason that the response to fear is called the “fight or flight” response. That response has helped us survive the predators and other tribes that have wanted to kill us. But again, it is another loophole in our biology to be abused. By scaring us, the demagogues turn on our aggression toward “the others,” whether in the form of vandalizing their temples, harassing them on the social media, of killing them in cold blood.

When demagogues manage to get hold of our fear circuitry, we often regress to illogical, tribal and aggressive human animals, becoming weapons ourselves – weapons that politicians use for their own agenda.

The irony of evolution is that while those attached to tribal ideologies of racism and nationalism perceive themselves as superior to others, in reality they are acting on a more primitive, less evolved and more animal level.

This article is republished from The Conversation, a nonprofit news site dedicated to unlocking knowledge from academic experts, under a Creative Commons license. 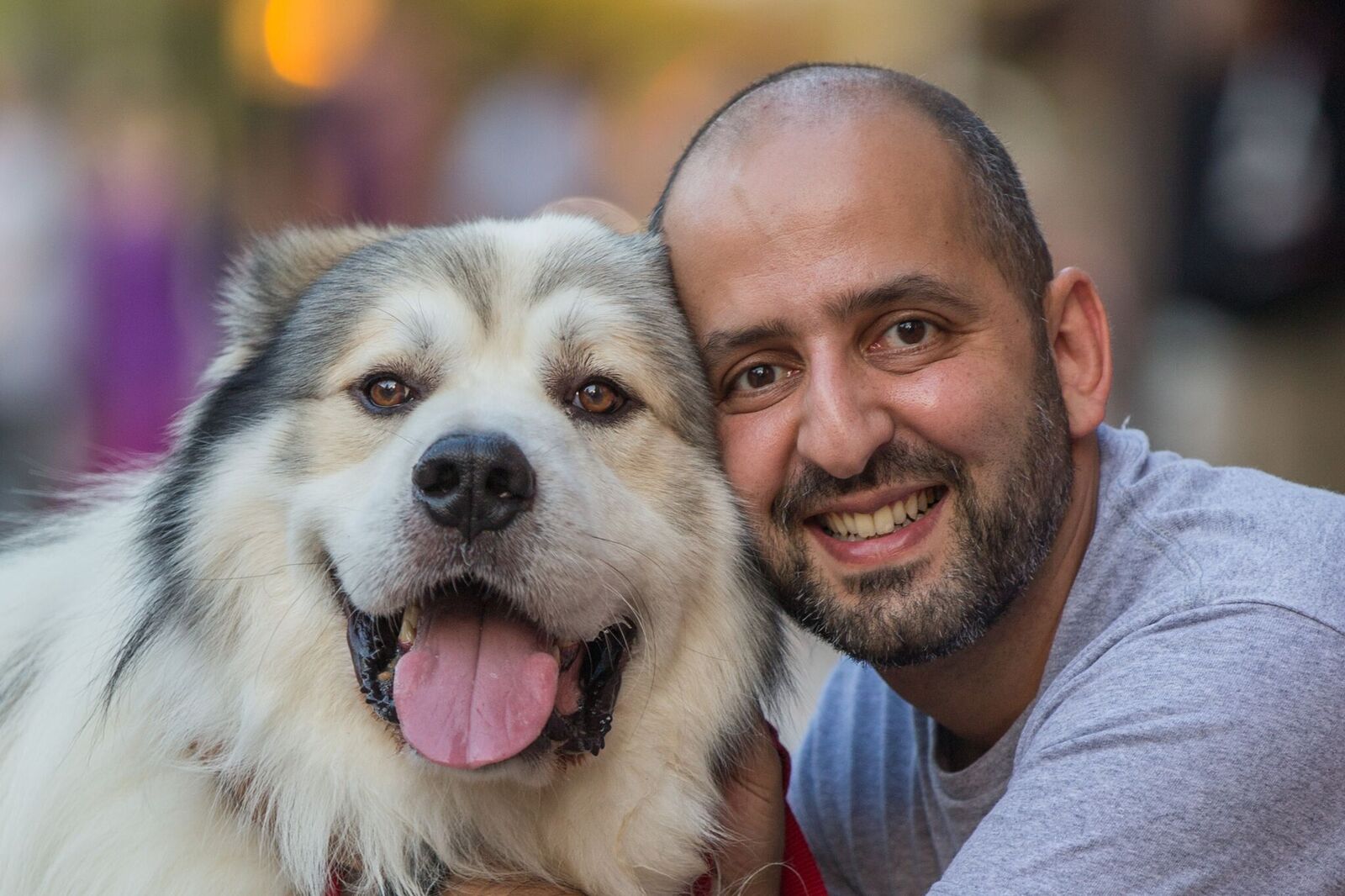 About Arash Javanbakht
Arash Javanbakht, M.D., serves as the director of the Stress, Trauma, and Anxiety Research Clinic in Detroit and is an Associate Professor of Psychiatry at Wayne State University. You can read more about the author here.
Previous Post

June 2, 2020
Different faiths, same pain: How to grieve a death in the coronavirus pandemic
Next Post

June 5, 2020 How to be as safe as possible in your house of worship
Browse Our Archives
Follow Us! 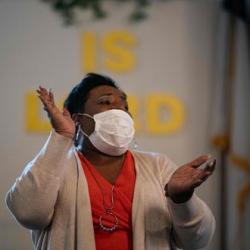 Public Square
Churchgoers aren't able to lift every voice and...
The Conversation 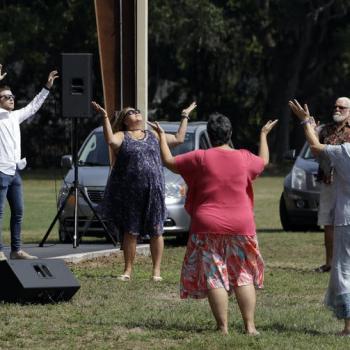 Public Square
Are religious communities reviving the revival? In the...
The Conversation 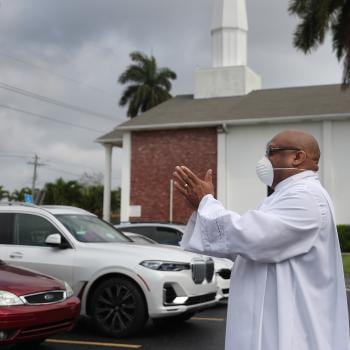 Public Square
How to be as safe as possible in...
The Conversation 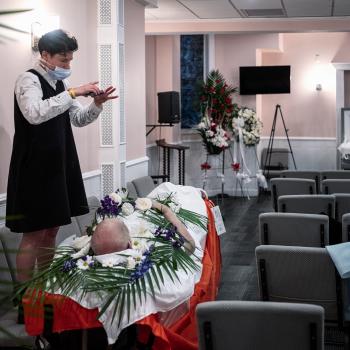 Why do we have so many different Bibles?
THE QUESTIONS: Why are there so many Bible translations in English on...
view all Public Square blogs
Copyright 2008-2020, Patheos. All rights reserved.